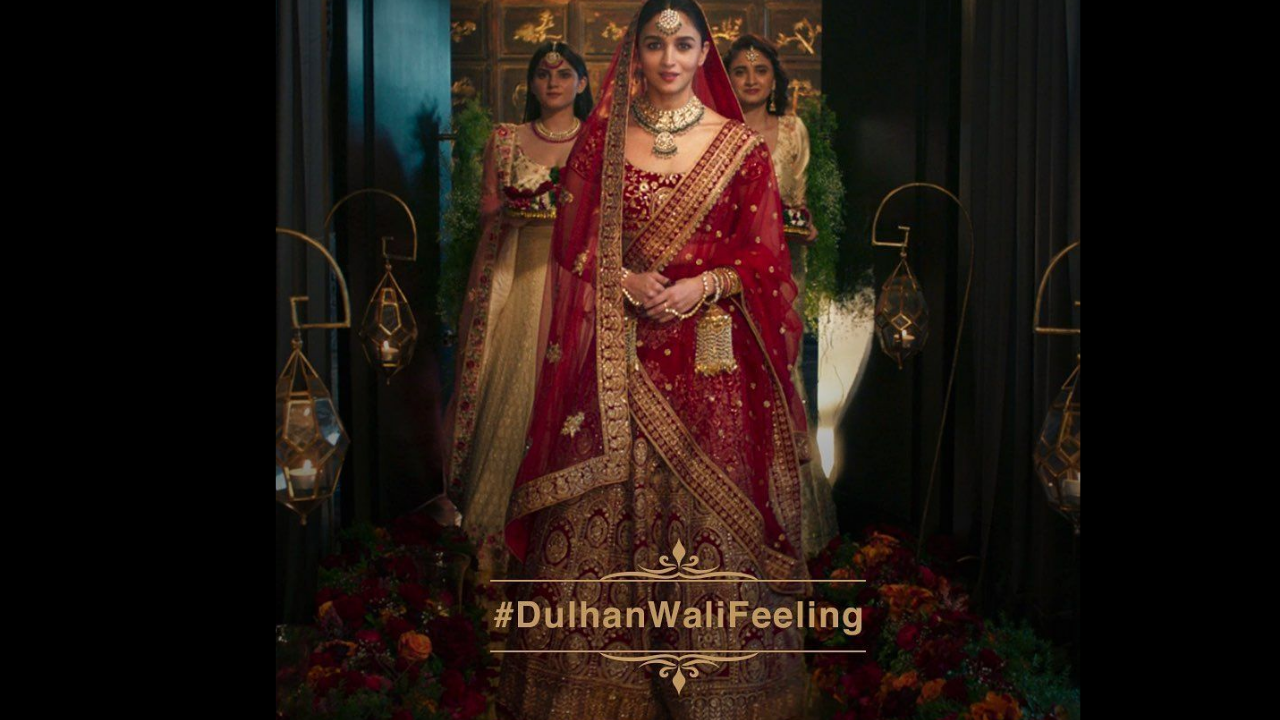 Bollywood’s youngest and most gorgeous Alia Bhatt undoubtedly is also the most daring and experimental when it comes to film selection and acting skills. Apart from that, the diva is also the fashion icon for the youth as her closet never fails to disappoint the fans and her followers. From casual wear to bridal, she carries her look like nobody else can. But, if you ask her fans they will all say she looks the most beautiful in the Indian attire, and we agree.

Ever since Ranbir and Alia came into the relationship, The cutest pair in Bollywood has never been free of gossip.Every now and then the actor’s marriage rumors starts touching the sky. And this time it’s currently on It’s peak as the couple left for Jodhpur ahead of Ranbir’s birthday the internet has flooded with photos of their vacation and many are speculating that Jodhpur is the place where the couple might tie a knot. We don’t know when is it going to happen, but we surely want to give you a glimpse about how Alia will look in the bridal wear.

Here are 5 times Alia Bhatt proved that she will be the most beautiful bride ever.

Alia Bhatt perfectly channels her ‘Dulhan wali feeling’ in Manyawar Mohey’s wedding collection. The actress is dropping some major bridal outfit goals and is looking absolutely gorgeous in the traditional lehnga with deep color.Alia caused quite a fuss when she modeled a bridal appearance for a bridal wear company. Everyone assumed that this stunning ethnic rani pink bridal lehenga was the actress's actual wedding lehnga. 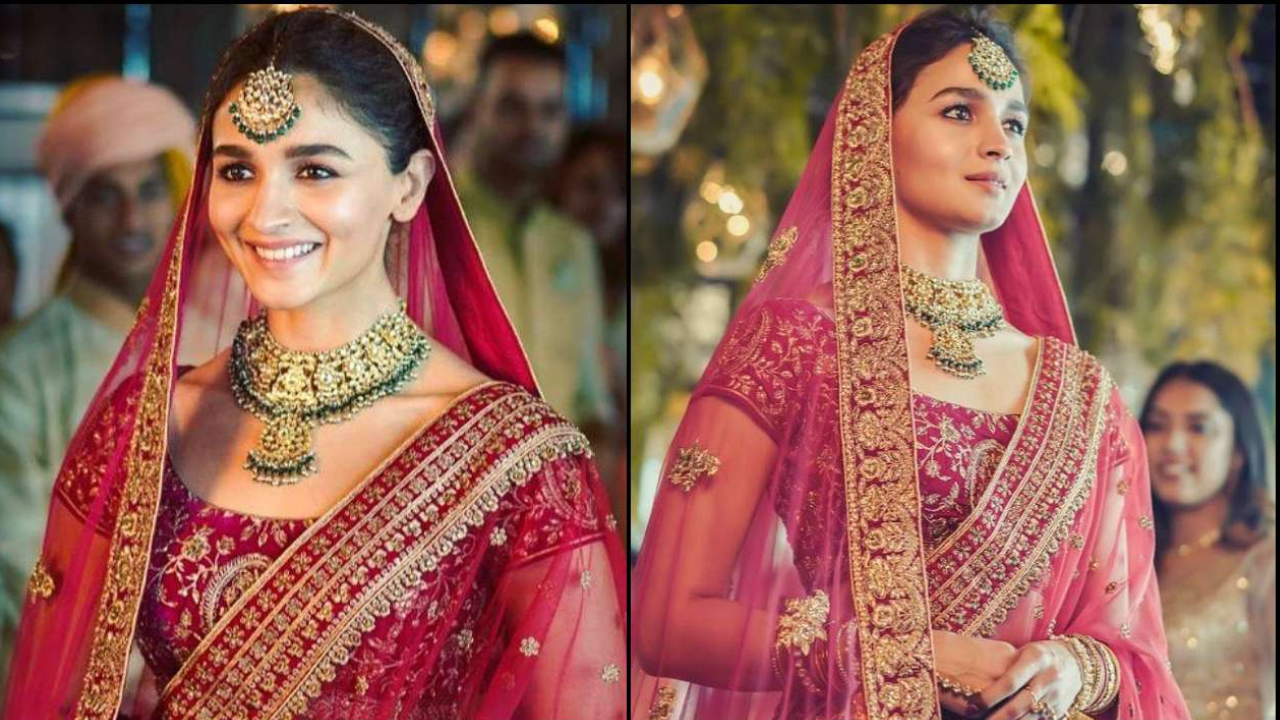 Those who watched Raazi knows well how beautiful and breathtaking gorgeous the actress looked in the bridal attire, with her hair carefully put in a bun and make-up in gentle pink tones that shined almost as brightly as her glittering pastel ensembles. Since the song depicted the year around 1971 Alia’s look is based on a vintage inspired bridal style. From the traditional maangtika to the big round nose rings which gives an authentic and traditional feel. 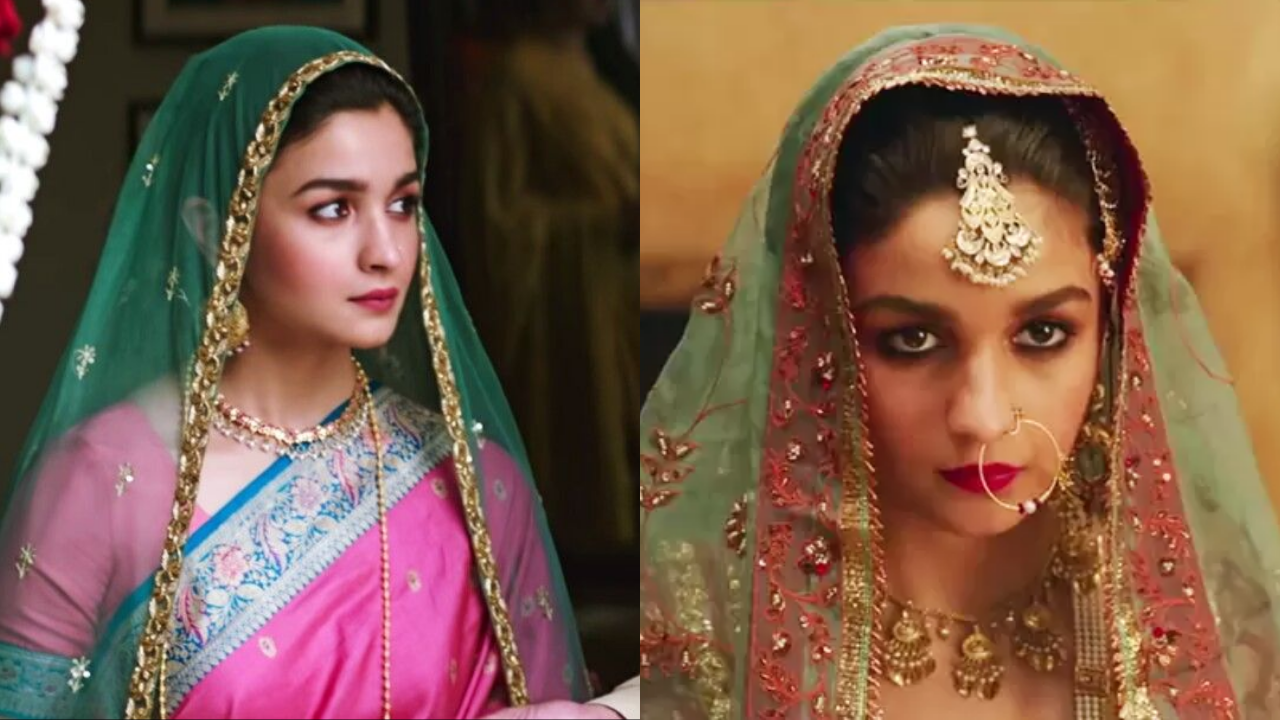 Alia Bhatt opted for a stunning Sabysachi lime green lehnga on the reception day of Sonam Kapoor and Anand Ahuja. The actress accessories the look with silver necklace and maang tika which matches with the border of the lehnga and finished her look with a dewy base, gentle smokey eyes, and a touch of caramel glossy lipstick in a half-up, half-down down hair. 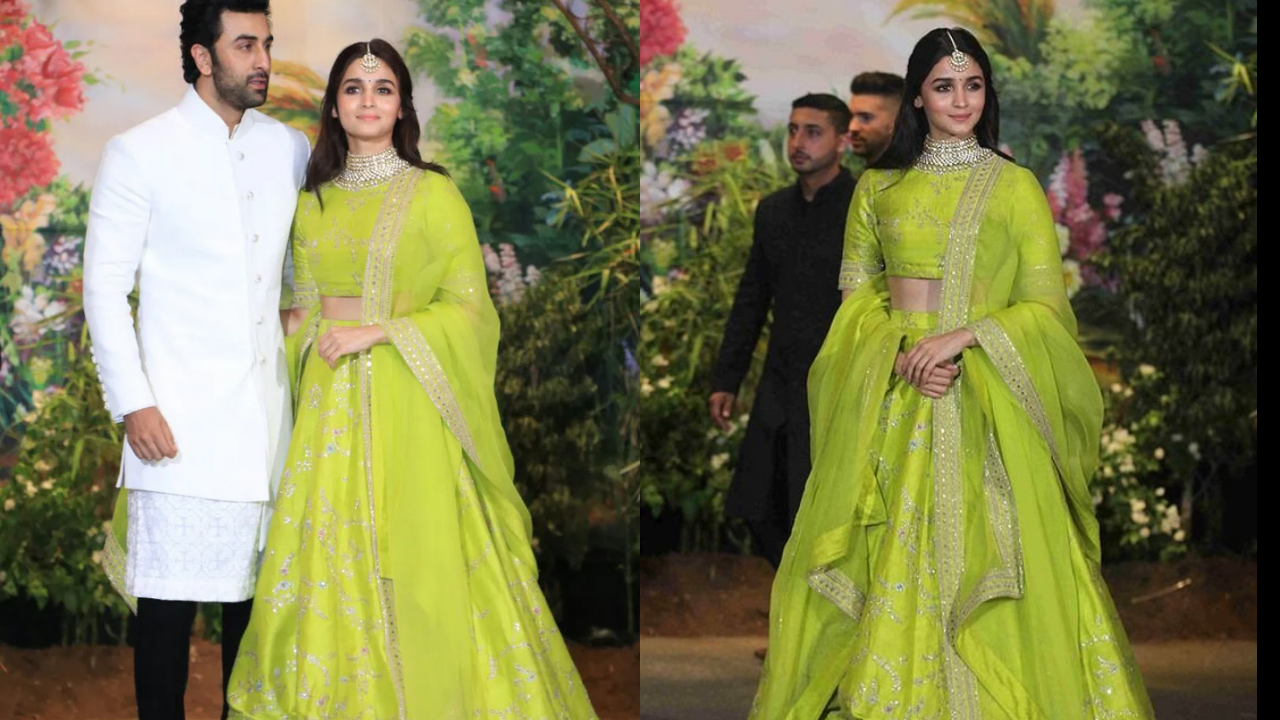 On the Indian Internet, the latest advertisement by apparel maker Manyavar-Mohey has sparked debate due to some traditional beliefs and rituals, but apart from that what caught the most attention was Alia Bhatt’s beautiful Red bridal attire, which left everyone in aweee. Alia’s look is completed by a heavy traditional jewelry set and a bridal make-up. 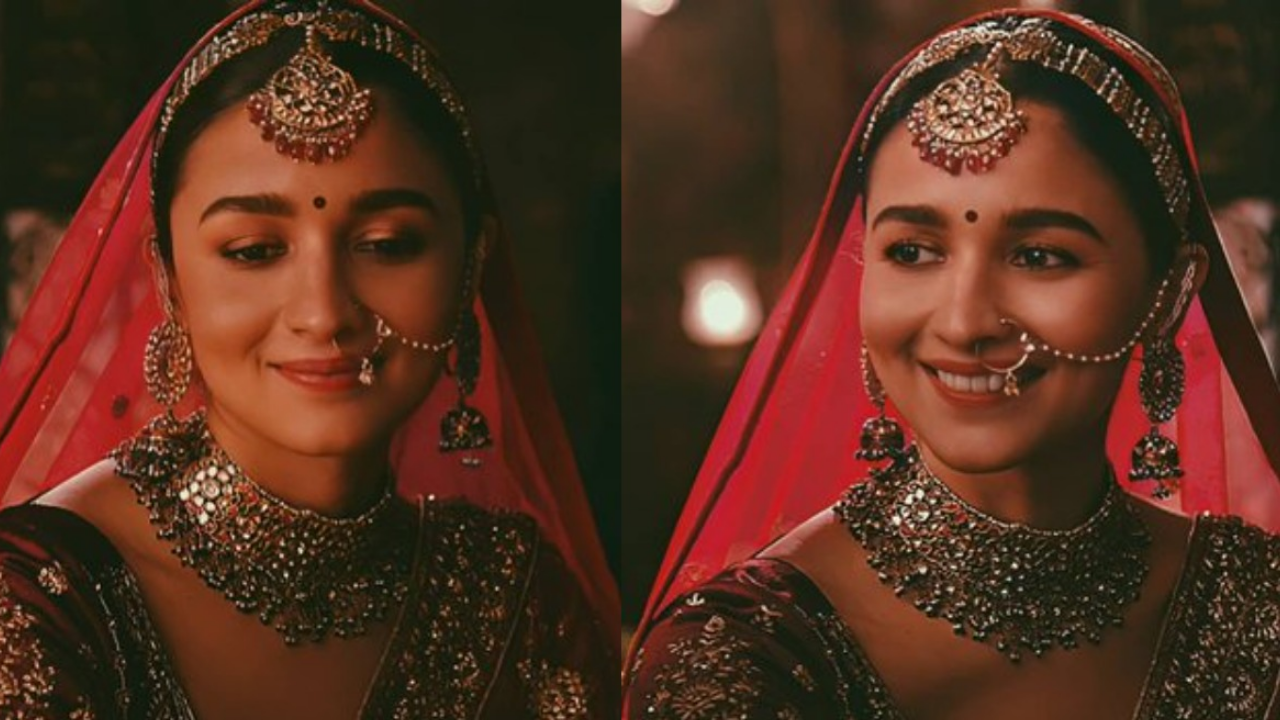 Not only  lehnga but Alia can also ace the traditional saree with her sophistication and way of carrying. She wore a beautiful Manish Malhotra designed  pink saree with a beige embroidered blouse with smoky eye make-up, hair tied in a bun and minimum accessories the actress know for sure how to make everyone go crazy over her traditional style. 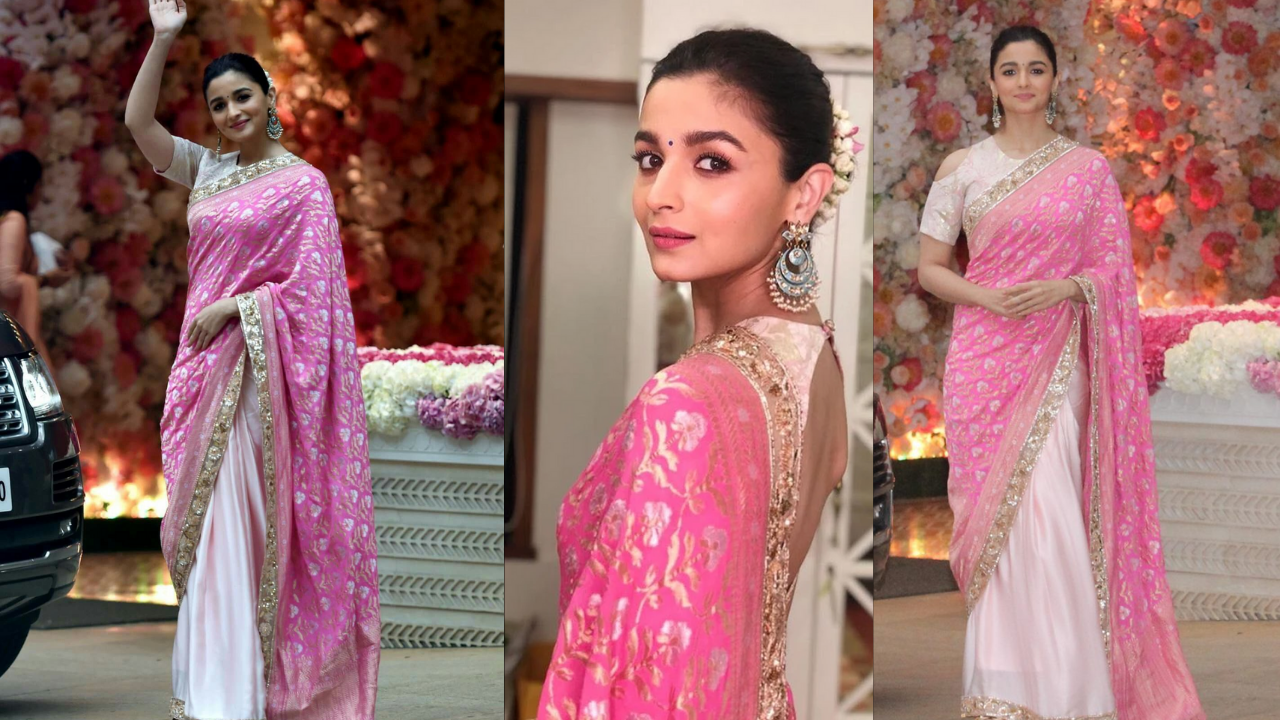