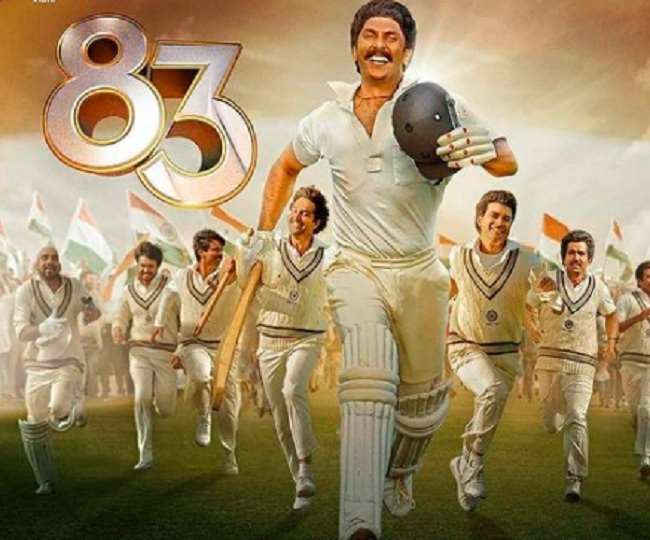 83 film is soon to be released worldwide and the star couple is busy in the promotions on the same. Recently Ranveer and Deepika were present in Dubai for a promotional event of the film, while the trailer of the film was played on the famous Burj Khalifa.

The couple was standing right in front of the tall Burj when the trailer appeared on the building. Both the actors looked full of zeal and enthusiasm for the upcoming release. While the pan shot picturing Ranveer appeared, Deepika was full of wonder and awe, and yelled: "Oh My God!"

As the release of the film is this year only, the actor couple seems to go all retro in the style while promoting their film, and why not, when the film is set in the 80s, it is a great idea to carry the same vibe in the garments and the styling too and look like 80s star couple.

Styled by Shaleena Nathani, Deepika's personal fashion stylist, Deepika was seen in a bright red garment by Valentino, it was a long and loose-fit top with red stockings of slight sheer finish,  paired with a red scarf. Deepika wore the long red diamond and ruby earpieces from Kamyen Jewellery, while the makeup artist Daniel Bauer gave her a classic retro winged eyeliner with a pink nude lip and thick eyebrows. Whereas Ranveer Singh complimented Deepika's red with the tones of yellow and golden. Styled in Gucci, Ranveer wore bright yellow pants with a high neck tee with golden sequins, paired with glitzy golden boots. Ranveer shared his look on his instagram, and he truly looks ravishing and stylish.

Ranveer will portray the character of Kapil Dev while Deepika will be seen as Romi Bhatia, Kapil Dev’s wife. The release date of the film is 24th December 2021, directed by Kabir Khan and produced by Sajid Nadiadwala, the film features other stars like Tahir Bhasin, Jatin Sarna, Chirag Patil, Ammy Virk, Pankaj Tripathi etc.