Alaya F shared her artwork on Instagram, Check her story, and Celebrities' reactions 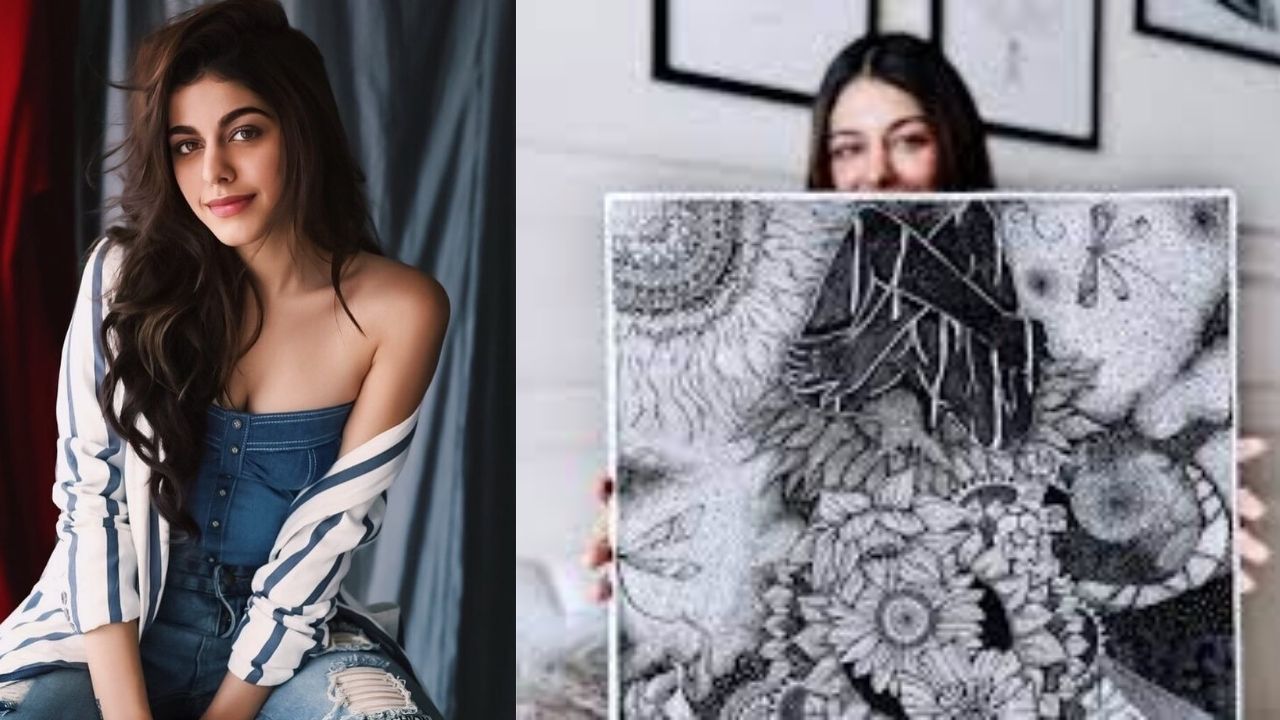 Bollywood: Alaya Furniturewalla, also known as Alaya F is a talented actor, but it’s not only her pretty looks that make her graceful. She is a fine young actor, with many other skill sets. Daughter of Pooja Bedi and Farhan Furniturewalla, and granddaughter of veteran Kabir Bedi,Alaya is also an artist.

The actress recently shared a piece of artwork that she made. She shared a picture of her with the picture, along with a close up of her artwork. She also described that according to her, the artwork is the depiction of the Conscious and Subconscious. She shared a caption,  “A long, long time later.. I’m finally done with this artwork!! This was a bigger piece than the ones I usually do because every tiny bit has just so much detail that it takes FOREVER! Swipe to see the details🖤➡️.To me this piece is about the conscious and subconscious mind but tell me what you see! -The Conscious & Subconscious-”

Alaya made her debut in 2020 with the film Jawaani Jaaneman with co-stars Tabu and Saif Ali Khan. The film discussed the issue of early pregnancy of unmarried women. She achieved Filmfare Award for Best Female Debut.

Her upcoming films include ‘U Turn’,  ‘Freddy’, and ‘Ek Aur Ghazab Kahani. There are no release date disclosed yet, but Alaya F will soon be seen on the screen again.