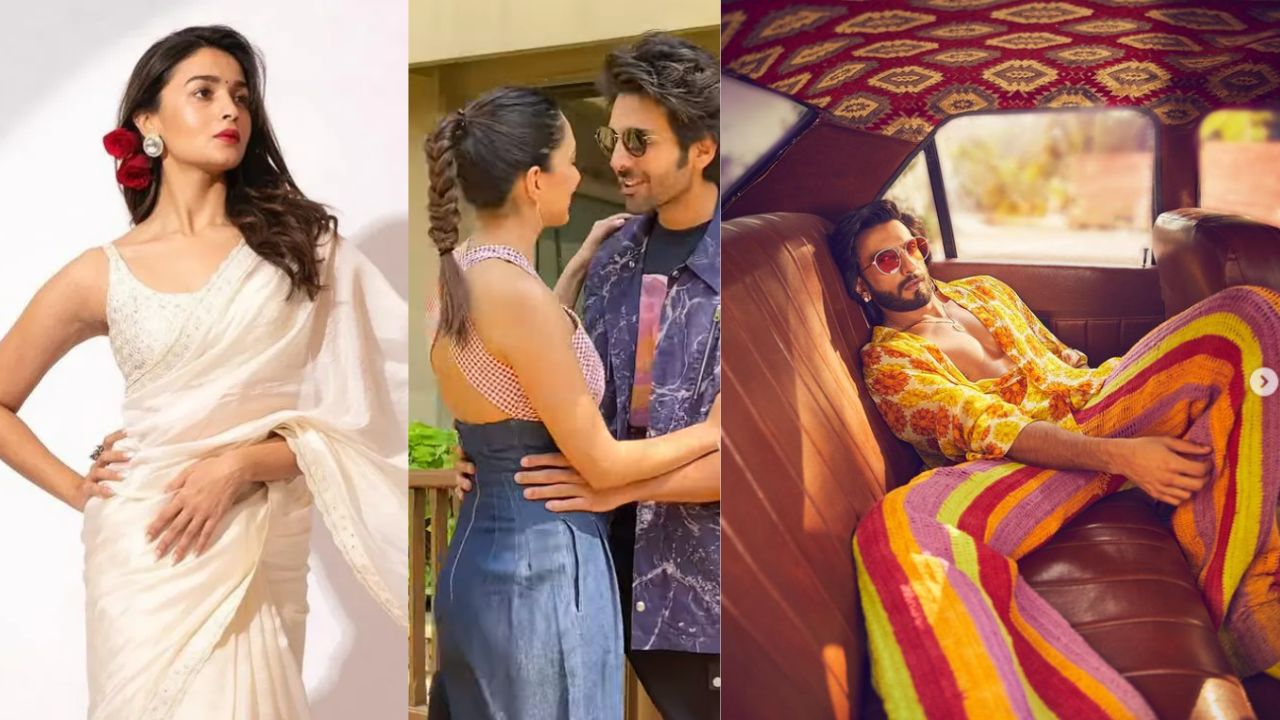 Bollywood is revolutionizing and we can see that from choice of the scripts, unique promotion styles, more fan engaging contents and social media influence. There is no doubt that we are shifting towards a new era of entertainment which is more like a mixture of millennial and Gen Z choice. Among all those changes one thing which has been prominently noticed is the film promotion off screen which is no longer limited to press conferences and reality shows. Recently we saw Kartik Aryan in a fan event for Bhool Bhulaiyaa 2. Similarly Ranveer Singh went Instagram live for Jayeshbhai Jordaar and likewise.

Special thing about these promotional events & interactions are the dress codes which are taking all the attention. When Alia Bhatt marked her post pandemic blockbuster entry with Gangubai Kathiawadi she made white saree turn into a complete fashion catalog and now Kiara and Kartik can be seen twinning in their outfits.

In the film Jayeshbhai Jordaar, Ranveer’s character is a Gujrati man who loves living his life to the fullest. However the film focuses on social issues and later we see Ranveer’s character transforming but the basic remains. It's also been said that his character is heavily influenced by the legendary actor Charlie Chaplin, who is well-known for his eccentricity in international film.

Ranveer was spotted sporting a multicolored funky avatar for the promotion to justify his character. He was also seen dancing on the street with the signature song of the film.

Alia Bhatt appears to have started a new fashion trend with her white saree. But have you ever noticed why Alia is always wearing a white saree for the film's promotion? White is said to be exceptional since it contains all of the hues of the rainbow. Just like the character Gangubai Kathiawadi embodies every feeling Celebration, Generosity, Sharing, love etc. her stylist too opened about this fact.

In addition to that white saree perfectly blends with the character of Gangubai since most of the time the character was seen draped in the same.

Ranveer Deepika took a retro turn for the promotion of their film 83 based on India’s win at 1983 world cup in captaincy of Kapil Dev. Since the film was slated to take place during the 80’s , actors went retro to give the audience the feel for the same.

The duo are all geared up for their big release in the upcoming month and both can be seen donning similar clothes with every public appearance. People are now more engaged talking about their outfits which means the film has successfully created a buzz and is gaining attention either way.

The actors have also chosen a theme of keeping things formal and semi formal matching to the character of the film who is the pilot and the co-pilot. Beside them looking absolute dapper in their outfits, a sense of sophistication & sincerity  in the film is already making it’s way in the fans heart.