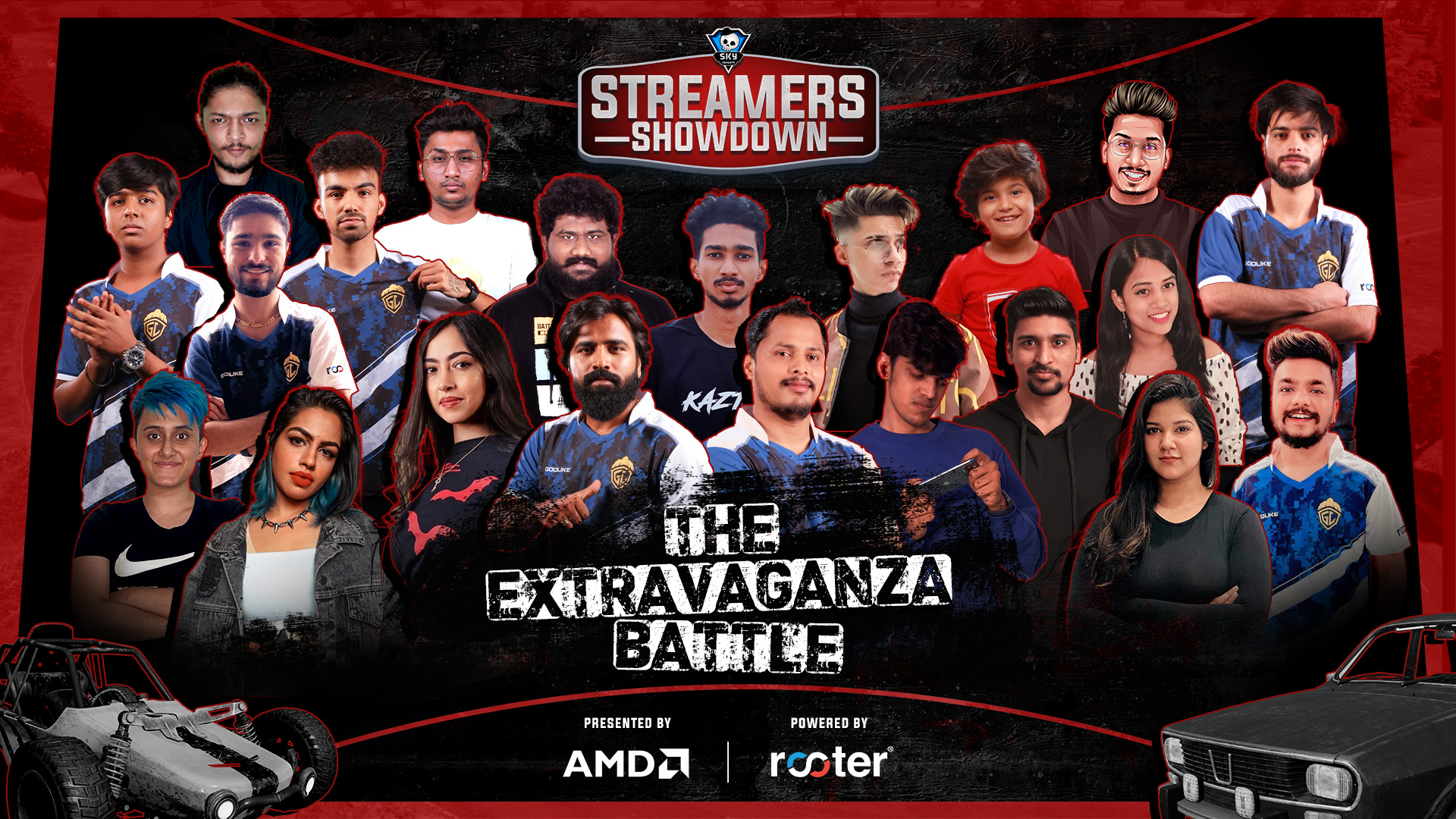 Skyesports is bringing the AMD Skyesports Streamers Showdown with 24 of the region's best creators competing in Battlegrounds Mobile India (BGMI) for glory and a share of the Rs. 15 lacs prize pool. The nine-day event will happen from July 7 to 15 and will provide an intensity never before seen in an esports tournament exclusively for creators.


The event will kick off with the Launch Party on July 7 and 8 with all 24 teams competing. This will be followed by the League Stage on July 9, 10, and 11. Here, the 24 teams will be split into three groups of eight teams each and will compete in a round-robin format (two groups at a time). Six matches will take place per day for a total of 18 matches. The top 16 teams from the League Stage will advance to the Finals.


The AMD Skyesports Streamers Showdown BGMI Finals will happen on July 12, 13, 14, and 15. The top 16 teams from the league stage will lock horns across four days for the ultimate glory. The prize pool split for each stage is as follows:

Shiva Nandy, the CEO and Founder of Skyesports said, “Creators play a very important role in the ecosystem and we are thrilled to bring an event worthy of these stars. The Skyesports Streamers Showdown’s Rs. 15 lacs prize pool and sophisticated format sets it apart from any other content creator event and will provide a level of entertainment which fans have never seen before.”


The AMD Skyesports Streamers Showdown will be broadcasted in six languages on Skyesports’ YouTube and Rooter channels. The stream will begin at 12:30 PM IST on each matchday. Fans will be able to tune into the competition in English, Hindi, Tamil, Bengali, Kannada, and Malayalam.