Apple’s Net Worth is More Than Amazon, Meta and Alphabet Combined- See Net Worth of these 3 Tech Giants 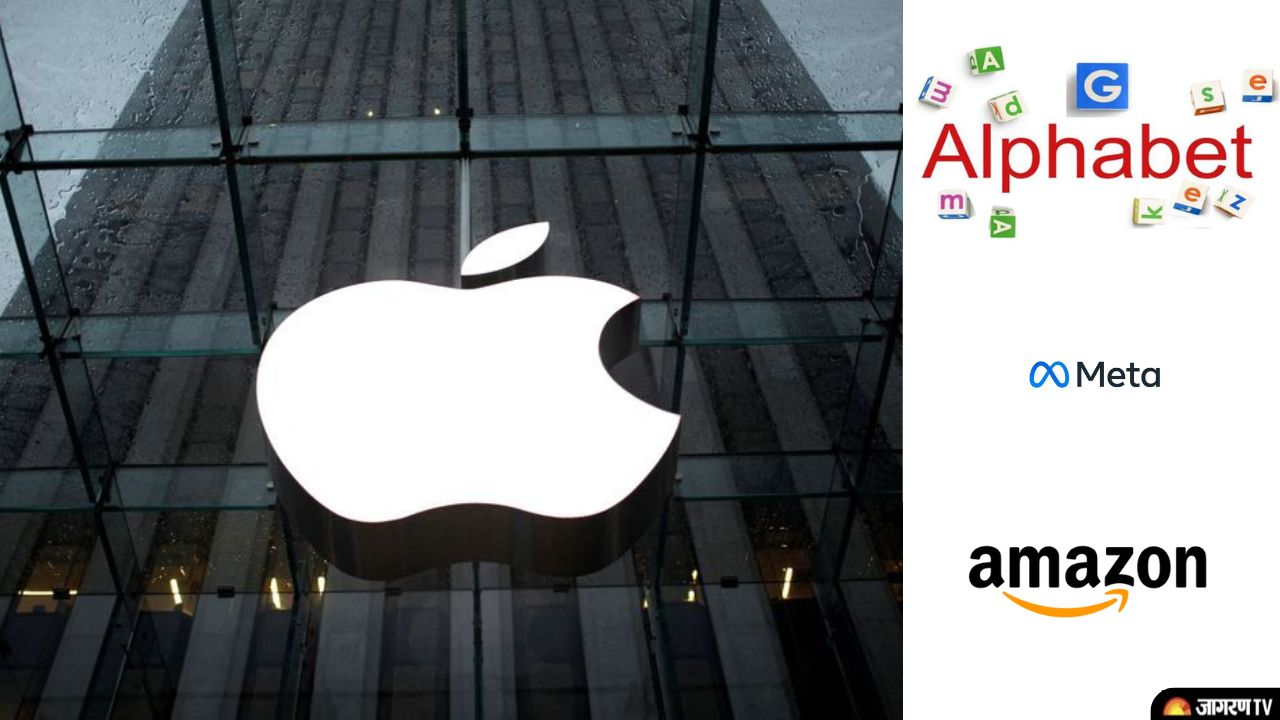 Net Worth of Apple: Apple is now worth more than Alphabet, Amazon, and Meta, combined, after closing trading on Wednesday with a market value of $2.307 trillion.

Net Worth of Alphabet

At the same time, the market capitalizations of its three tech behemoth peers totalled $2.306 trillion at the close of trading on Wednesday. According to Yahoo Finance, Alphabet's market cap was $1.126 trillion.

Net Worth of Amazon

Net Worth of Meta

Facebook parent Meta's net worth is $240.07 billion.
Last week, Big Tech stocks suffered a brutal selloff as a result of disappointing quarterly earnings. Apple's stock, on the other hand, has outperformed its peers after exceeding Wall Street's revenue and profit forecasts for the fourth quarter.

Following the release of its earnings, Apple's stock rose 8%. Following their earnings reports, Meta dropped more than 20%, Amazon dropped about 10%, and Alphabet fell by a single digit.
The earnings of Alphabet, Amazon, and Meta indicate that demand for digital advertising is slowing. The underwhelming results helped wipe billions of dollars off their market values as their shares fell, and pushed Amazon out of the trillion-dollar club.
Fifa World Cup 2022: History of Fifa world Cup and how it became the biggest sport of the world
यह भी पढ़ें