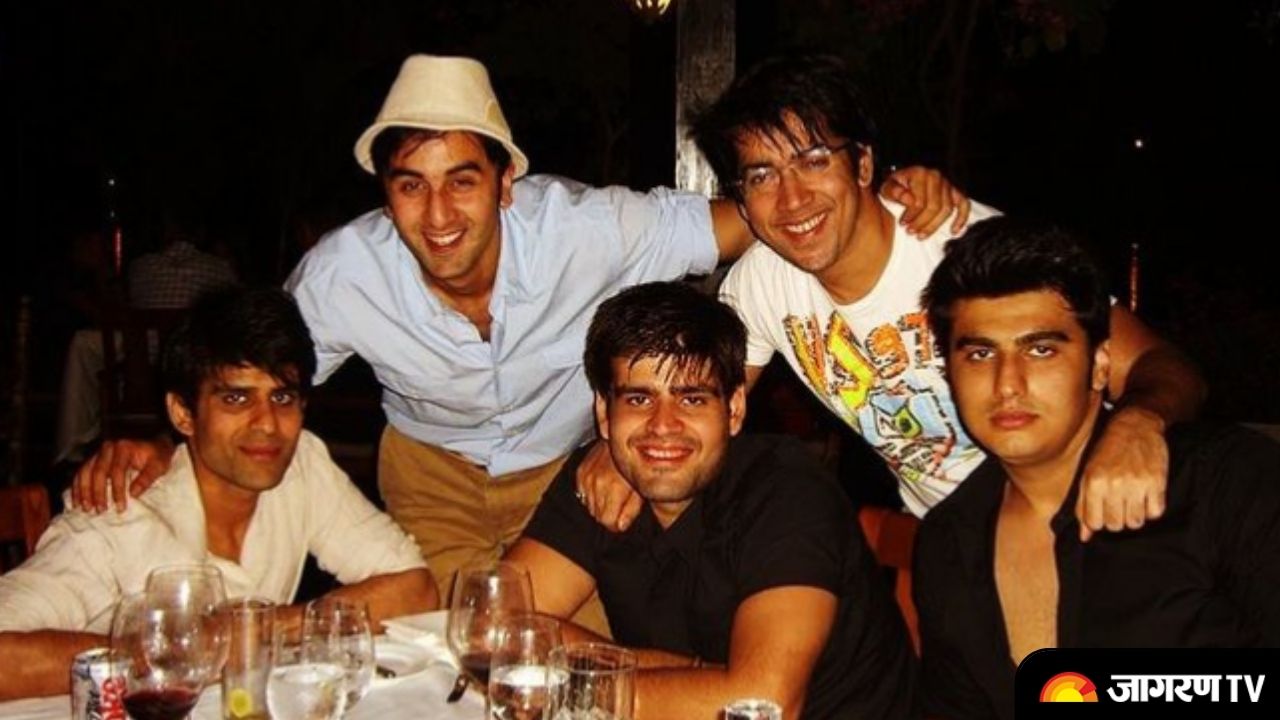 Bollywood heart robe Ranbir Kapoor is celebrating his 39th Birthday on 28th September. Wishing him on the day, Arjun Kapoor shared a throwback group picture with Ranbir Kapoor along with Rohit Dhawan, Juno Chopra, and his brother. With the post, Arjun also made a special request to Ranbir Kapoor’s girlfriend and actress Alia Bhatt to help him get better pictures with the Birthday boy.

Sharing the picture on Instagram, Arjun Kapoor wished for Ranbir Kapoor and wrote, “This picture only reminds me that I need better pictures with the birthday boy... @aliaabhatt I think you must do the needful ma’am…”

Along with this Arjun Kapoor also commented on his weight during that time and wrote, “PS - Also just realized my confidence at 21 knew no bounds just see my chest flaunting abilities !!!”

Meanwhile, Ranbir Kapoor is celebrating his birthday with ladylove Alia Bhatt in Blue city Jodhpur Rajasthan. The two were spotted coming out from Jodhpur Airport on Monday. They were reported to arrive through a private charter plane.

Speculation also suggests that the two have arrived in the royal place to hunt their wedding venue. But no official confirmation has been done so far.

Talking about their Work front, Arjun Kapoor was last seen in Bhoot Police with Saif Ali Khan. Soon he will be seen in  ‘Ek Villain Returns’ and ‘Kuttey’.

Ranbir Kapoor is also gearing up for his next big release Brahmastra starring along with Alia Bhatt and Amitabh Bachchan. Along with that he will be seen in ‘Shamshera’, ‘Animal’ and Luv Ranjan’s next project.