Auto Expo 2023: Top Cars launched and introduced in the auto expo on day 1 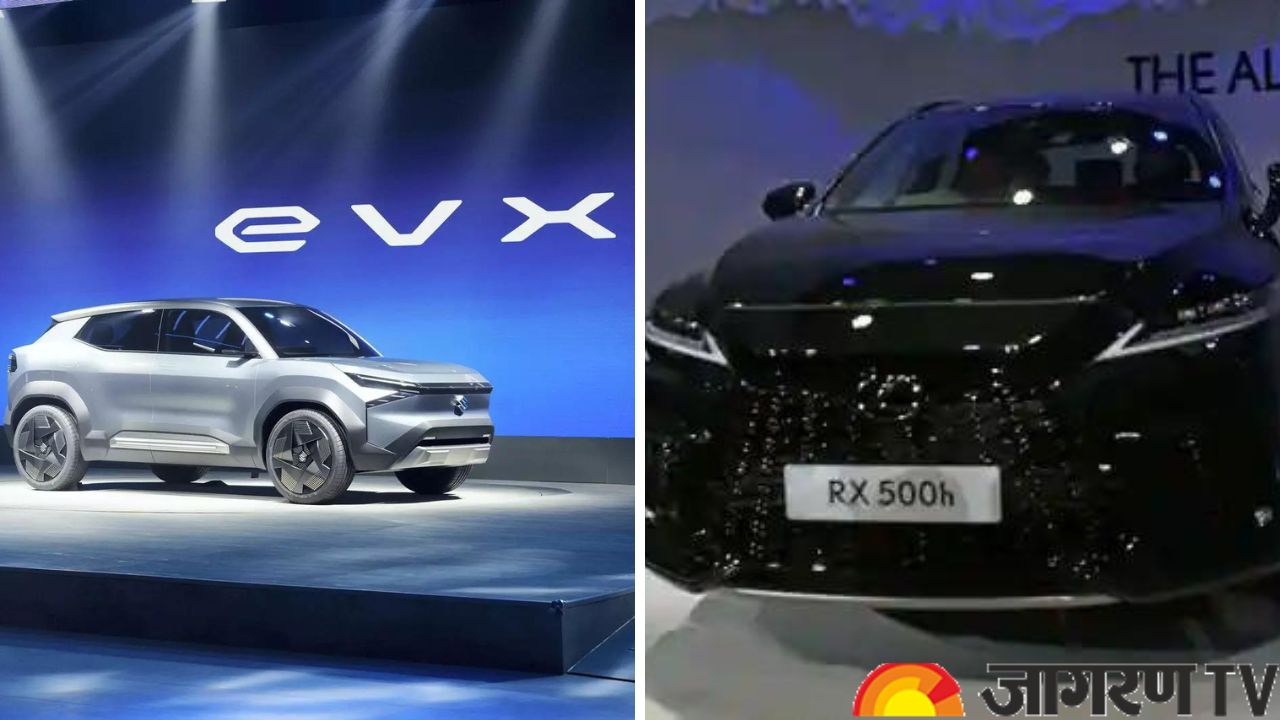 Auto Expo 2023: India’s biggest cars exposition has started after three years. The exhibition is currently in its sixteenth year. Public access to Auto Expo 2023, which takes place from begins on January 13. The first two days, January 11 and 12, were set aside for the media. And in the first day only we got to witness the launch and exposition of some new cars which will be a big success in future.

This year's theme of "Explore the World of Mobility" was enhanced by the fact that the majority of the vehicles introduced were electric. With the introduction of the Concept EVX by Maruti Suzuki and the display of the Tata Harrier EV, Tata Seirra EV, and Tata Curvv petrol variant by Tata Motors, Day 1 of the Expo came to a close. Let’s take a look at some of the cars that were introduced on the first day.

The Maruti eVX Concept was shown to kick off the 2023 Auto Expo. The business asserts that by doing this, it has strengthened its commitment to developing technologically advanced, environmentally friendly powertrain systems. Underneath the eVX Concept is a 60kWh battery pack with safe battery technology. 550 kilometres is the claimed driving range by Maruti Suzuki, despite the fact that power output has not yet been disclosed. According to Suzuki's president, the business intends to introduce it to the market by 2025.

Finally available in India, the eagerly anticipated Ioniq 5 has an alluring initial price of Rs. 44.95 lakh (ex-showroom). The Ioniq 5 has a stated range of over 600km and is only available in one fully outfitted grade with rear-wheel drive and a single motor.

#HyundaiIONIQ5 presented by Mr. Unsoo Kim, MD & CEO, Hyundai Motor India Ltd. at #AutoExpo2023 and showcased by none other than Shah Rukh Khan offers customers a peace of mind with a full charge range of 631kms and offering smart mobility experiences pic.twitter.com/KsaxmaZxi4

BYD, a Chinese electric vehicle manufacturer, introduced the "BYD Seal," a high-end sedan with a 700-kilometer range on a single charge. By the fourth quarter of 2023, the business intends to introduce the model in India.

The brand-new 5th generation RX was unveiled by Lexus India during its debut appearance at the event. The SUV is exclusively available with hybrid engines and comes in two models: the RX 350h Luxury and the RX 500h F Sport Performance. Deliveries will start in March.

At the Auto Expo 2023, Tata Motors unveiled the brand-new Harrier EV concept. The Harrier EV has undergone extensive reengineering for electric even though it is still built on an ICE chassis. Tata did not specify the electric motor or battery specifications, but the company did say that it will have a dual-motor all-wheel drive setup.

At the 2023 Auto Expo, Tata Motors unveiled the internal combustion variant of the Curvv concept. Regarding the Curvv SUV's available powertrain options when it goes into production, Tata Motors has not provided any information. However, given that the Curvv is built on Tata's Gen 2 platform, we may anticipate it to have a single charge range of between 400 and 500 kilometres.

That’s the ICE version of the Tata Curvv concept showcased last year. The production version will make it to market in 2024. #differentbydesign @businessline @TataMotors @AEMotorShow pic.twitter.com/UAt4trQ9qh