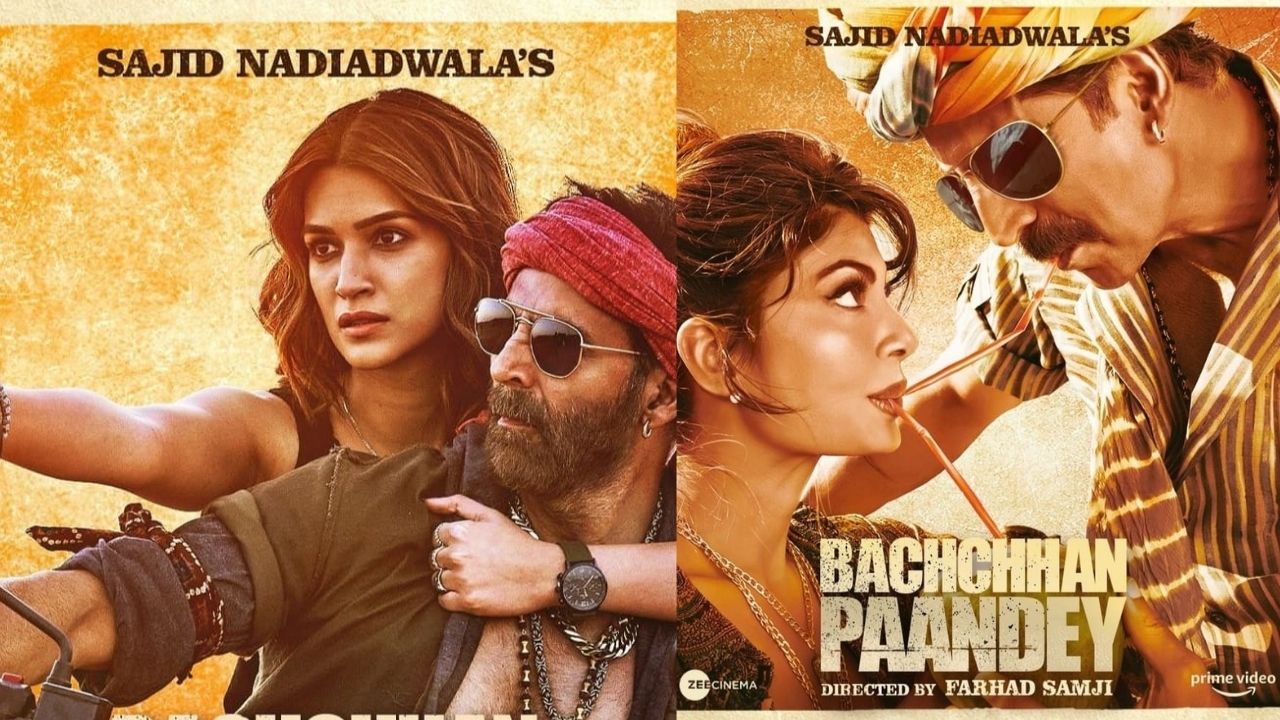 Bachchan Paandey Trailer Out: Akshay Kumar’s Bachchan Paandey is one of the most awaited of the upcoming films. The filmmakers have created a great buzz with the exciting poster releases. The trailer of the film released on 18th February and fans are loving Akki in this new unique avatar.

The opening of the trailer introduces a rustic gangster, Bachchan Paandey, who is played by Akshay Kumar and Kriti Sanon, who is an aspiring filmmaker. Kriti who decides to make a film on Bachchan Pandey, is discouraged for the same by her friend, Arshad Warsi plays the character of Kriti’s friend in the film. The trailer hints a huge dose of entertainment which includes comedy, action, drama and everything that you expect from a masala film. Here is the trailer:

The filmmakers have created a good buzz by releasing exciting posters. Akshay Kumar shared the poster in the morning which features him and Jacqueline. Have a look:


He had shared another one with Kriti Sanon on 17th february. Here is the poster.

The masala entertainment film is set to release on the occasion of Holi and will hit the theatres on March 18. The film is directed by Farhad Samji and it is a Hindi remake of  2014 Tamil film Veeram.

Even before the release the fans were going all crazy with the posters, and now after teh rlease of the trailer of the film Bachchan Paandey, the twitter is full of Bachchan Paandey. Here are some top tweets:

#BachchhanPaandeyTrailer is a mixture of mass action & comedy. Outstanding masss stuff overloaded#AkshayKumar in pure massy and badass look.#BachchanPandey will have a historic start & even more grand run in the theatres. Can't wait to see theatres getting turned into stadiums. pic.twitter.com/3kn4nYCo0a

This Movie Will Bring Solid FF From North To South #BachchhanPaandeyTrailer OUT Now pic.twitter.com/NH5cuw5sWY

#BachchhanPaandeyTrailer looks like a SOLID MASS ENTERTAINER backed by Superb comedy & terrific action scenes. @akshaykumar carries a deadly look quite phenomenally.. This film should do quite well at the BO specially at mass centers. @NGEMovies #BachchhanPaandey @kritisanon pic.twitter.com/ljB1XhIl0V