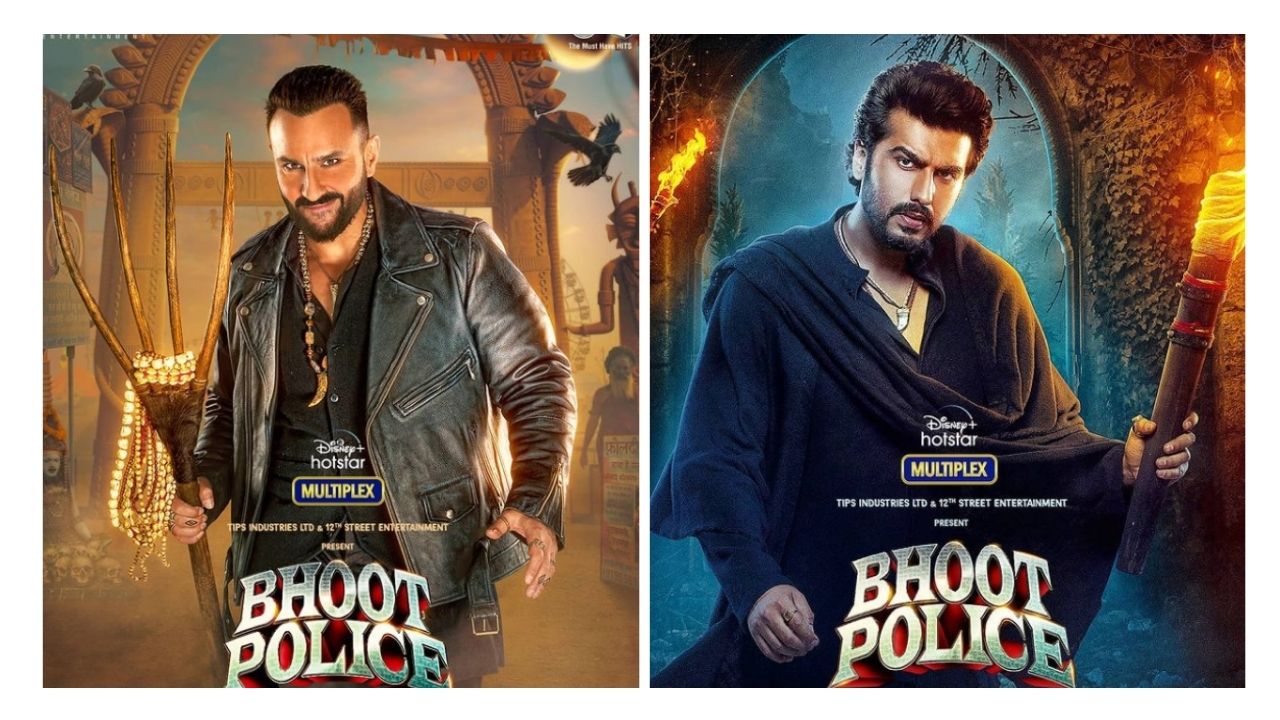 Bhoot Police Poster Released: Due to the ongoing pandemic situation, the Film industry has turned to OTT platforms for movie releases. Following the trend, now the upcoming horror comedy film ‘Bhoot Police’, starring Saif Ali and Arjun Kapoor will release on Disney Plus Hotstar. While the news of the Film’s release on OTT was announced today, i.e on July 5, the date is yet not disclosed.

The film will be released on OTT platform Hotstar but the date is still not disclosed. However, it is believed that the film may release early next month. Producer Ramesh Taurani had hinted about the release of Bhoot Police on the OTT platform a few days back.

Arjun Kapoor also shared his character’s poster and introduced himself as CHIRAUNJI and wrote, “Unravel the mysterious door of supernatural powers with laughter! Meet CHIRAUNJI in #BhootPolice. Coming soon on @disneyplushotstarvip.”

Yami Gautam shared her character poster and wrote, "To enchant all with her charm arrives MAYA, in #BhootPolice. Coming soon on."

While the poster of the film is intriguing, people are getting all excited to witness the chilling horror with laughter from this upcoming film.