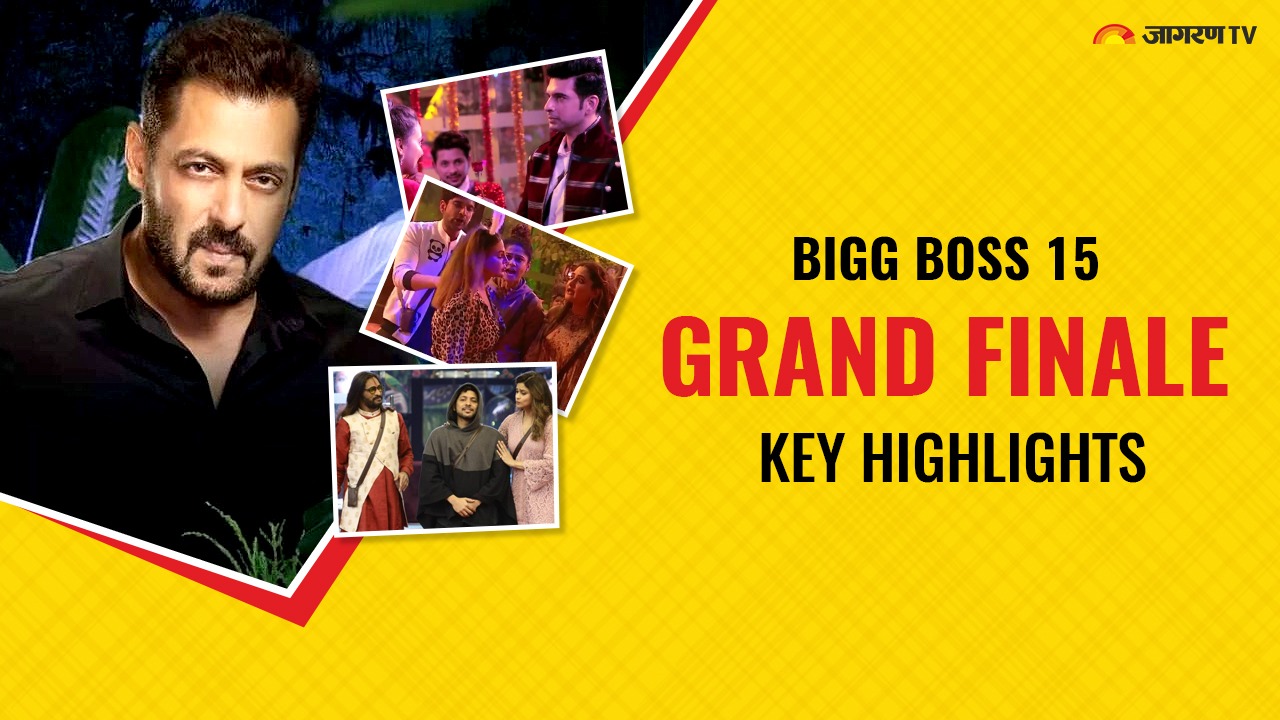 Bigg Boss 15 Grand Finale; The star-studded affair of India’s biggest controversial reality show is about to get wrapped in just 2 days and in between that makers are constantly dropping some major finale goals on the social media. And audience are just going wooow with every single snippets. Recently a lot of stars were spotted at the set of grand finale who came all the way to support their favorites, and undoubtedly it has raised the temperature and curiosity among the Bigg Boss lovers even more. From Shehnaaz Gill’s special tribute to late actor Sidharth Shukla to Raqesh Bapat snapping out at Tejasswi Prakash and the guest list check out the major highlights of the Bigg Boss 15 Grand finale.

Ex Bigg Boss contestant, Shehnaaz Gill, will pay tribute to the late actor and season 13 winner Sidharth Shukla. 'Tu Yaheen Hai,' which she dedicated to the love of her life. The organizers released a promotional video of her performance, and Shehnaaz looked absolute gorgeous in the sequinned saree. The promo was captioned as “"@shehnaazgill banane aa rahi hai great finale aur bhi exceptional with her heartfelt homage to Sidharth Shukla,".

The recent sneak peek also glimpsed the angry young man Raqesh Bapat who looked dapper in a grey suit and came all the way to defend her lady love Shamita Shetty against Tejasswi Prakash’s derogatory remarks. For the unversed, Tejasswi questioned Shamita about her feelings for Kundrra and even called her ‘Aunty’ while yelling at her. To which Raqesh responded, ‘I felt so angry that he wanted to break the TV at that very moment’.

Nishant Bhatt talks about his connection with Karan Kundrra

Siddhartha Dey was interacting with Nishant Bhat when he questioned who he considered a friend but was later got betrayed.   Nishant stated that he considered Karan Kundrra to be a friend because of their 12 years old bond,  but in the game, he ditched him. Nishant went on to say that Karan was always there for him when he was down. But, at last, it was mostly Pratik and Shamita whom he considers as a friend.

Ex winners of Bigg Boss and contestants such as Gauahar Khan, Rubina Dilaik, Gautam Gulati and other celebrities such as Urvashi Dholakia, Shewta Tiwari and others were spotted at the set. Rakhi Sawant also made her appearance with husband Ritesh.