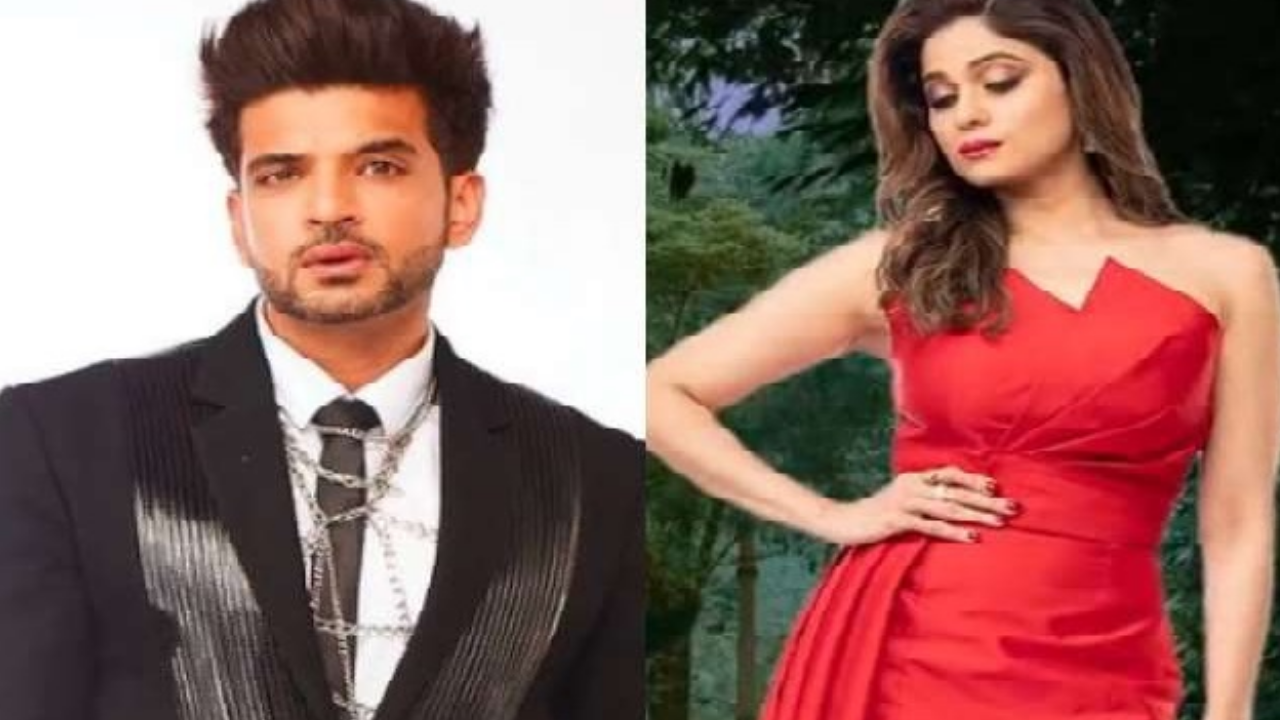 Bigg Boss 15 live: Bigg Boss name can now be used interchangeably with the word unexpected and unpredictable because this is all what we witness during the show. Starting with enmity and then ending up with love or friendship, yes this is a familiar plot to us which we only see on a big screen but, seems like the contestants from the reality shows are also getting inclined towards these concepts. The new season of Bigg boss is not letting a single opportunity to slip without making headlines. The show has entered into it’ second week and the internet is flooded with gossips, controversies, hashtags, love theories etc. Well, then we would now like to add one more duo name in this row, and that is Karan Kundrra and actress Shamita Shetty.

Shamita Shetty who fell in love with television star Raqesh Bapat in Bigg Boss ott house got involved into a rift with actor Karan kundrra during the initial days of Bigg Boss 15 when kundrra called her ‘Aunty’ fans of Shamita also slammed him on Twitter for age shaming and now in the recent episode Tejasswi started the conversation by asking Karan Kundrra if he likes Shamita Shetty. In reply, he indicated that he has never spoken to her and that he finds her to be a very strict person, he then started to laugh with other members. Well, let’s see what the faith has decided for the duo, and we won’t mind interfering in it till then.

Meanwhile, Pratik Sehajpal’s ex bigg boss OTT connection Neha Bhasin came in support and said that all 13 are targeting him and whatever he is going through is very unfair. In an interview with Toi Neha said: “Pratik mellowed in OTT as a result of my presence, thus I assume people would appreciate watching him be aggressive on BB 15. People, I believe, want to see him in that light. Having said that, I believe he is currently being bullied on the show.”
Rhea Kapoor says ‘ I was called silly for not believing in Karwa chauth’: see post
यह भी पढ़ें