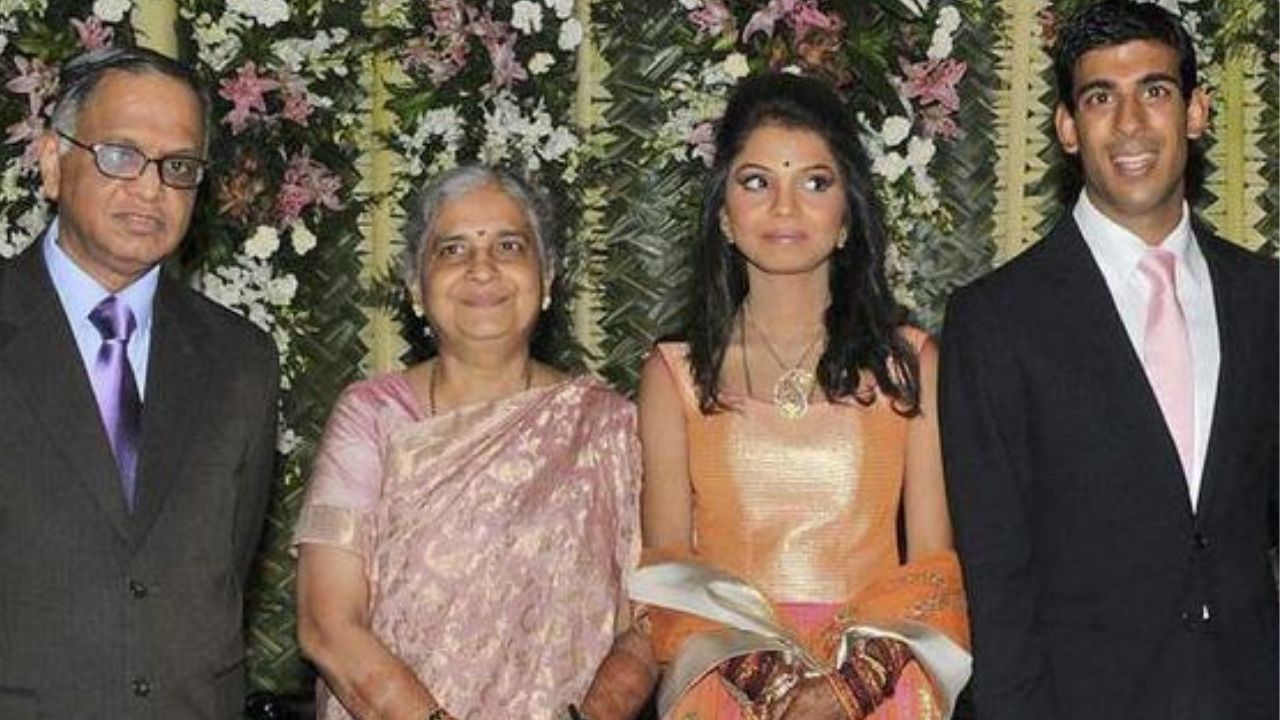 According to the AFP news agency, Akshata Murthy, the wife of famous British finance minister Rishi Sunak, is wealthier than the Queen of Britain. Akshata Murth who is the daughter of NR Narayana Murthy co-founder of Infosys is a self-made IT tycoon, her mother Sudha Murthy, is a philanthropist.Akshata Murthy owns nearly a billion dollars worth of Infosys stock, whereas Queen Elizabeth II has a personal wealth of around 350 million pounds.

Born in Hubli Karnataka, India, her birthdate is 1980 and as of 2022 she is 42 years old. Her father, NR Narayana Murthy, 75, co-founded outsourcing giant Infosys in 1981, helping India's extraordinary transformation in the IT world whereas her mother Sudha Murty was the first female engineer at tata motors.

She went to Claremont Mckenna college California, Fashion institute of designing and merchandising california and stanford university graduate school of Business California and holds the degree of Bachelor's of Arts economics and French, Diploma in Apparel Manufacturing Technology and Masters of Business administration.

Akshata joined Tendris, a Dutch cleantech enterprise, as marketing director in 2007, and stayed for two years before departing to launch her own fashion company. She became a director of Catamaran Venture, a firm  which she co-founded with her husband Rishi Sunak, in 2013. She has owned 0.93 percent of her father's technology firm Infosys, as well as stakes in, Wendy's in India, Koro Kids and Digme Fitness, since 2015 She is a director of Digme Fitness

At least four properties belong to Akshata and Rishi Sunak, including a £7 million five-bedroom property in Kensington, London, and a Santa Monica flat. With a 0.91 percent ownership in Infosys, Akshata Murty has a net worth of £500 million, making her wealthier than the Queen.

Akshata is married to Rishi Sunak. Rishi Sunak and Akshata Murthy met while she was doing her MBA at Stanford University in the United States. Rishi by the time  was already a scholar with a first-class Oxford degree