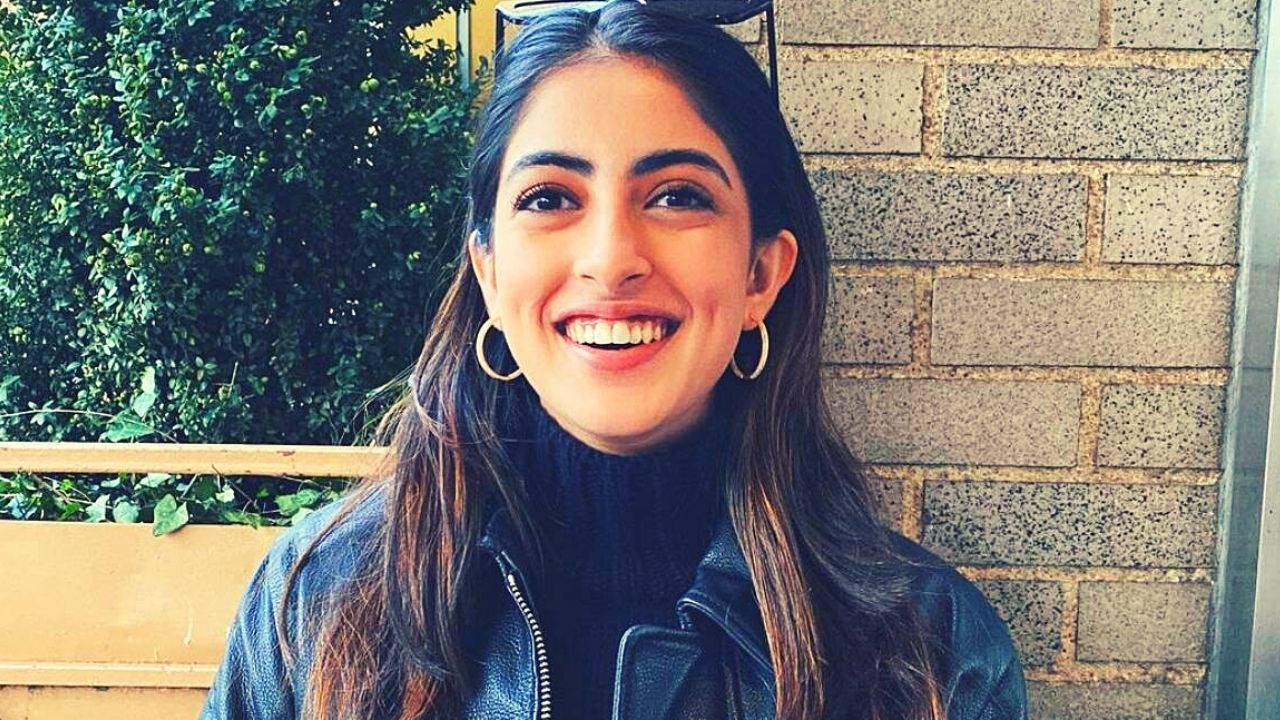 Navya Naveli Nanda Biography:Navya Naveli Nanda the granddaughter of Amitabh Bachchan is not a new name in showbiz world. Although she never stepped inside the B'town, her family’s name and presence in Bollywood has always been significant. Recently Navya was headlining a lot of articles for her rumored relationship with Gully Boy actor Siddhant Chaturvedi although the two of them never spilled a word out but fans believe both of them are in a serious relationship.

The two were rumored to be in a serious relationship at the end of last year. And now  Navya recently published a photo of herself  on her Instagram page, and the Gully Boy star commented on the post with an emoji. The continuous exchange of similar emoji’s and captions hinted towards something Sus between the two.

Early life and Family of Navya Naveli
Born in  Mumbai, Maharashtra, India she is the daughter of Nikhil Nanda who is the Managing Director of Escorts Group and Shweta Bachchan Nanda who is a Journalist. Navya is the granddaughter of superstar Amitabh Bachchan and Jaya Bachchan. She also has a sibling Agastya Nanda. Agastya is soon to enter the showbiz world.

Navya Naveli Nanda studied at Sevenoaks School in London for her secondary schooling. She earned her bachelor's degree from Fordham University in New York from where she graduated in 2020.

Navya Naveli is a businesswoman. She is the co-founder of Aara Health, a healthcare platform, and Project Naveli, a non-profit organisation.

Actor Meezaan Jaffrey, who made his Bollywood debut in 2019 with Mangesh Hadawale's Mala, was said to be dating her. The rumour, however, never received official confirmation.