Bollywood Celebrities who hold Engineering Degree in their Education Qualification 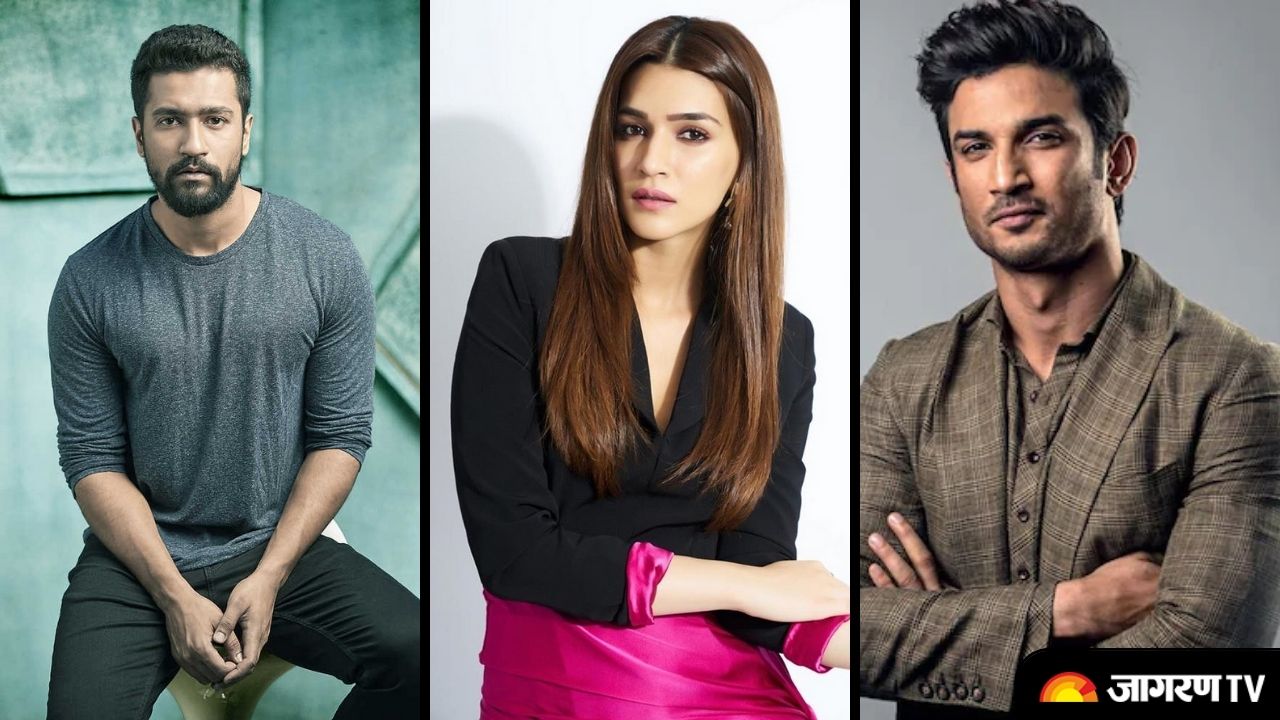 Engineer Actors of Bollywood: We love our celebs and their work they put on silver screens. From their acting to style everything has its own mark. But have you ever thought of seeing them in any other profession? Or if not actors what profession they would have taken. Or whether they thought of a career in acting from the start itself?

Well, Life has its own way and leads you to your deserved destination. Actors including Sushant Singh Rajput, R Madhavan, Kriti Sanon, Fawad Khan and Kartik Aaryan started their career while taking engineering. But fate had other things for them and they became some of the most loved artists of B’Town. So let's look at the actors who might get themselves in swanky corporate offices after completing their degree in Engineering.


Bollywood actors who are Engineers

Here is the list of Bollywood Stars who have some heavy degree of Engineering in their Educational Qualification.

URI actor made his B’Town debut in 2015 film Masaan. While he is one of the top young actors of Bollywood, he was also a top student of PCM. Kaushal did his graduation in Electronics and Telecommunication from Mumbai’s Rajiv Gandhi Institute of Technology in 2009. But later he got himself driven to acting and geared his career towards Bollywood. And we thank him for that.

Kriti Sanon is currently on the top of her career. With back to back films in her kitty and a lot of superhits, Kriti is undoubtedly a cauldron of talent. But before debuting in 2014 film Heropanti, Kriti completed her Bachelor of Technology from Jaypee Institute of Information Technology, Noida. Later she shifted to Mumbai to follow her dreams in Bollywood.

The Pyaar Ka Punchnama boy came to the City of Dreams to pursue his graduation in biotechnology from D.Y. Patil College of Engineering. During his college days, he started trying to get a break in the movies and got his prowess in acting. Finally he got his big break in the 2011 film  Pyaar ka Punchnama by Luv Ranjan.

Late actor Sushant Singh Rajput was a true gem which the industry lost in 2020. Not only a great actor, he was also top in academics and 7th rank holder in All India Engineering Entrance Examination. He got himself into India’s top Engineering college and started his graduation in Delhi Technical University. However he dropped out from engineering to pursue his dream of acting and got his big lead role in Zee TV’s show Pavitra Rishta.

The Thappad actress is proving her acting prowess with her versatility. From Pink to Manmarziyaan Taapsee is ruling the charts with big hits. But prior to entering Bollywood, Taapsee completed her graduation degree in Computer Science Engineering from Guru Tegh Bahadur Institute of Technology in New Delhi.

She even got her job as a software engineer and started her career in corporate sector. But soon she realised her passion for acting and moved towards B’Town. Initially she did modeling assignments and commercials and laters got her big break in 2010 with K. Raghavendra Rao`s Jhummandi Naadam.

The heartthrob of B’Town R. Madhavan is not just good in acting but also has a heavy education qualification. The 3 Idiots’s Farhaan did his engineering from Rajaram College in Kolhapur and even has a degree in Public Speaking from Kishinchand Chellaram College in Maharashtra. Later he moved to Bollywood fto follow his dreams.

The messiah for migrant workers in pandemic Sonu Sood is not just a hero but also an engineering graduate. Sonu Sood is an alumnus of  Yeshwantrao Chavan College of Engineering in Nagpur. He also started his career in industry as a model and later started as a side actor and big roles as villains.

Gadar fame Ameesha Patel was the hit actress of early 2000. But prior to her debut in Bollywood she was studying Biogenetic Engineering in Tufts University, Massachusetts, USA. She was even a topper and got a Gold Medal in Economics. Many reports suggest that the actress even turned down a job offer from Morgan Stanley to pursue acting. Later she made her debut in 2000 film  Kaho Naa Pyaar Hai opposite Hrithik Roshan.

Our Jeetu Bhaiya of Kota Factory is also a real life Iitian. Famous for his acting and work in web-series, Jitendra Kumar did his graduation in Civil Engineering from IIT Kharagpur. After doing some good web series, he even got his break in bollywood through the 2020 film Shubh Mangal Zyada Savdhaan opposite Ayushmann Khurrana.

Actor, television presenter and film producer Riteish Vilasrao Deshmukh is known for both comic and intense roles. But prior to stepping into film industry, Riteish did his graduation degree in Architectural Engineering from Kamla Raheja College of Architecture in Mumbai.