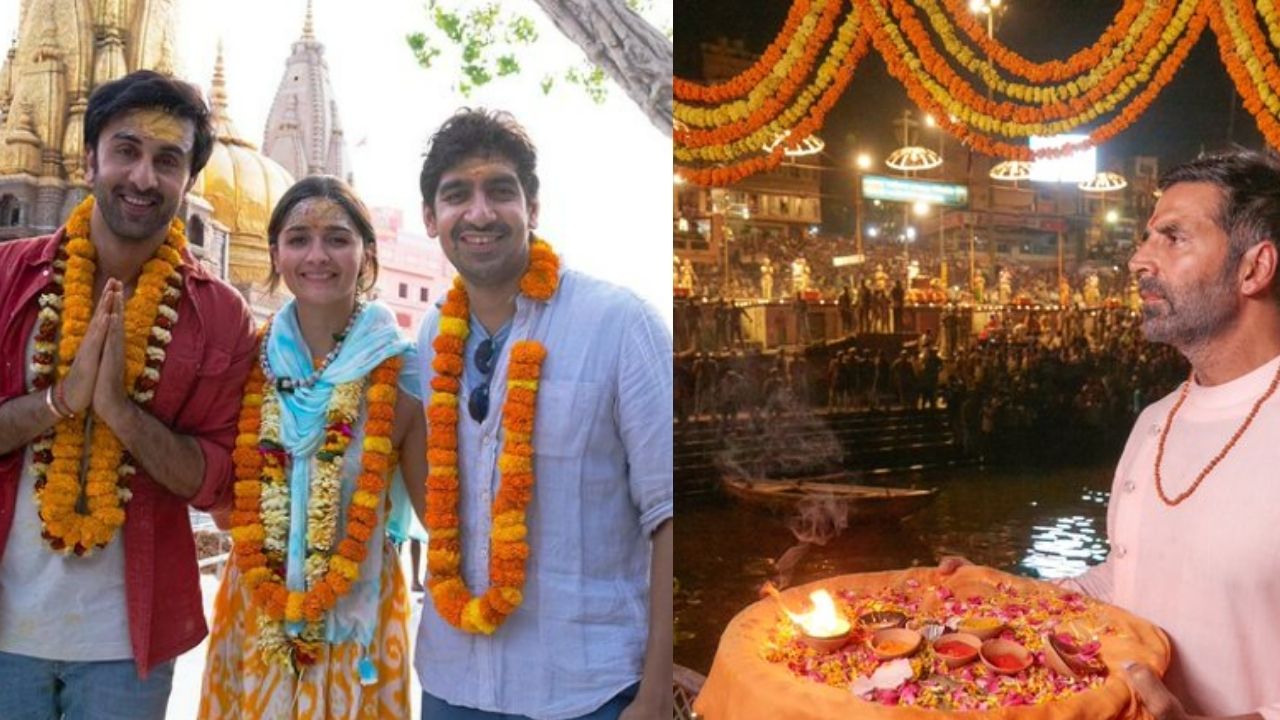 Every now and again, Bollywood celebs can be seen in Varanasi, formerly known as Banaras. From the RRR crew to Kangana Ranaut's Dhaakad, Bhool Bhulaiyaa 2 and many others. So, what exactly is going on in Devnagri Varanasi? Well, this is probably not the first time that celebrities have visited Varanasi to perform Puja and Aarti, but this time it was extra special because the industry is returning to its former glory after suffering a major setback due to the pandemic, and celebs are leaving no stone unturned in their quest for divine blessings.

Bollywood celebs who turned to varanasi ahead of film release

As soon as the Brahmastra team wrapped up their shooting schedule, Ayan Mukherjee and team including newly wedded Ranbir Kapoor and Alia Bhatt marched towards Kashi Vishwanath to perform puja and aarti. Reportedly Brahmastra which is touted to be the first film in India to form a cinematic universe type concept with it’s upcoming trilogy was apparently shot in varanasi with few beautiful backdrops of the city.

SS. Rajamouli’s blockbuster of the year which remained unbeatable until KGF 3 took over broke several records world wide. The film features Jr. NTR and Ramcharan teja along with Alia Bhatt and others. After being on a long promotional spree visiting different cities the team finally landed into Varanasi to take blessing from Mahadev. Not to mention the film not only won Indian fans heart but always became the most talked about Indian cinema in Hollywood.

Kartik Aryan who is currently basking on the success of his newly released Bhool Bhulaoyaa 2 which is a sequel to 2007 film Bhool bhulaiyaa also paid his visit to Kashi following the success of his film. The young sensation had the holy city's audience raving when he visited the Kashi Vishwanath temple and performed the Ganga aarti in the evening. Bhool Bhulaiyaa 2 did exceptionally well at the box office, more like reviving the industry after back to back setbacks.

Akshay Kumar and Manushi Chhillar visited Varanasi on May 30 and performed Ganga puja with the Samrat Prithviraj banner. Akshay also went for a swim in the Ganges. Photos and videos of Akshay performing puja in the Ganga are currently circulating on social media.