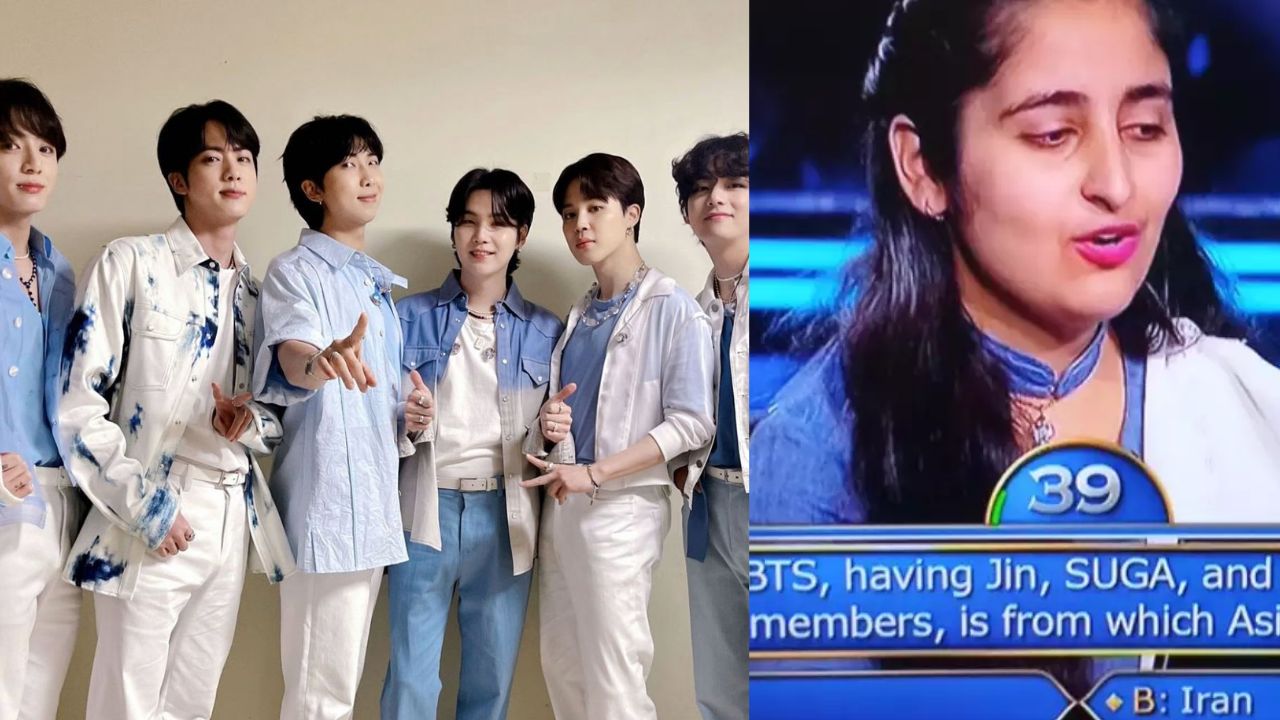 BTS on Kbc 14: The last we heard was BTS appearing on the text book of Indian students and now the globally famous 7 members K-pop band BTS including RM, Jin, jimin, J-hope, Jungkook, Suga and Taehyung have made a stunning entry into India’s most reliable and favorite quizzing reality show Kaun Banega Crorepati hosted by Mr. Amitabh Bachchan. Yes, you heard that right, and if you are a BTS Army you have got all right to jump with excitement. The incident took place during yesterday's episode and since then Twitter is flooded with Desimy’s reaction.

In the video which has now gone viral on social media Amitabh Bachchan can be seen quizzing the contestant named Dr. Tanvi Khanna about K-pop and BTS for a Rs.5000 question. The question was “The band BTS, having Jin, Suga, and J-Hope as three of its members, is from which Asian country? Here are the options- A. South Korea B. Iran C. Sri Lanka and D. Mongolia.”


In the reply the contestant seated on the hotseat didn’t give even a second thought before locking option A for South Korea. Turned out that the contestant herself was a fan of K-pop songs. When Big B asks Tanvi about K-pop, Tanvi responds that she likes listening to Korean music and is familiar with BTS. Even though it was merely a basic KBC question, it was undoubtedly a moment of joy for all the desi BTS fans who die heartedly support their Korean oppas and never misses a chance to show their excitement whenever BTS and India are linked in any of the discussion.

HOLY SHIT THEY JUST ASKED ABOUT BTS IN KBC (Indian version of Who wants to be a millionaire) pic.twitter.com/nCKUv8deFd

indian armys freaking out when bts was mentioned today in kbc as if they aren't the biggest band rn, global superstars, with millions of fans and got Vegas, LA and busan turn purple for their concerts jsjdsjasjds tears in my eyes rn we can never get used to this😭😭

I WAS WATCHING KBC AND THEY ASKED A QUESTION ABOUT BTS I WAS LIKE "HAAAAIIIINNN " MY MOM WAS LIKE "AA GYA TERA BTS" 😭 pic.twitter.com/D3dgQzLMuB