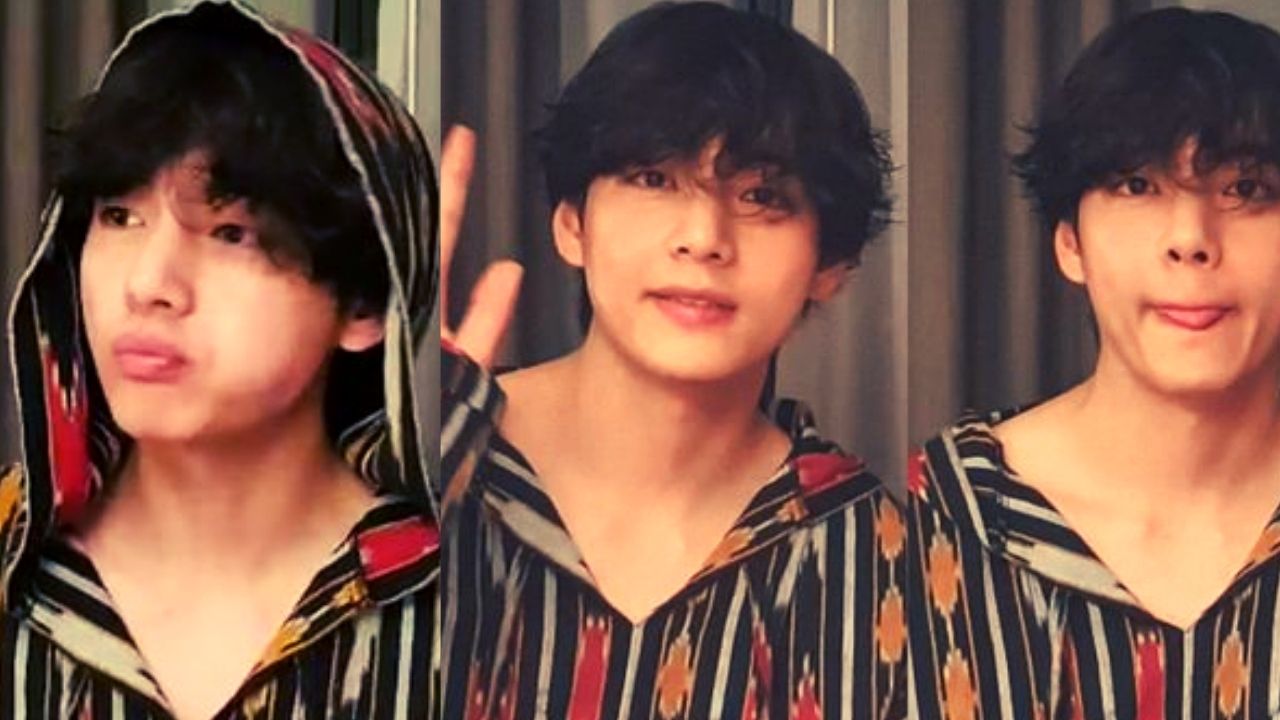 BTS may be on a short Hiatus right now but there is always plenty of content coming from the Bangtan boys which keeps their ARMY busy navigating, exploring and researching. Among such explorations the outfits of BTS and their hairstyles are always the most discussed topic since every fan wants to dress just like their bias, and this reminds us to the time when Kim Taehyung aka BTS V during one of his V live sported some familiar print hoodie which made Desi Indian BTS army fans scream with joy. Many fans claimed that the print Taehyung wore was actually from Odisha, an Indian state famous for Sambalpuri silk designs.

During one of the Vlive where BTS maknae line including Jimin, Jungkook and Taehyung came all together, Taehyung looked incredibly pretty donning a printed silk hoodie shirt and shorts. Indian fans were quick to notice that the design resembled their own Sambalpuri design which is a famous silk saree design. However later a few ARMY disclosed that the similar design also resembled some Mexican print.

@Bangtan_Style07 BTS Taehyung wore a hoodie of Sambalpuri design in his recent Vlive. Sambalpuri is a famous silk saree design from Sambalpur in Orissa, India; the right picture here is an example. I'm so glad he wore something from our culture#TAEHYUNG #BTS #Sambalpuri pic.twitter.com/ANcVABSkl1

What is Sambalpuri design

Sambalpuri sarees are ancient, hand-woven Ikat saris characterized by the distinctive method of tie-dying the patterns.  This is among the most exquisite ethnic design in India, and for many years, it was exclusively made in Orissa, now Odisha

For those fans who were completely shattered by the BTS group hiatus news here is some good news on the way. The K-pop boy band composed of J-Hope, Jungkook, V, Jimin, Jin, RM, and Suga will perform in Busan in October, it has officially been confirmed. It serves to promote the 2030 World Expo in Busan.