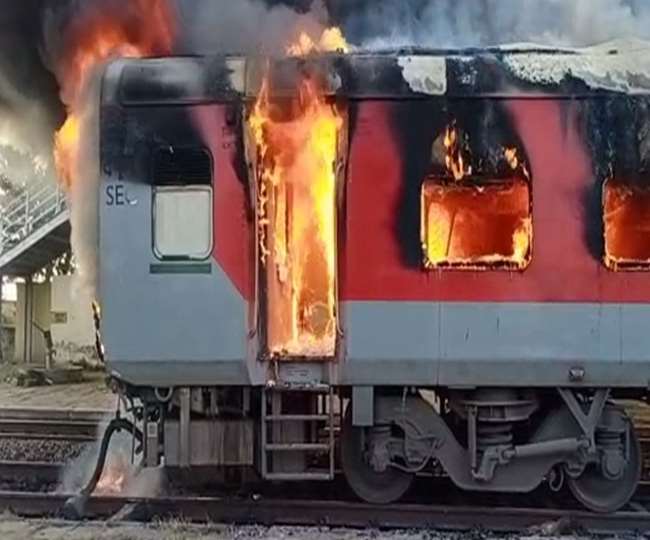 However, soon the coaches were separated from the other coaches. Along with this, the fire brigade was also called from Morena and Dholpur to extinguish the fire.

Fire brigades were trying to douse the fire. After getting information about the fire on the train, the police, administration, and railway officials also reached the spot.

The cause of the fire is yet to be ascertained. However, there is a possibility of a short circuit. Also, no information has been received about the casualties of the passengers so far.