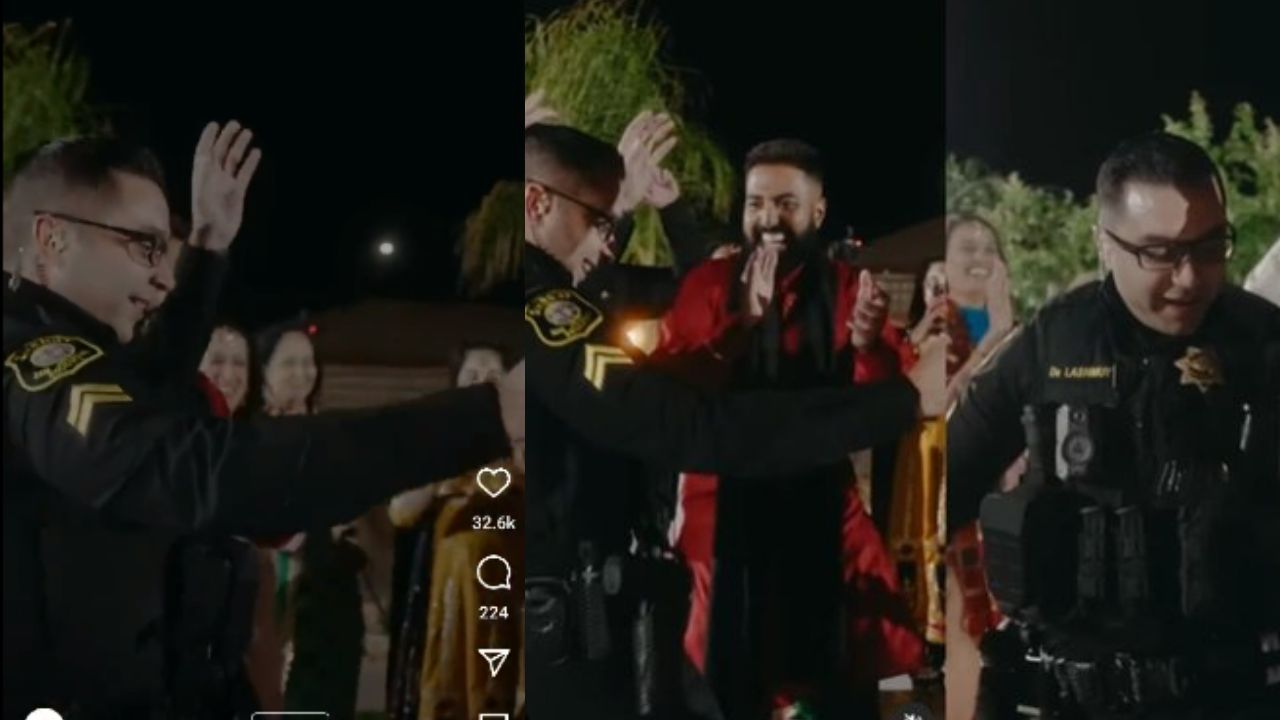 California cops dancing at Punjabi song: Hence proved no one in this world has the power to resist Indian Punjabi upbeat peppy tracks. While the world still likes to groove on daler Mehndi Tunak tunak, this viral dance video of California cops has left everyone stunned. The incident took place a few days ago when a few local cops got the complaint of noise from the neighbors of the Punjabi family who were hosting a big fat Indian wedding. But, what happened next will leave you in splits.

A Punjabi family in California hosted a pre-wedding event, which drew the attention of two sheriff's deputies. After receiving noise complaints from the neighbors, they went to Manpreet Toor's house in order to make them stop playing loud songs. As soon as the cops arrived the whole celebratory mood of the family turned into the tense one but Fears dissipated quickly once the two deputies joined the celebrations. The family members asked them that they will turn it off and requested them to join for a while in the last song. And it went like

Ms. Toor told ABC 10 news “"We asked them to dance and then I taught him two moves, 'turn the doorknob', 'turn the lightbulb', 'crush the cigarette' and he got up there and he just did his own thing. He was awesome,"

California cops thanked the Punjabi family in a tweet

In a tweet, the San Joaquin County Sheriff's Office expressed gratitude for their courtesy and hospitality, noting that the residents had agreed to turn down the music. The cops were later invited in the reception party too.

Our Deputies were thrilled with the kindness and hospitality of the guests!

It should be noted that the homeowners did agree to turn the music down. :)

Punjabi music is so fun and infectious even cops in California join the dancing at a Punjabi wedding instead of shutting down the loud music pic.twitter.com/dUvLGnBnib

Cops In US Respond To Noise Complaint, Start Dancing At Punjabi Wedding
The hosts even taught the two cops some dance moves, which they showed off at the pre-wedding function.https://t.co/wFvDRSQkh0