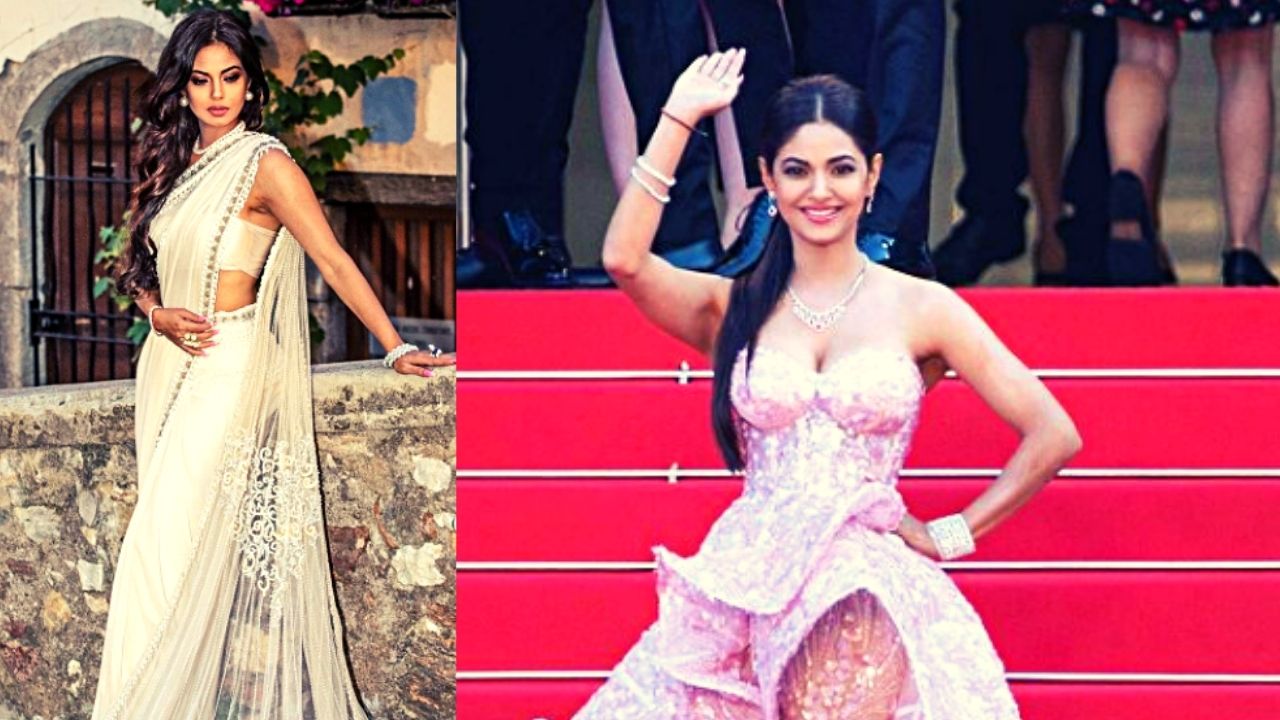 Cannes 2022 or the 75th edition of world's biggest film festival is getting more grand with every passing day. It won’t be wrong to say that this year France is all decked up with Indian beauties and charm. From Deepika Padukone taking up the honorary Cannes 2022 jury panel to India being announced as the country of honor, Aishwarya Rai labeled as the OG of Cannes and influencers across the country making their red carpet debut, the Indian film industry is shining brighter than ever this time. Now Meera Chopra the cousin of gorgeous global sensation Priyanka Chopra also marked her red carpet debut & became a head turner.

Meera reportedly attended the event to unveil the first trailer for her upcoming film Safed. She posed with her co-stars and the film's director on the red carpet earlier and now a photo of her in another look from Cannes 2022 has recently gone viral on social media. Meera was spotted wearing a white netted saree with elegant border and length embellishments. Meera finished off her ensemble with a pearl necklace and earrings. Take a look

Meera Chopra made her Cannes debut in an eye-catching Sophie couture gown. She looked stunning in a bright baby pink ball gown with a thigh-high slit and a light makeup look to complement the off-the-shoulder gown. Her matching bling vine necklace and hand accessory completed the ensemble.

Who is Meera Chopra

Meera Chopra is an Indian actress who has appeared in Tamil, Telugu, and Hindi films. Ms.  Chopra is Priyanka Chopra's second cousin and is related to Parineeti Chopra as well.  She is well-known down South and  is regarded as Nila in Tamil films. Meera also appeared in few hindi films including horror movie 1920 London, Section 375 and more.