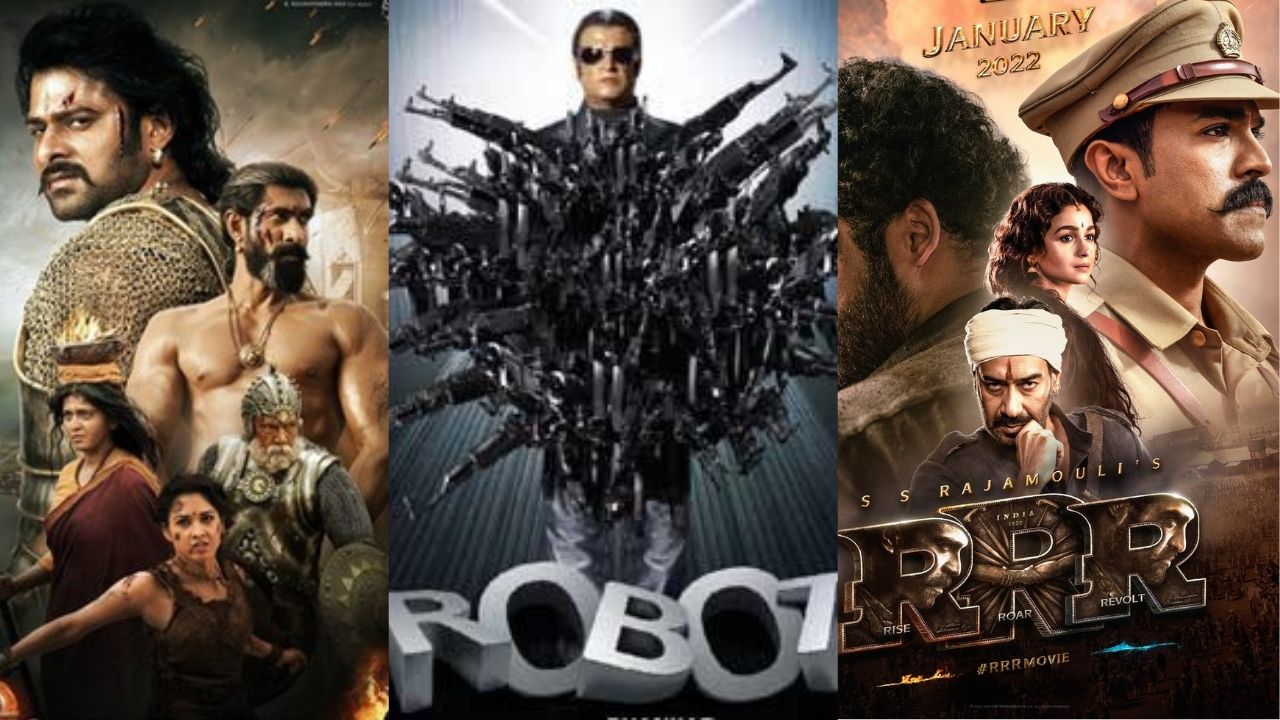 The South Indian film industry is not only limited to south audiences only. The south superstars are loved nationwide now and the Telugu, Tamil and Malayalam films release in Hindi as well. The south film industry and Hindi film actors also collaborate on the projects and the audience dually accept the best of the both worlds. Some of the south Indian films come with mega stars and huge production costs. Let's have a look at some of these mammoth sized productions and their budget.

Mani Ratnam’s upcoming Tamil film Ponniyin Selvan: I which is also known as PS-I, will portray a historical period drama which will be set in the background of Chola Dynasty. The film features Aishwarya Rai, Chiyaan Vikram, Jayam Ravi and Karthi. The fiction film is co-produced by Madras Talkies, Lyca Productions with a budget of 500 crore.

Rajinikanth's film 2.0 had a budget of 400 crores and it also featured Akshay Kuamr. The film came with a huge cost for Akshay Kumar’s makeup.

3 years ago today the futuristic thriller #2Point0 hit the big screens, enthralling the globe with the action-packed face-off between Chitti 2.0 and the evil Pakshi Raja!

Baahubali: The Beginning or Baahubali 1 was released in 2015. S. S. Rajamouli’s film had Prabhas, Anushka Shetty, Rana Daggubati, and Tamannaah in the major cast and had a big production budget of approximately 120-150 Crore rupees.

Prabhas, Anushka Shetty, Rana Daggubati, and Tamannaah Bhatia starrer film Bahubali is one of the most expensive films of Indian cinema. The film was released on 28 April 2017. It had a budget of nearly 200-250 crore rupees. But we are sure that it will collect more than the budget and break the records.

Short of words.
BAAHUBALI, is an emotion and an elevation. 💛

The film was released in the year 2010, Rajnikanth and Aishwarya Rai starrer film as not only a big hit but also an pensive project of the time. It was made on a budget of  approximately132 Crores. Originally made in Telugu, it was dubbed in Hindi and the other languages.

Released in 2014, this historical fiction drama film was made in Tamil. Featuring Rajinikanth, Deepika Padukone and Shobana, Kochadaiiyaan was made out of a budget of 125 Crores.

Puli was a big budgeted movie, made with the cast like Vijay, Hansika Motwani, Shruti, Nandita, Sridevi and Sudeep. The film was released in Telugu and Hindi and had a budget of nearly 120 crores.

#Puli - Excellent advance booking for the film. Undoubtedly going to be the biggest opening in Vijay's career! pic.twitter.com/LS90yC9xkO

S.S. Rajamouli’s film RRR was scheduled to release in the starting of this year, but due to covid situations, the filmmakers decided to postpone the release of the film. Alia Batt, Jr. NTR and Ram Charan starrer filmRRR is known to be made out of a budget of nearly 400 crores.

Who's excited to see the epic story of two revolutionaries in #RiseRoarRevolt?! Book your tickets now:

Allu Arjun’s blockbuster hit film Pushpa: The Rise has made a huge box office collection. Although the first part of the film had a mega budget of approximately 200-250 Crores, and it’s second part Pushpa: The Rule is yet to be released.