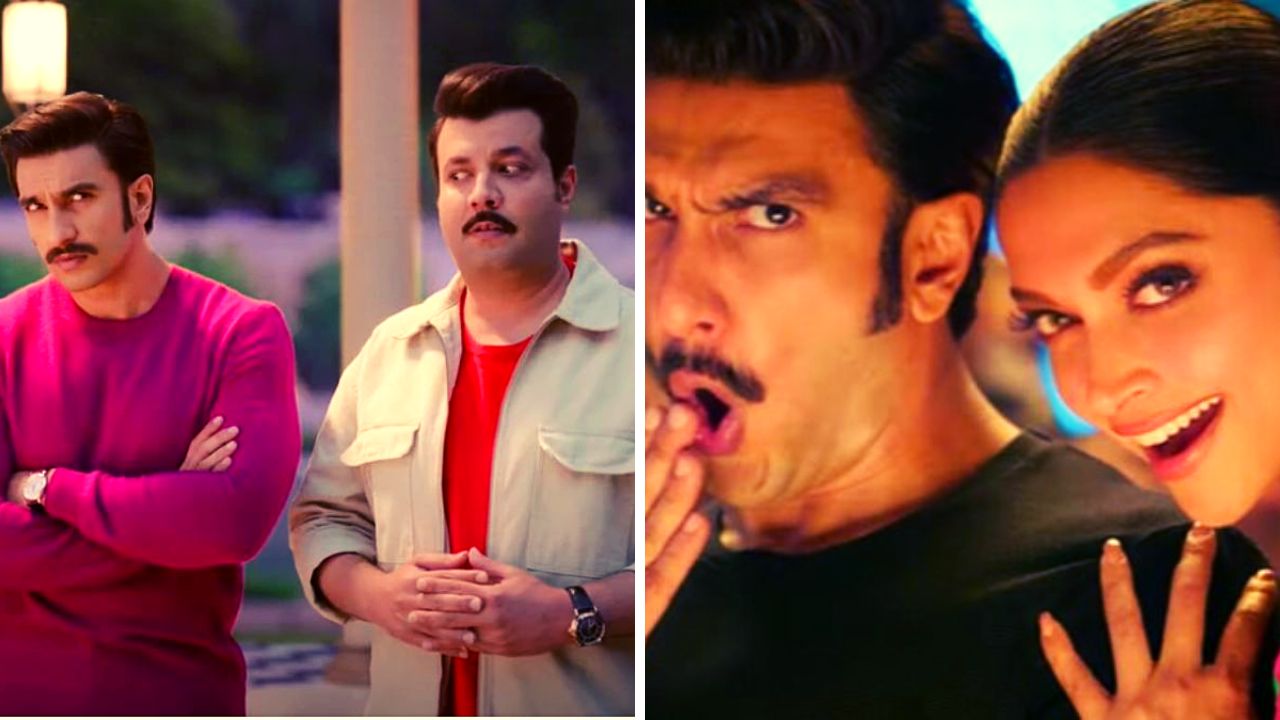 Cirkus Trailer: The much awaited trailer of Ranveer Singh’s masala comedy  Cirkus is finally out. The star studded cast of Cirkus featuring Ranveer Singh, Pooja Hegde, Jacqueline Fernandez among others has just dropped it’s first glimpse and is already taking the twitter by storm. With this Ranveer Singh finally marked his third collaboration with Rohit Shetty after Simmba and Sooryavanshi. The trailer whisks you back to the 1960s, a decade ruled by colorful funny dialogue, and vibrant sets. Adding a twist to the trailer was Ranveer’s beloved wife Deepika Padukone, whose current laga moment was the perfect treat for Deepveer fans.

Well, for the fans of William Shakespeare’s ‘The comedy of errors’ it won’t be hard to relate the story with Ranveer Singh-Rohit Shetty’s Cirkus who tried to add a masala comedy factor by introducing Ranveer Singh’s double role in the film. According to reports, the 1982 Hindi film "Angoor," which was a remake of the older movie "Do Dooni Chaar," served as the inspiration for the movie Cirkus.

Sporting a pink saree, Deepika Padukone enters the scene with a total Current laga style. Ranveer and Deepika definitely looked amazing shaking their legs on the latest preppy track of Cirkus trailer.  Additionally, the trailer showed the orphaned versions of the characters Gopal, Madhav, Laxman, and Lucky from Golmaal. And seems like Rohit Shetty is in his wholesome mood of making his own masala universe after cop universe.

Cirkus is slated for a December 23, 2022 release. The star cast includes Ranveer Singh, Pooja Hegde, Johny Lever, Jacqueline Fernandez and Varun Sharma in the lead role. On the work front the movie is very crucial for Ranveer’s career especially after facing back to back setbacks with movies such as ‘83’ and ‘Jayeshbhai Jordaar’. His upcoming Karan Johar’s project Rocky or Rani ki Prem Kahani alongside Ali Bhatt is slated for a February 10, 2023 release.