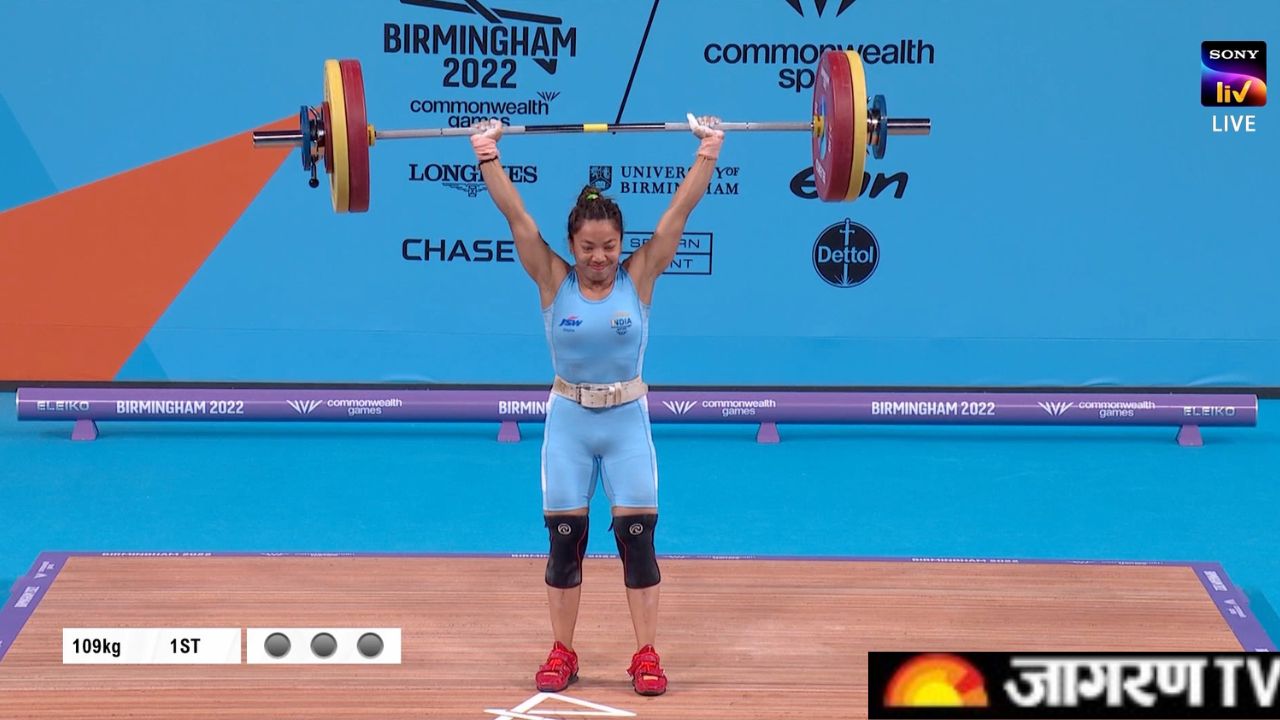 Weightlifter Mirabai Chanu won the gold medal in 49 kg on the second day of the Birmingham Commonwealth Games. Chanu had left his rivals far behind by performing brilliantly in the round in the snatch. After successfully lifting 84 kg in the first attempt of snatch, Chanu lifted 88 kg in the second attempt. This is also the record in women's weightlifting in Commonwealth Games, no weightlifter has lifted the weight of 88 kg.