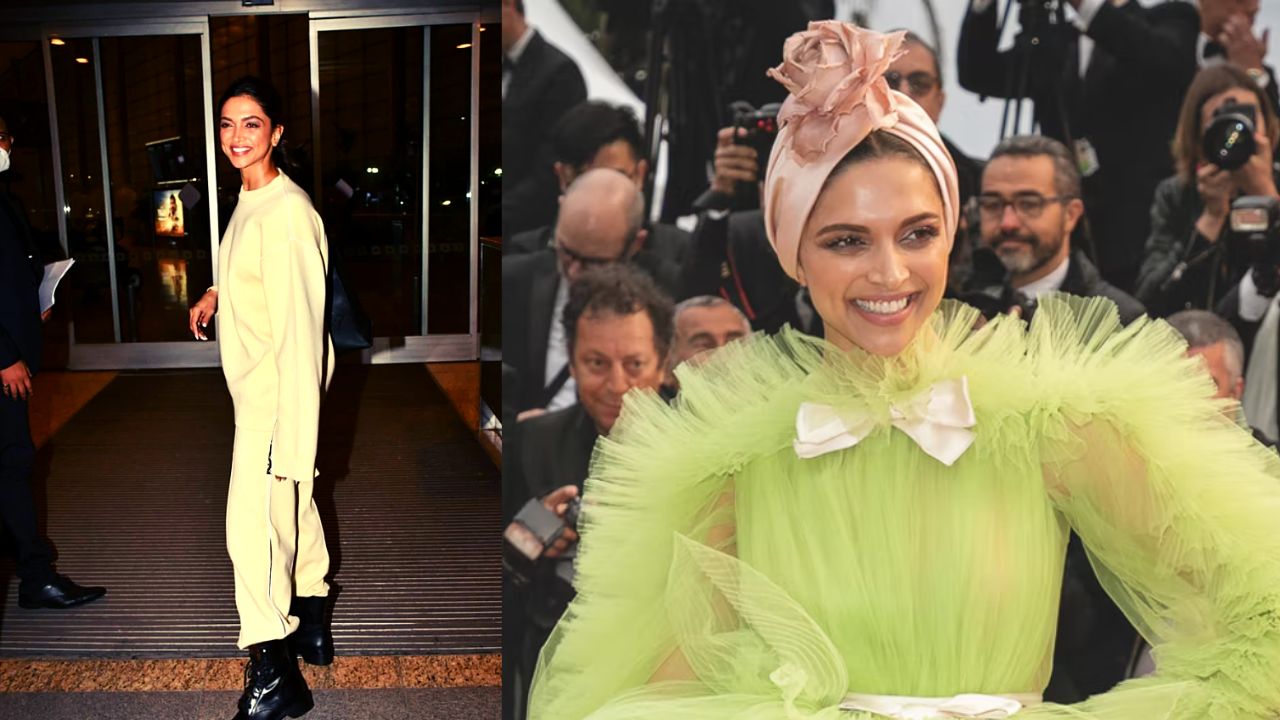 Deepika Padukone is flying off to represent India in the honorable event of Cannes and that too while being seated at the Jury’s table this time along with 7 more big names from the global cinemas. Before Deepika, Aishwarya Rai, Shekhar Kapoor, Vidya Balan, Sharmila Tagor and Nandita Das have received such accomplishments in the past. The Pathan actress was spotted at the airport all smiles as she posed for the cameras happily. Deepika on the other hand has been a regular red carpet walker since 2017 and has been several times for her exquisite dressing choices.

Deepika Padukone off to cannes 2022

Deepika is a member of the 75th edition of the famous film festival's jury, which reviews and awards films. The actress is on her way to the French Riviera. Papped in all comfy clothing in a beige outfit with black boots and loosely tied hair with a black handbag, fans are eager to witness her make the country proud at the global film festival.

Deepika is currently busy shooting for her upcoming with Shahrukh Khan’s Pathan, the actress who was last seen in gehraiyaan will also be seen acing a role in sci-fi thriller Project K along with South Indian star Prabhas and Disha Patani.