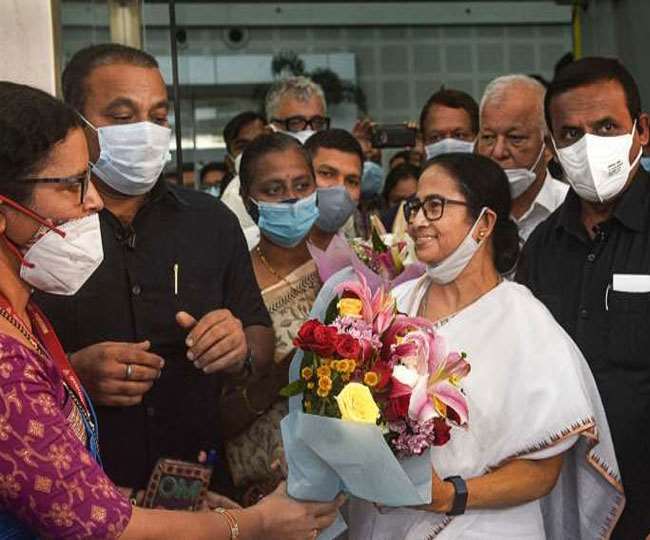 In her first address the bengal CM said in Konkani in Panaji, “Delhichi dadagiri anik naka (No more bullying from Delhi). I am not an outsider, I don't want to be the CM of Goa.”

“I am an Indian, I can go anywhere. If Bengal is my motherland, Goa is also my motherland...I come to Goa, they deface my posters. They (BJP) have mental pollution. They showed me black flags, I said namaste.”

Numerous hoardings carrying the pictures of Mamta Banerjee were vandalised in Goa ahead of her three day tour to Goa. This led to sharp exchanges between TMC and BJP.

On Friday, Actor and activist Nafisa Ali joined TMC which can be very beneficial for the party in the upcoming assembly polls.

Hours after,the Tennis star Leander Paes also joined TMC at the same event, which can give a major boost to the party in the polls that lie ahead.

Mamata Banerjee arrived in Goa on Thursday evening to begin her three day tour of the coastal state. Mamata Banarjee also emphasises the cultural similarities between Bengal and TMC and said, “We believe in democracy and Goa is beautiful. I am not here to capture power, here to help. You love fish, we love fish. You love football, Bengal loves football.”

Former CM of Goa, Luizinho Faleiro, TMC MP Derek O’ Brien and local leaders accompanied Banerjee. After securing victory in Bengal polls, TMC is now looking forward to widen its base and strengthen its position in other states as well.

On Tuesday, Mamata Banarjee will be holding press conference which will be followed by her visit to Basilica of Bom Jesus at Old Goa and Bodgeshwar Temple at Mapusa.