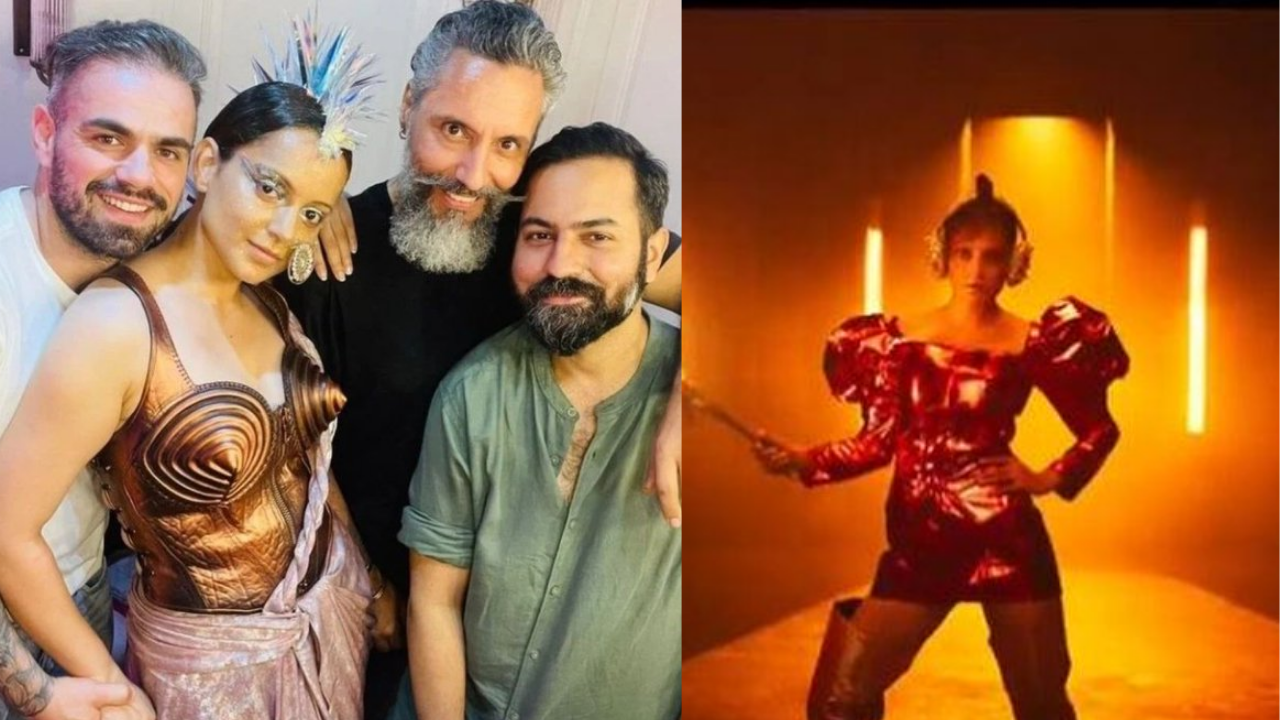 Kangana Ranaut upcoming film ‘Dhaakad’ which has already sent a lot of buzz owing to it’s ‘Hollywood vibes’ trailer and getting compared to black widow is now again in talks. This time the film's first song ‘She is on fire’ has caught the attention. In the film Kangana’s role is of agent agni who is fierce and deadly, she will be seen fighting with Arjun Rampal's character of Rudraveer. The makers today dropped the first teaser of the upcoming song and the reactions have started pouring in.

Dhaakad song She is on fire teaser out

She's on fire song is crooned by none other than Bollywood’s ace rapper Baadshaah. In addition to Kangana Ranaut, Arjun Rampal will appear in this song. In the song, Kangana Ranaut appears in a range of roles. Sharing the teaser to her Instagram the queen actress wrote “ "Fire, so hot and destructive, even the Fire Brigade cannot put it out! She's on Fire! Song out tomorrow on SRE Music. Check out the link in bio. #Dhaakad is releasing on 20th May 2022."

Waiting for
She is on fire 🔥🔥🔥

OMG. #KanganaRanaut𓃵 is on fire. She is so hot https://t.co/6BYekd6Weh

Thanku @RazyGhai sir 🥰😍😭 For Such A Treat U Are The Best 👍💯
Full Song Out Tommorow 😇
SHE IS ON FIRE 🔥 https://t.co/kSlrCMJPb8#KanganaRanaut #Dhaakad pic.twitter.com/NWwgC5t2G8

Just saw #DhaakadTrailer I must say, EXCELLENT, One can hate or troll #KanganaRanaut for her political beliefs but here on Screen she is completely on FIRE, Her action scenes are fabulous, It will be interesting to watch Kangana against #ArjunRampal

She is on fire Dhaakad song release date

The full song is slated to be released on May 5, 2022. few days ago film's trailer made it way to the screen. Agent Agni, played by Kangana Ranaut, was shown combating a huge human trafficking operation run by Rudraveer, played by Arjun Rampal. The film will premiere on 20th May 2022