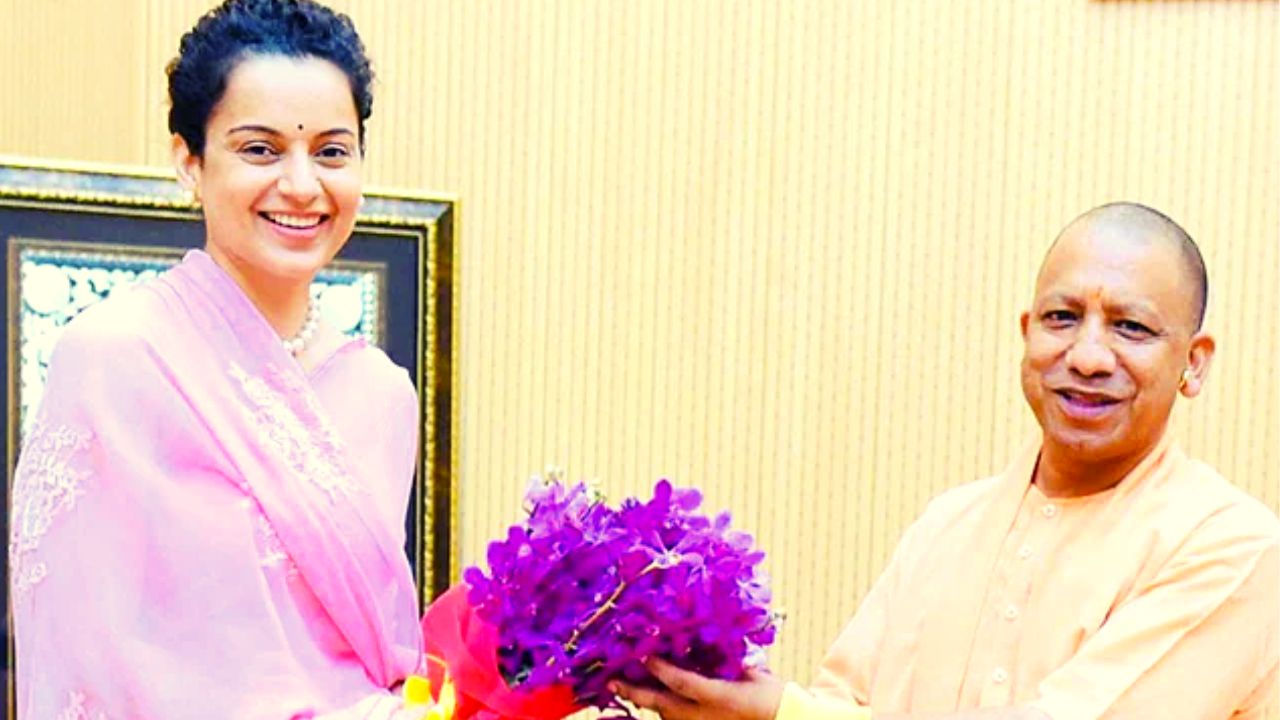 Bollywood’s queen and now Dhaakad actress Kangana Ranaut is all set to make it big and give her fans wholesome Bollywood vibes with her upcoming film. Ever since the Dhaakad trailer rolled out the whole film industry is buzzing with the amazing screenplay and netizens are going gaga over her looks and Arjun Rampal’s fearless acting. It even made American writer Chris Gore react and say this is how Black Widow (an american film) should be. And now Kangana dropped a picture of meeting  CM Yogi Adityanath at his official residence and dropped a picture from the same.

Late evening the actress posted a pic on her Instagram as she accepted a bouquet from the CM of Uttar Pradesh. Kangana captioned her post saying, "Today I had the great fortune of meeting Maharaj @myogi_adityanath ji after his tremendous victory in recent elections... It was a wonderful evening Maharaj ji's compassion, concerns and deep sense of involvement never ceases to amaze me .. I feel humbled honoured and inspired..."


Well, this wasn’t the first time that the actress met the CM. Kangana who is also simultaneously working for her upcoming film Tejas, met him last year on October 2 where she was honored  with a silver coin used for Ayodhya Ram Mandir Bhoomi Pujan by  Uttar Pradesh Chief Minister Yogi Adityanath . On the other hand Kangana has always been a vocal supporter of him and was also seen congratulating when Yogi Ji marked his second win at UP elections.

The film 'Dhaakad,' starring Kangana Ranaut, will be released on May 20. She will also appear in the film 'Tejas,' which will be released on October 5th.
Hansal Mehta marries Safeena Husain after 17 years, know his age, career, family, relationships, children and more.
यह भी पढ़ें