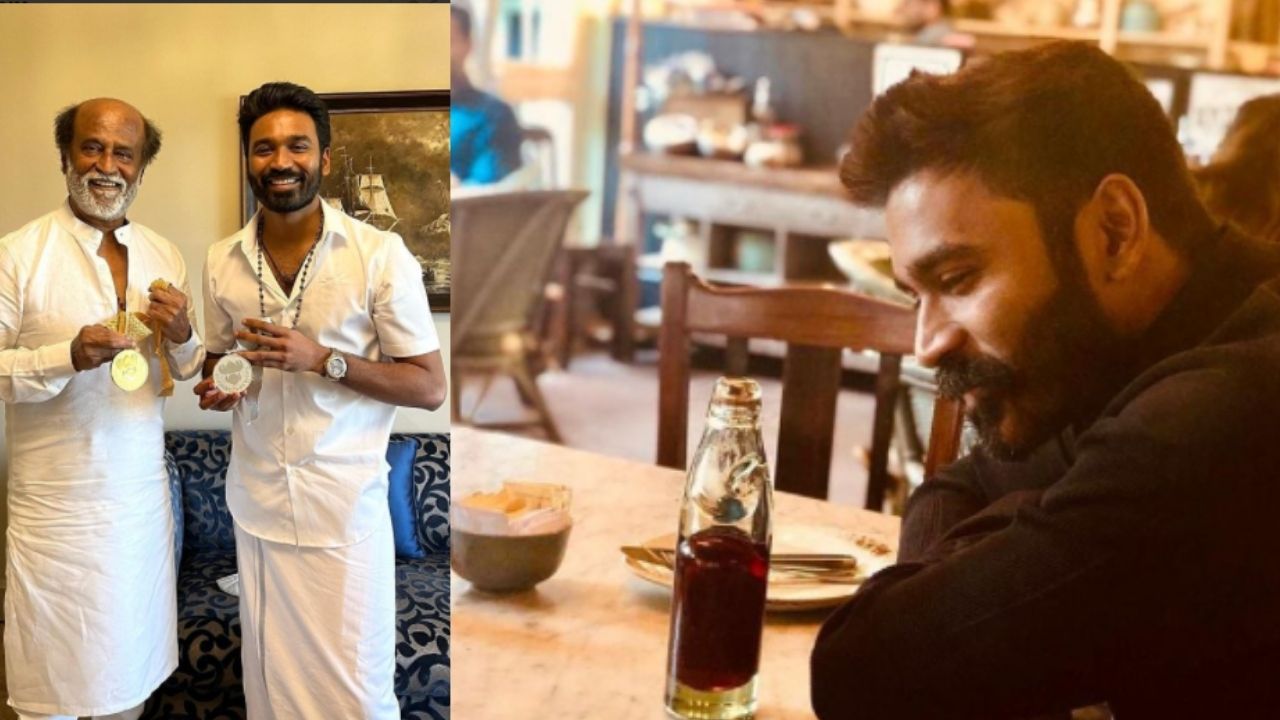 South superstar, Dhanush, has made waves once again after acting in the film Atrangi re opposite Akshay Kumar and Sara Ali Khan. The plot revolves around Rinku, a Bihari girl, and her two loverboys. Dhanush, who has appeared in nearly 44 films, works primarily in the Tamil cinema industry and has achieved success in a variety of fields such as acting, producing, songwriting, and singing. His brilliant film career also succeeded in bagging some major awards such as SIIMA awards, Filmfare south, National film awards etc. Not only this but, the celebrity was also enlisted by Forbes for all east 6 time sin top 100 list based on earnings of Indian celebs.

Dhanush debuted in Bollywood with film Ranjhana alongside Sonam Kapoor and received a lot of critical acclaim and appreciation. After Raanjhana, this will be Dhanush's second collaboration with Anand L. Rai, and for the first time, Sara and Akshay will share screen space with Dhanush. The film is backed by Bhushan Kumar, Colour Yellow Productions, and Cape Of Good Films. Wile Dhanush is no new to the Hindi industry, it is his brilliant career graph which attracts a lot of attention. Let’s try to find more about him.

Orignally known as Venkatesh Prabhu Kasturi Raja is an Indian writer, lyricist, director, singer, actor, dancer who was born on 28th July 1983. His father is well known Tamil director Kasturi Raja. He stepped inside the acting world soon after completing his higher secondary after being pressurized by his brother Selvaragahavan.

Dhanush debit film stood out to be a major hit in Tamil film industry. He debuted in cine world with Thulluvadho llmai under the direction of his father. He then appeared in his brother’s movie Kadhal Kondein, where he portrayed the role of mentally challenged youth. After giving back to back hits following the success of his brother’s debut movie, the release of Parattai Engira Azhagu Sundaram was a major setback in his career. The film was a remake of the Kannada film Jogi. During 2011-2014, Dhanush was on the peak of his career. Dhanush played the role of a local cockfighter in the film Aadukalam the film marked his entry in the National awards list and won back to back 6 awards at the time. His song ‘Why this Kolaveri d’ became the most searched Indian song, giving him an international recognition.

Dhanush debuted with Anand L. Rai’s Ranjhana in June 2013 alongside Anil Kapoor’s daughter Sonam Kapoor. The film was highly appreciated and made Dhanush a household name overnight. The film Atrangi re will mark his second collaboration with Director Anand L. rai and first with Akshay Kumar and Sara Ali Khan.

The actor is married to South superstar Rajnikanth;s daughter Aishwarya Rajnikanth on 18th November 2004 and has two sons named as Yathra and Linga.