Doctor Strange 2 review reaction: Benedict Cumberbatch starrer is a ‘pound for pound’ in the multiverse of madness 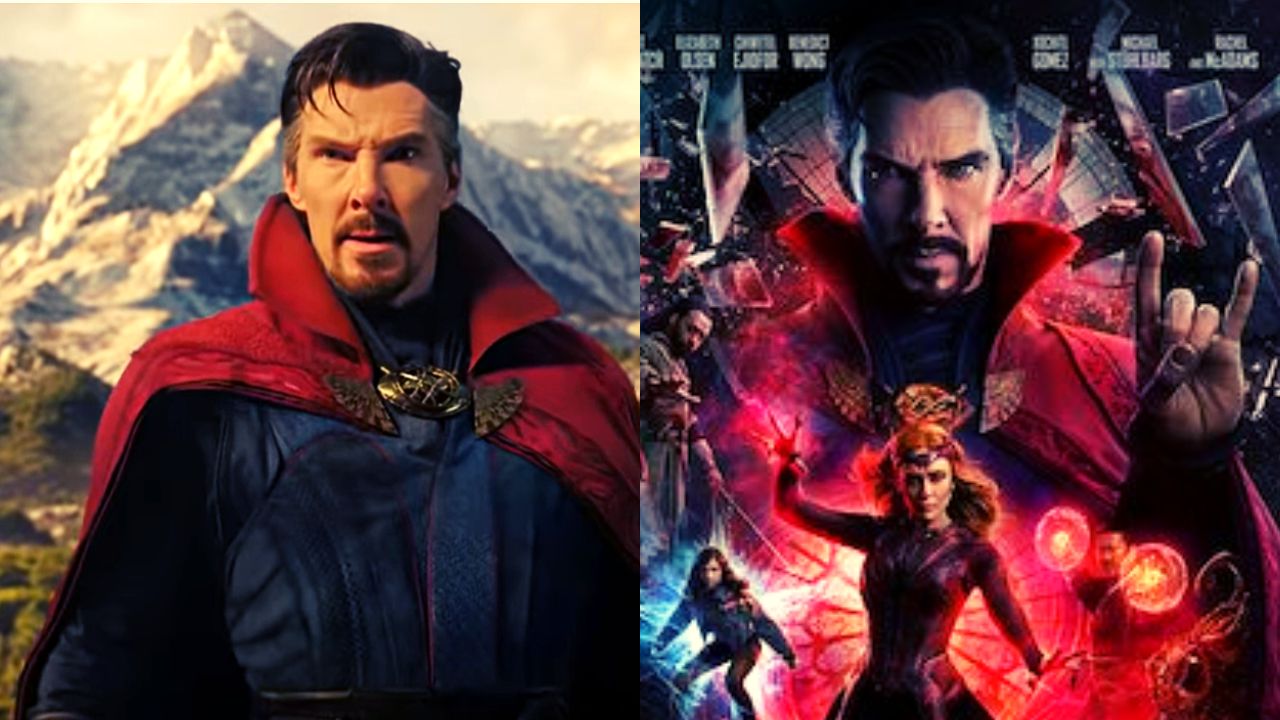 Doctor Strange 2 reaction: Doctor Strange in the multiverse of madness has made itself to the theaters and like every MCU movie ever Doctor strange 2 is getting quite a good opening in India as well. The events of WandaVision, Loki, and Spider-Man: No Way Home are all referenced in the latest film. The film was a delightful treat for any Marvel fan since it used it’s MCU factor of introducing cameos of other favorite  superhero characters in the film. The film was released on May 6, 2022 in India and globally.

After the Avengers reverse the gap in Endgame, Doctor Strange, aka Stephen Strange, reappears. He's more lonely and aware of his abilities, yet he's still defending Earth from alien forces. While Benedict Cumberbatch doing everything he can to save the world Elizabeth Olsen, continues to make us feel her suffering.Tobey Maguire reprised his role as Spider-Man in Spider-Man: No Way Home, following Doctor Strange's opening of the multiverse's doors. Although the MCU movie is not filled with only cameos as much as it was previously hyped on social media but it does gives some chills owing to it's horror side. Doctor Strange 2 has a thing in it that it can be viewed in two ways. It is both a small bank of thoughts and a massive twisted and deafening force as it opens the dark gates of MCU.

Collider’s Perri Nemiroff posted, “MARVEL MADE A HORROR MOVIE! It’s weird, scary and earns the title Multiverse of Madness. If you were at all concerned this movie wouldn’t feel Sam Raimi enough, fear not! I can’t imagine a more Sam Raimi MCU film. My genre loving heart is bursting right now.”

after watching doctor strange 2, all i can say is that SCARLET WITCH DOMINATED THE MOVIE! #MultiverseOfMadness #ScarletWitch pic.twitter.com/Zgw7SmCY1v

i think doctor strange 2 is pound-for-pound the most excitingly directed mcu movie so far, and by a pretty long shot too.

I Think this movie isnt only going to be epic,
Think the impact of that movie will extend to future movies.
What do u think wiz who will be the conflict in this movie?
1-#DoctorStrange& #Wanda clash or #Mordo.
2-Strange’s/Wanda's struggle wiz his/her peers from Multiverse.#wong pic.twitter.com/LBCgShM6js

i had the biggest grin on my face during the Illuminati scenes in Doctor Strange 2, i loved those actors and characters and the music and the exchanges and just everything, theres two actors that i REALLY want to see in those roles again but i won’t spoil anything for anyone

Thank fuck Doctor Strange 2 wasn’t the cameo fest social media hyped it up to be. It’s nothing like it.

saw #DoctorStrange 2 at the employee screening, really liked it a lot. the film was really intense and kind of scary, you can really tell sam raimi made this film and it's much better than the first one. the multiverse stuff is done really well, i give it a solid 8.5/10 for now pic.twitter.com/js9YUHB946

Hi, I’m back from the depths of depression.
Doctor Strange 2 was so much fun.
Sam, even while sailing on ship Feige, manages to do the most creatively powerful things behind the camera since Guardians 2.
He dares to ask "Are you happy?"
Video soon. pic.twitter.com/52nrLCJZ5O