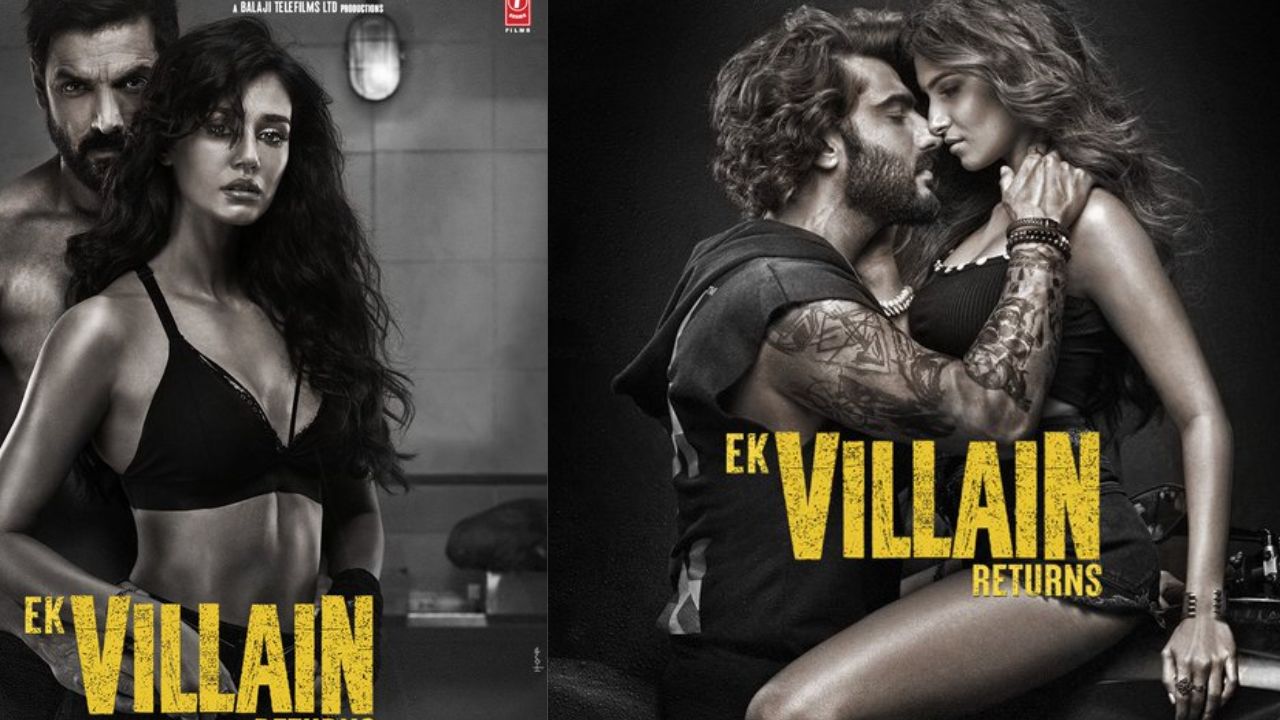 Ek Villain returns: The sequel to 2014 released Ek Villain starring Sidharth Malhotra, Shraddha Kapoor and Retiesh Deshmukh has finally glimpsed it’s arrival this time with a whole new star cast. Ek Villain returns feature Arjun Kapoor, John Abraham, Tara Sutari and Disha Patani in lead roles, after dropping intriguing and sensual posters the makers of the film now have disclosed the trailer of the upcoming romantic thriller. Director Mohit Sur’s second attempt gives promising vibes to the audiences, but whether or not it will create the magic like the original is yet to be seen.

Disha Patani, John Abraham, Tara Sutaria, and Arjun Kapoor appeared to be engaged in a love-revenge battle in the 2 minute, 43 second trailer, but Tara Sutaria's role eventually hints at a huge surprise. The passionate and intense on-screen chemistry between John-Disha and Tara-Arjun sets the screen on fire. The trailer mid way takes a dramatic turn as the male actors lock horns together while the female leads mysteriously plans something.

Dropping the trailer Arjun wrote “It's time to enter the Villain universe! #EkVillainReturns trailer out now. Coming to your nearest cinema halls this Villaintines Day.

The film will mark it’s theatrical release on 29th July 2022. The film is directed by Mohit Suri who also helmed the first part and bankrolled by Balaji Telefilms and T-series jointly. Apart from this Arjun will also be seen in ‘Lady Killer’ alongside Bhumi Pednekar, Additionally, he will collaborate on Aasmaan Bhardwaj's Kuttey with Tabu, Konkona Sen Sharma, Radhika Madan, Naseeruddin Shah, and Kumud Mishra.