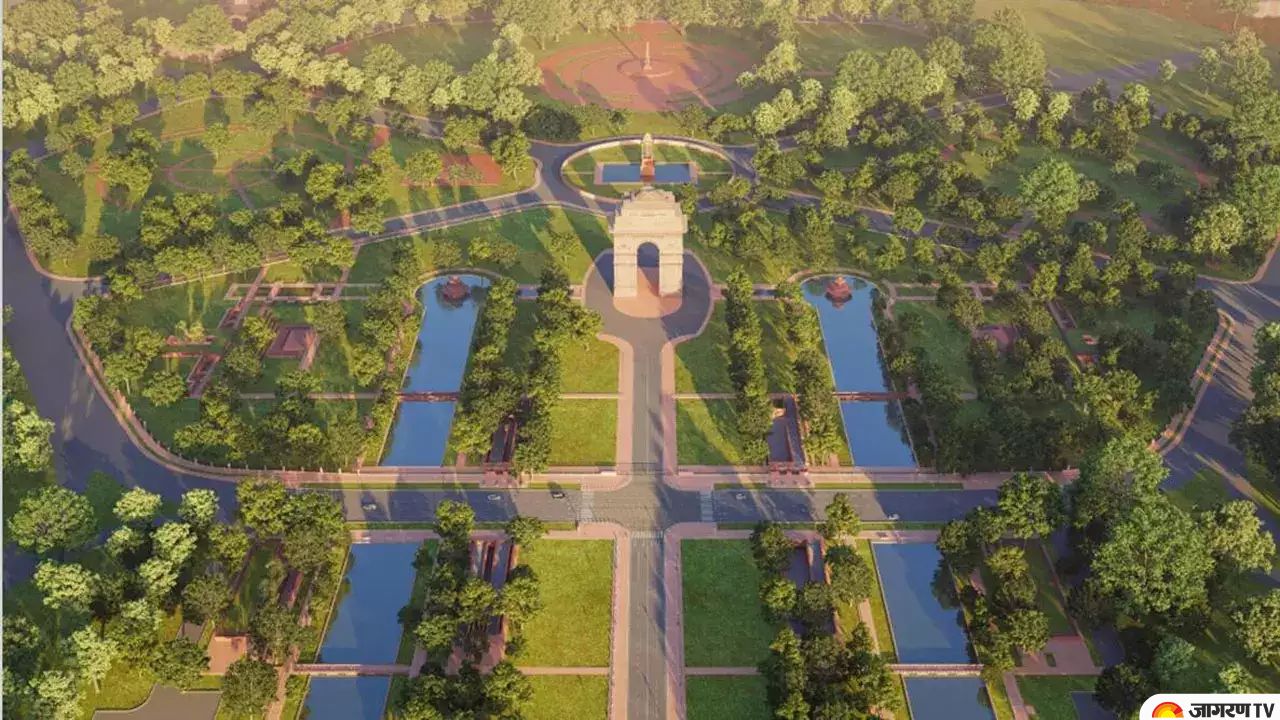 Kartavya Path Inauguration:  Prime Minister Narendra Modi is set to inaugurate the ‘Kartavya Path’ Thursday evening in the heart of the national capital. On the occasion of Independence Day,  the PM promised the nation to eliminate all the traces of colonialism and to bring out the glorious past of Indian culture.  PM’s personal website, “symbolises a shift from erstwhile Rajpath being an icon of power to Kartavya Path being an example of public ownership and empowerment”.

Kartavya Path | Before and after pictures, after development work at Central Vista in Delhi. pic.twitter.com/l41MtkGDhg


What is the meaning of Rajpath?- Rajpath meaning in English

New Delhi’s boulevard, Rajpath will be called Kartavya Path from today onwards. Rajpath means "King's Way" (Kingsway) in honour of George V, the Indian Emperor at the time, who paid a visit to Delhi in December 1911, the same month that the British Raj proclaimed Delhi the new imperial capital of British India.

Janpath, also known as the People's Way and once the Queensway, intersects Rajpath at a right angle. Following independence, Kingsway was renamed Rajpath, and in the Central Vista Redevelopment Project it is referred to as "Central Vista Avenue."

Kartavya Path is an apt name for a road that leads to the temple of the world’s largest democracy.

May it serve as a reminder to public servants everywhere that dharma & duty are the bedrock of public service.


Importance of the word “Kartavya’’

In PM Modi's addresses, the word "Kartavya" (duty) has repeatedly appeared. When delivering at Pariksha Pe Charcha in 2019, Modi began by emphasising the need of not viewing fundamental rights and obligations in a vacuum and provided instances of how they do not conflict.

At an Azadi ka Amrit Mahotsav ceremony in January, the prime minister reignited the "Rights vs. Duties" controversy by urging everyone to follow the "way of duty" and arguing that failing to fulfil one's obligations completely has been a major factor in keeping India weak.

“In the past 75 years, we only kept talking about rights, fighting for rights and wasting our time. The issue of rights may be right to some extent in certain circumstances, but neglecting one’s duties completely has played a huge role in keeping India vulnerable,” he had said.


Breaking the Colonial Past