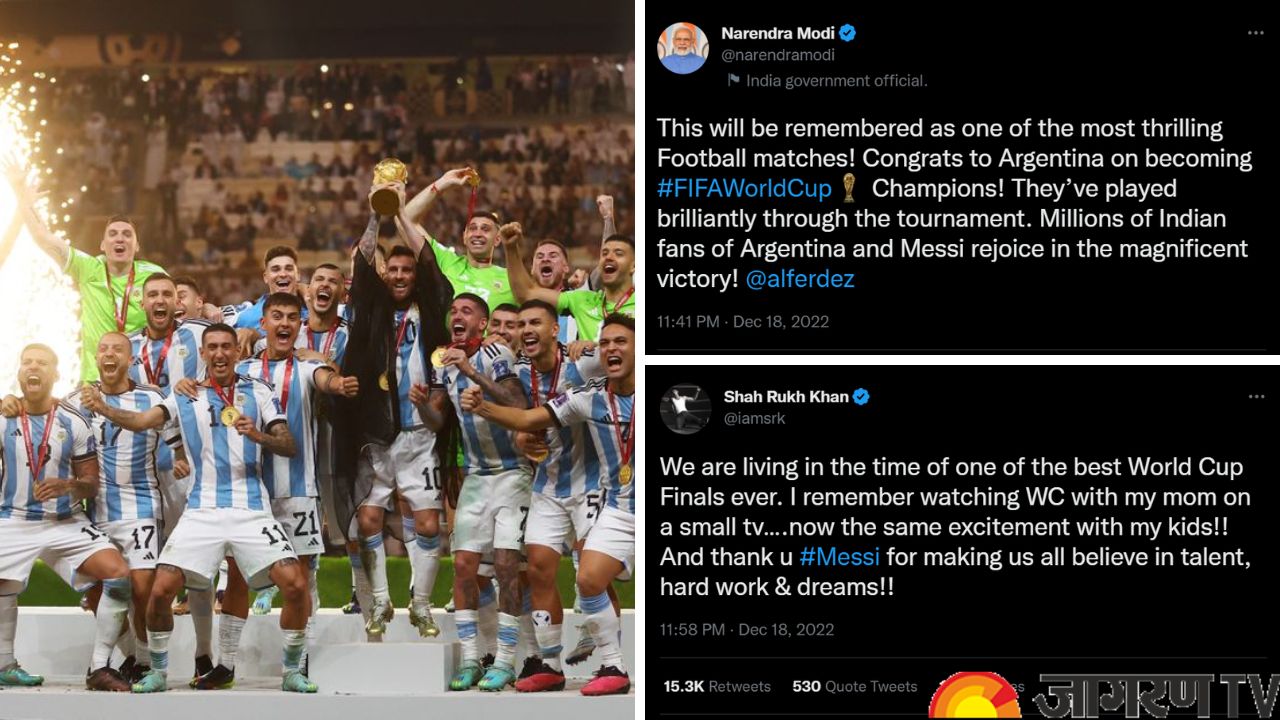 Argentina has finally claimed the world cup trophy after 28 years. Their hard work and determination have led them to win the final against France which was considered to be one of the toughest contenders in the Fifa World Cup 2022. The team has given the entire credit to the captain and the GOAT Lionel Messi who scored two goals against France. Though France’s star player Kyllian Mbappe managed to bring the match at an equalizer at the 81 min, he could not stop the Argentina team who beat them in the World Cup race.

Fans all over the world have congratulated the team, Lionel Messi and the country for their historic win. India was also lit up with Argentina victory as the craze of football has been significantly increasing. People in many cities like Kolkata and Delhi came out on the road and celebrated the victory. Not only this, many Indian celebrities also reacted to the victory of Argentina and congratulated the team. Let’s take a look at some of the celebrities reactions on the world cup win.

This will be remembered as one of the most thrilling Football matches! Congrats to Argentina on becoming #FIFAWorldCup Champions! They’ve played brilliantly through the tournament. Millions of Indian fans of Argentina and Messi rejoice in the magnificent victory! @alferdez

We are living in the time of one of the best World Cup Finals ever. I remember watching WC with my mom on a small tv….now the same excitement with my kids!! And thank u #Messi for making us all believe in talent, hard work & dreams!!

Vamos Argentina 🇦🇷. What a WC victory this one was. pic.twitter.com/PKDmFE4jeF

Messi ! Fairy tale endings are possible !! The most deserving ♥️♥️⭐️⭐️ Di Maria stepped up when mattered , and Emi Martinez the Hero of this match ! Or even the World Cup !! Probably the happiest day of this year.

Whaaaat a match and Whaaaaaaat a player!
Could not have imagined a better way to close this #WorldCup, especially for the man for all times #Messi!!!

I am not Argentine.
I am not French.
So then please explain to me why MY heart is thumping?#WorldCupFinal

It had to be Him. #Messi𓃵

Congrats to Argentina and to the GOAT, Lionel Messi, for an amazing World Cup victory. https://t.co/TkPRhReOV9