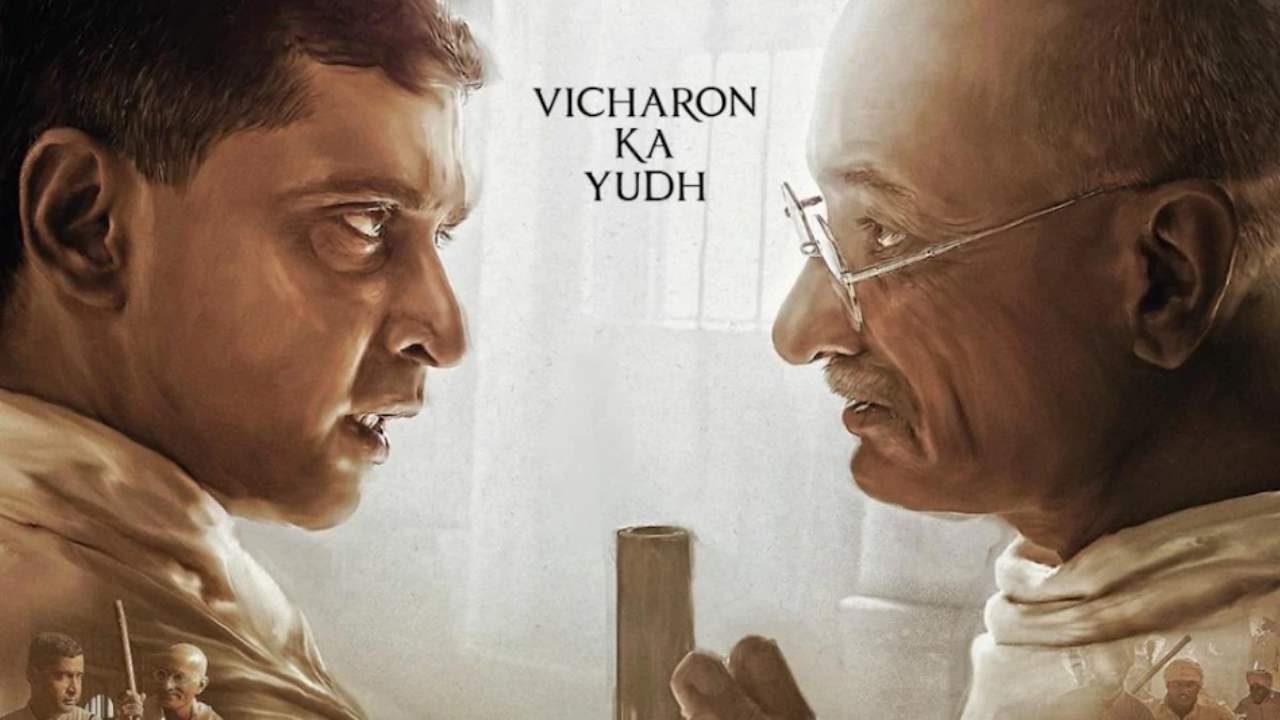 Gandhi Godse Ek Yudh: Helmed by renowned film director Rajkumar Santhoshi Gandhi Gosde ek yudh is an upcoming Bollywood film. The film will mark the filmmaker’s comeback on the big screen after 9 long years. He previously directed the film Phata poster nikhla hero in 2013 which was a commercial disaster. However the first glimpse of the upcoming film has managed to garner positive attention from the viewers, but going by the date Gandhi Godse will clash with Shahrukh Khan-Deepika Padukone’s Pathan which is releasing a day earlier.

Gandhi Godse Ek Yudh will make its theatrical debut on the occasion of India’s Republic day i.e January 26th 2023. Whereas, SRK-Deepika Pathan is slated for a January 25th 2023 release. The film was previously titled as Gandhi Vs Godse however following a row of controversy it was changed to Gandhi Godse.

It was January 30th 1948 when Mahatma Gandhi was shot dead by Nathuram Godse. The trailer of Gandhi Godse ek yudh delivers their viewers an intriguing look at the horrific experience which followed India post Partition. The time when racial unrest brought the nation and its people to its knees. Simultaneously the film also depicts a parallel reality in which Mahatma Gandhi managed to escape Nathuram Godse's gunfire and things got changed from what we see today.

What if Mahatma Gandhi was shot and survived? The struggle between Mohandas Gandhi and Nathuram Godse's two absolute opposite viewpoints is examined in the movie. Gandhi Godse - Ek Yudh is directed and written by National Award-winning director and writer Rajkumar Santoshi and stars Chinmay Mandlekar and Deepak Antani in the key roles.