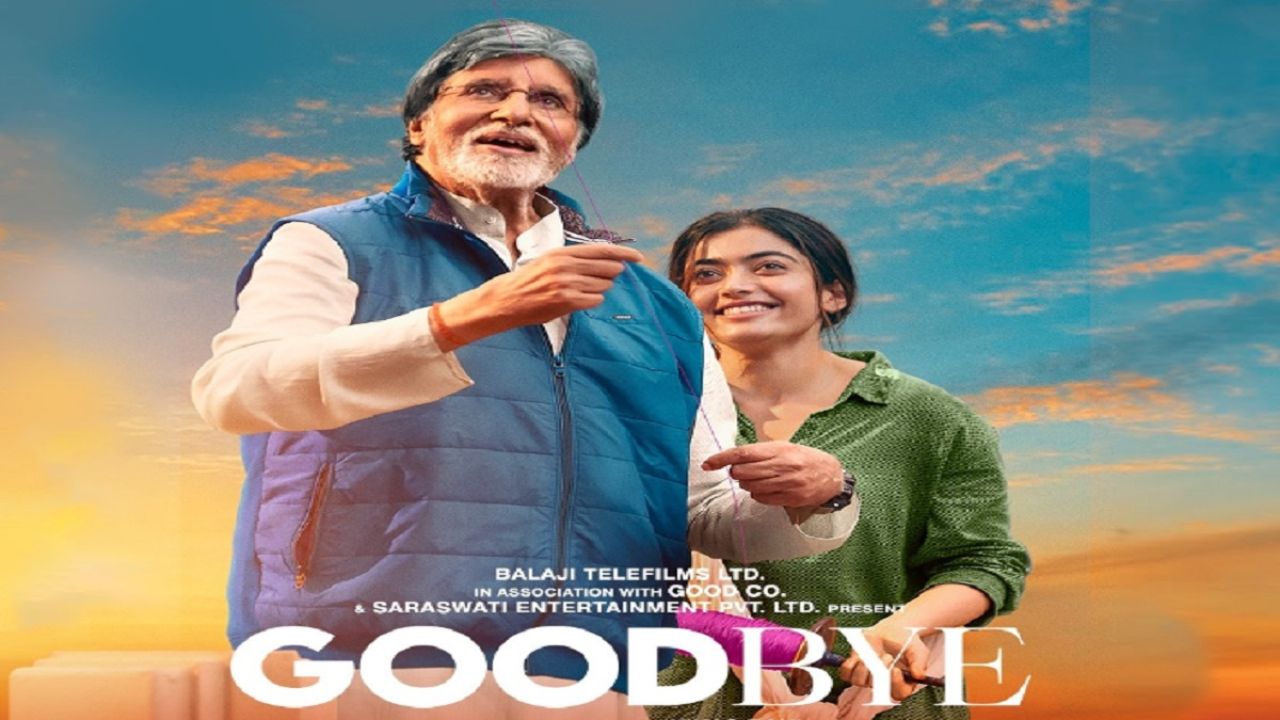 Goodbye OTT release date & time: Amitabh Bachchan and Rashmika Mandanna play the leads in the drama-filled family dysfunction movie, which will soon be available on streaming platforms. One of the much awaited family drama movie Goodbye which received positive reviews and critics acclamation has a  theatrical release on October 7, 2022 and now following the completion of it’s theatrical release, Goodbye is ready to appease it’s OTT audience. Check out when and where to watch the film.


Where to watch Amitabh Bachchan’s Goodbye

The movie which is written by Vikash Bahl and bankrolled by Balaji motion pictures will debut soon on OTT giant Netflix in no time. The movie debuted to favorable reviews from reviewers and viewers, however despite favorable reviews, it did poorly financially.

Reportedly the Digital streaming rights of Goodbye has been acquired by Netflix, which is ready to stream Rashmika-Amitabh’s film starting from December 2nd, 2022. The film will be released in Hindi language, no recent update has been made regarding it’s dub.

The drama and mayhem of a dysfunctional family are the premise for the storyline of the movie. The story begins with a clash between four kids returning to their father's home after their mother passes away suddenly.

The film which was made on a budget of Rs. 30 Crore, also stars Neena Gupta, Sunil Grover, Pavail Gulati, Elli AvrRam, Ashish Vidyarthi, Shayank Shuklam, Shivin Narang, and Arun Bali alongside Amitabh Bachchan and Rashmika Mandanna in the film.