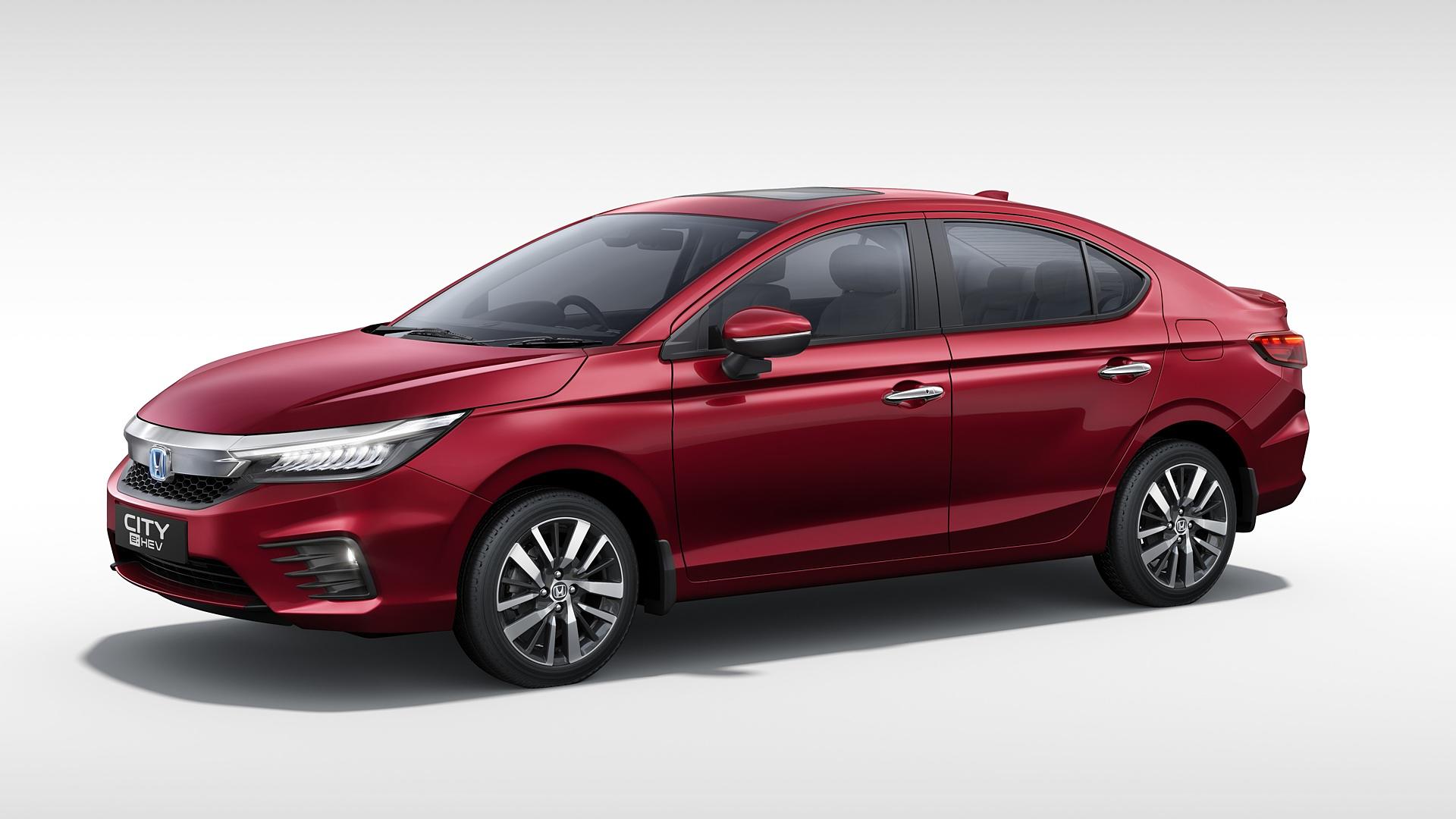 Honda Cars India is geared with their new Honda City e:HEV, an electric-hybrid with a plethora of smart features that keep you safe and engaged. Let’s take a look at its specifications.

The City e: HEV gets blue highlights on the Honda logos, a new fog lamp garnish, a lip spoiler on the boot and a diffuser at the rear but that’s about it as far as the exterior is concerned. The lower section of the front grille is also new with a honeycomb mesh-like pattern in black sitting below the fat horizontal chrome slat. The claw pattern housing for the fog lamp is also specific to the e:HEV, and you also get a different pattern on the two-tone alloy wheels.

The LED array headlight cluster is the same as the regular City ZX trim. At the back, there's a trunk lid spoiler, a carbon fibre look diffuser, and the e:HEV badge that sets it apart. But for the most part at first glance, this looks just like the Honda City ZX.

It gets an 8-inch infotainment system with Apple car play and Android Auto, but the interface could have been better. The car now also gets a new set of cameras and an updated 7-inch digital instrument cluster, which displays an informative energy flow pattern that tells you where the power is coming from and how it’s going to the front wheels among other details.

The City Hybrid gets a 1.5 L DOHC, four-cylinder petrol engine, but this makes a lower 98bhp and 127Nm (121bhp and 145Nm in regular City) because this engine operates on the Atkinson cycle. Hence, there are a few numbers of parts that have been replaced to improve the efficiency. There are two electric motors (AC Synchronous) which work in tandem with the engine. The electric motors produce 108 bhp of power and 253 Nm of torque. The combined output from both electric motor and engine is 126 bhp.

The #HondaCity e:HEV looks strong in terms of fuel efficiency, driving experience, features and safety list but on the flip side, the quality of the interiors feels a segment down and we could have done with more feel from the steering: https://t.co/HUV4AiosDF#CWNews #Creative pic.twitter.com/VvYXiHldbr