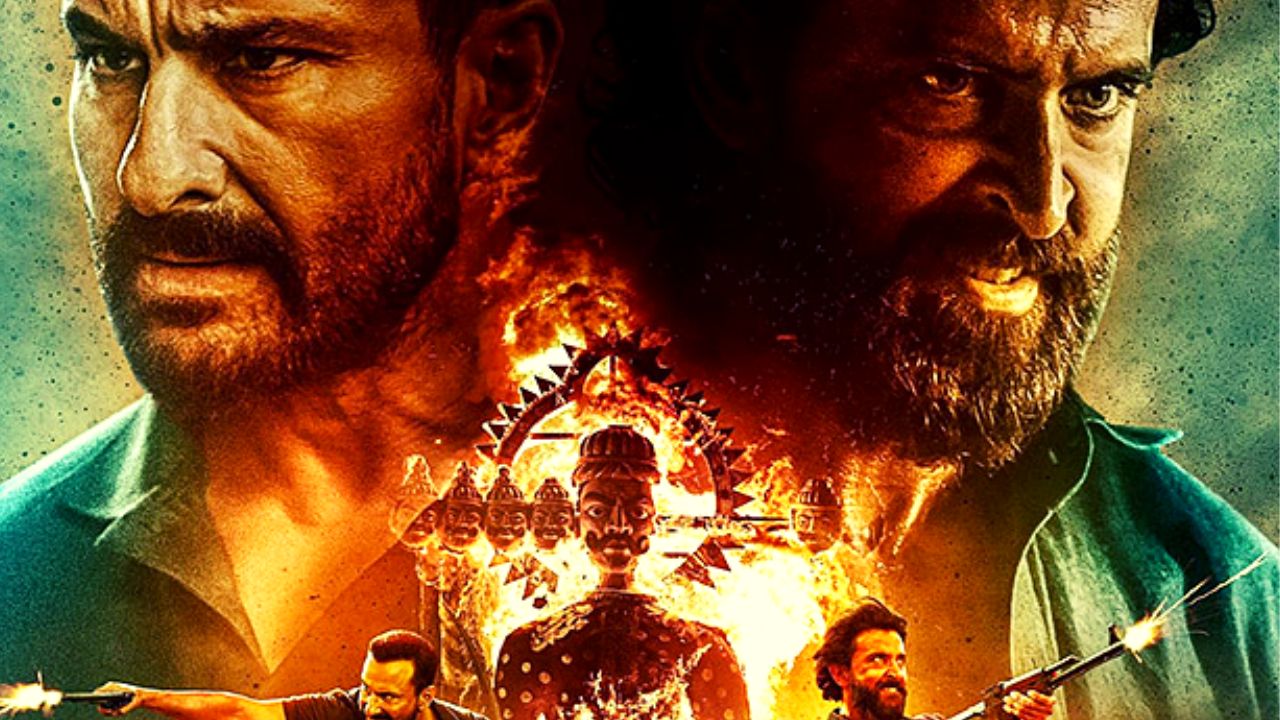 Vikram Vedha review: Among the piled up Bollywood and Pan India biggies one of the highly awaited ones was Hrithik Roshan’s Vikram Vedha which has been making a lot of noise ahead of it’s premiere and now that its first review is out the internet has been left buzzing with reactions. Vikram Vedha despite being a remake has successfully started pulling the audience to the theaters all thanks to Hrithik Roshan and Saif Ali Khan’s mighty faceoff. While moviegoers eagerly await the film's premiere, the first review—written by a special someone has already given a thumbs up.

For those who are unaware, the upcoming Bollywood action thriller is actually a remake of the 2017 Tamil hit with the same name. Hrithik and Saif reprised their leading roles of Vijay Sethupathi and R Madhavan in the Hindi adaptation.

Another critic tweeted “MASSSSIVE. Nothing can stop this film from being ATBB. Every department shines and how!! Escapost cinema at it’s best. Easily will be in the top 10 Indian movies ever made.1st half of the mvi if flawless but second half is unimaginable. Hands down “

According to several well-known critics, this movie is superior to the original and will appeal to viewers of all ages. When it comes to getting favourable early evaluations from media premieres, Vikram Vedha has checked all the appropriate boxes. The audience's response, though, is the most crucial component which will decide the future of the film.

Vikram Vedha and the boycott trend

For those living under the rocks, Hrithik’s film was heavily criticized and even called for a boycott after the actor supported Aamir Khan and Kareena Kapoor Khan during the premiere of Laal Singh Chaddha. Vikram Vedha will release on Sep 30th 2022 alongside Mani Ratnam’s PS-1.

Tomorrow Roshan Calculator Will Be Back After Year 2017 Almost 5 Years To Save Nepotism Product @iHrithik & His Stardom! #VikramVedha 😅😭

Feeling ecstatic at the thought that the wait for #VikramVedha has come down from 3 years to just 1 day in between. Can't wait to see my Vedha on the big screen tomorrow!!

What a swag #HrithikRoshan sir🔥
Can't wait to watch my Fav Hrithik Roshan sir as a most challenging and most potential character Vedha ❤️
Vikram Vedha gonna be super duper blockbuster. All the best to my fav @iHrithik sir. Love you lots 🙏💯..#VikramVedha #Vedha #Hrithik pic.twitter.com/Og2JPSkxvm

Just done with #VikramVedha premiere in #Dubai. Heartening to watch @iHrithik and #SaifAliKhan in strapping, terrific form. Enjoyed the cop/gangster thriller throughly. Both actors stood tall and had such towering screen presence. My review will be up on @GulfNewsTabloid tom!