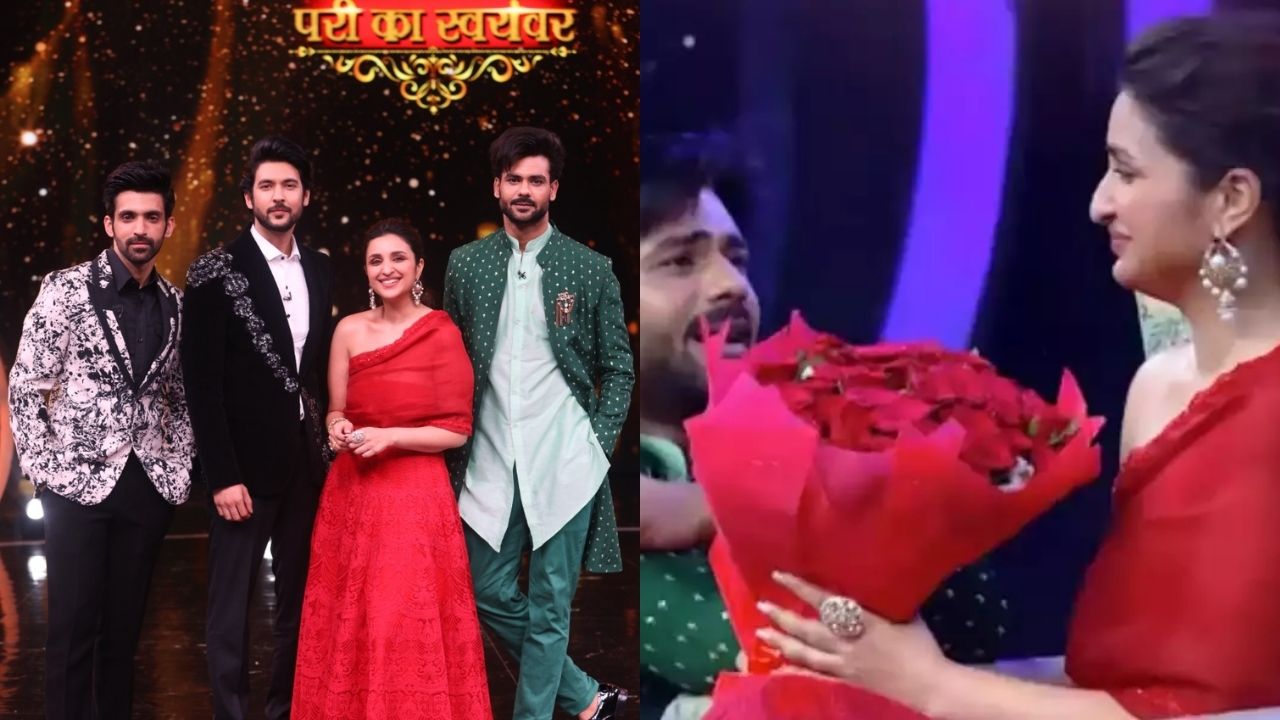 In the upcoming episode of Hunarbaaz Desh Ki Shaan, the actress and judge Parineet will have a swayamvar organised for her. Parineeti will show up in the red gown while her suitors try to impress her. The channel also shared a snippet out of this upcoming episode and posted it as a teaser. They posted a caption along with it which reads, “Parineeti ke swayamvar mein racha jashn ka mahaul. Aaye hai teen handsome hunk jeetne uska dil”. Watch the video here:

Hunarbaaz Desh Ki Shaan is hosted by the power couple of Tv world, Bharti Singh and Haarsh Limbachiya. The episode will feature Parineeti Chopra and other judges: Karan Johar and Mithun Chakraborty. The episode will go on air on Saturday at 9pm and on Sunday at 7pm, only on Colors TV channel.