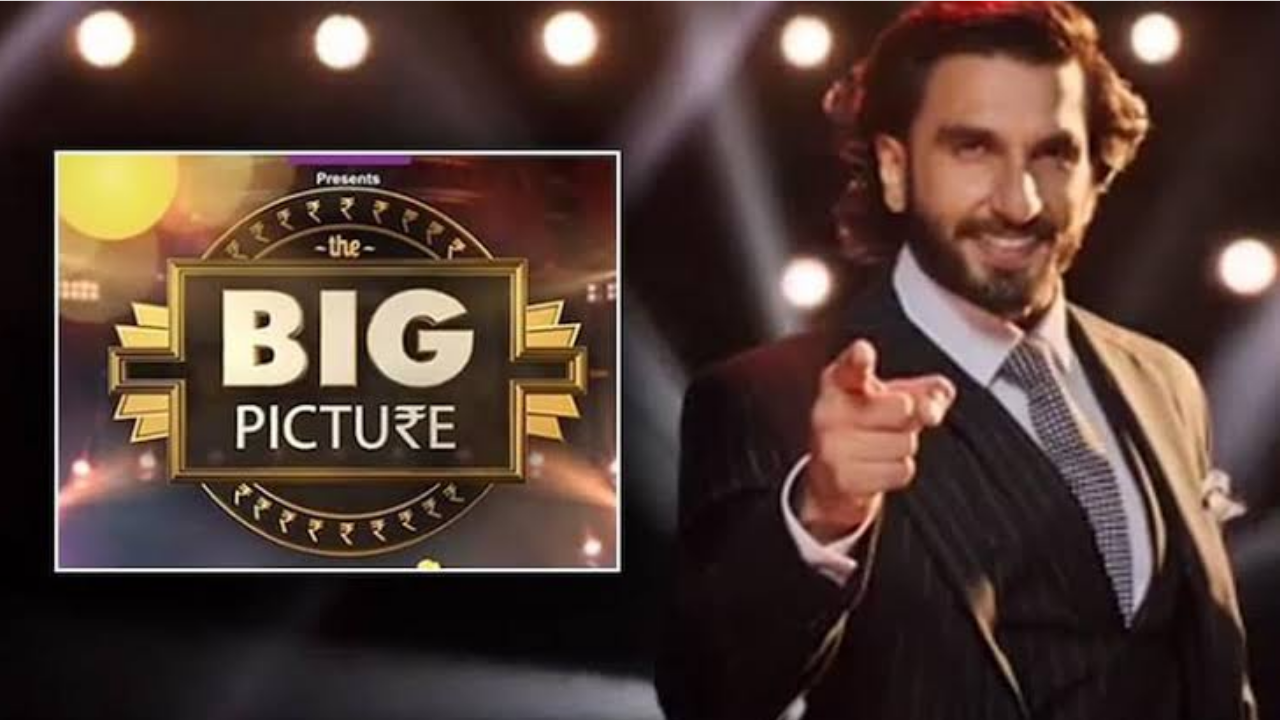 Bollywood’s heartthrob Ranveer Singh is all set to debut on the television screen with his upcoming quiz based show ‘the Big picture’ on ColorTv. The show is going to be India’s first visual based quiz show, the registration and audition process started way back and now the channel has also dropped it’s first promo featuring energetic Ranveer Singh.

Although, Bollywood superstars taking over the small screen is not a new culture in the town, Amitabh Bachchan is successfully hosting the 13th season of Kaun Banega crorepati, while Salman khan is hosting his 15th season of Bigg Boss, both Shahrukh and Salman also tried their hands on the quiz based show on television earlier. Now we can see where the inspiration is coming from. Ranveer Singh revealed that as a child, he was enthralled by on-screen superstars such as Amitabh Bachchan, Shah Rukh Khan, Salman Khan, and Akshay Kumar, who have all hosted successful TV shows and amused the entire country.

Ranveer in a statement said “Mainstream icon Amitabh Bachchan, Shah Rukh Khan, Salman Khan, and Akshay Kumar have all used their television shows to connect with and captivate the public. "I've admired them since I was a child and have followed their path intently,"

“I'm ecstatic to be hosting 'The Big Picture,' my first television show! I'm delighted that I've been given the opportunity to entertain the nation with a show with a new concept, which the COLORS team is excited about.” The actor added further.

The big picture hosted by superstar Ranveer Singh will air on colortv from 16th October 2021. The running hour of the show will be one and a half hour on weekend starting at 8 PM the show will precede Salman khan’s Bigg boss 15 weekend ka vaar episode.
Rhea Kapoor says ‘ I was called silly for not believing in Karwa chauth’: see post
यह भी पढ़ें