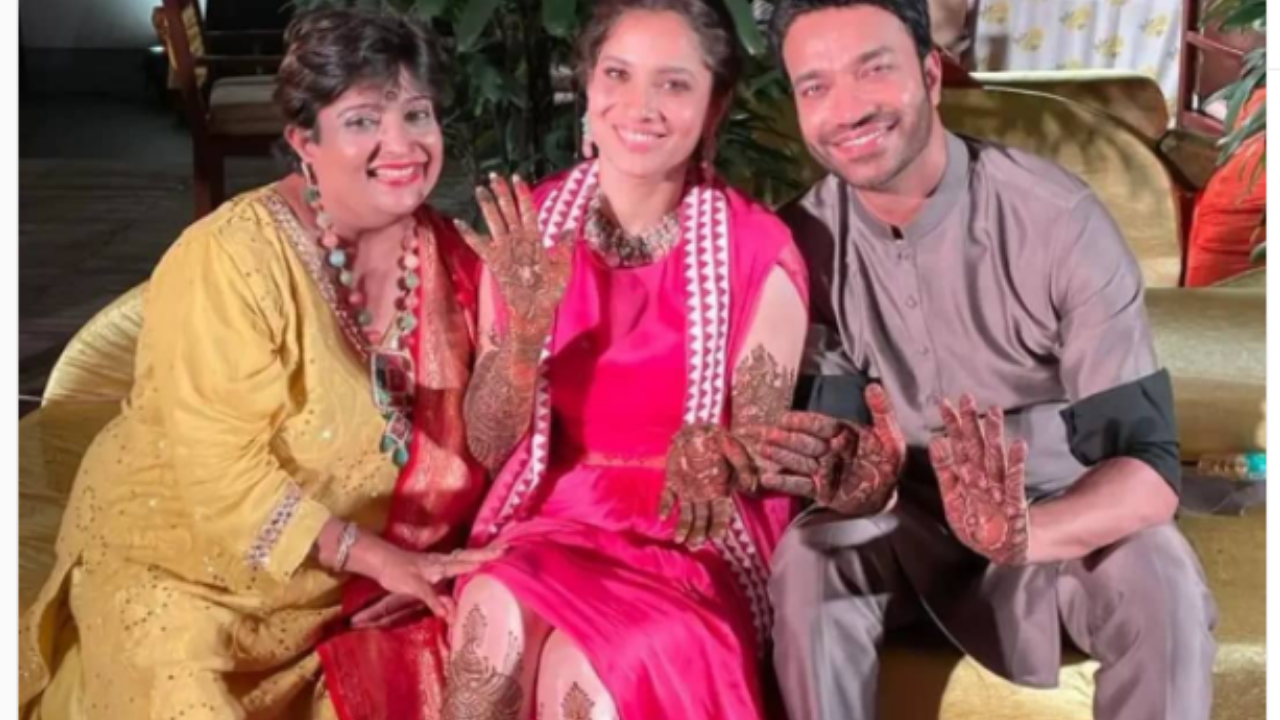 Ankita Lokhande marriage: It’s raining marriages in the industry, and we can feel Vicky’s going lucky this time. After the hush hush wedding of Katrina Kaif and Vicky kaushal it is now time to shower all your blessing and well-wishes to soon to be bride-gorom Ankita Lokhande and Vicky Jain. On Saturday night, Ankita Lokhande had her Mehndi ceremony. The picture from the same surfaced over social media.

After a long wait, Ankita is finally going to get hitched to, her long time boyfriend, Vicky. Pre-wedding rituals for the pair have begun at the same time. For the mehedni ceremony the pair chose celebrity artist veena Naagra who can be seen posing alongside the couple while dying their hands with heena. During this time, the actress is dressed in a pink gown. Vicky is dressed in a grey kurta pyjama, and together they are slaying as a couple.

For the unversed, Ankita Lokhande and Vicky Jain will tie the knot at the Grand Hyatt Hotel in Mumbai on December 14. According to sources, the couple will get engaged today i.e December 12th. On December 13, a Haldi and Sangeet ceremony will be held. Earlier the actress hosted a bachelorette party for her girlfriends which included bestie Shristy Rode, Aparna Dixit, Rashmi Desai along with others.