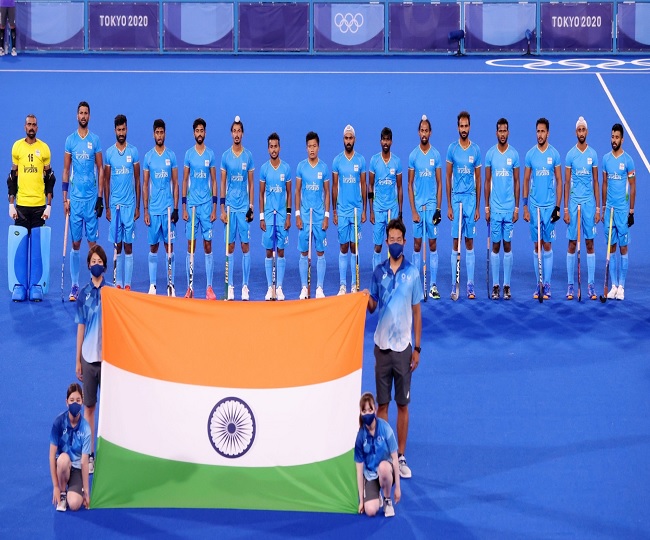 The Indian Men’s Hockey team scripted history earlier this day, as the Indian field hockey team bagged a Bronze medal at the Tokyo Olympics 2020. India won a bronze medal on 5th August 2021 in a historic win after 41 years by defeating Germany by 5-4.

While players such as Simanjeet Singh, Harmanpreet Singh, and the goalkeeper Sreejeth are being lauded for their one of the best performances on the field. This historic win of the Indian Men’s Hockey team at the Tokyo Olympics made the whole country proud as well as emotional at the same time.

So, in the article below, let’s have a look at the Social media reactions for Indian Men’s Hockey team, and their historic win.

Forget 1983, 2007 or 2011, this medal in Hockey is bigger than any World Cup! #IndianHockeyMyPride 🇮🇳 pic.twitter.com/UZjfPwFHJJ

Historic! A day that will be etched in the memory of every Indian.

Congratulations to our Men’s Hockey Team for bringing home the Bronze. With this feat, they have captured the imagination of the entire nation, especially our youth. India is proud of our Hockey team. 🏑

Prime Minister Narendra Modi also congratulated and thanked the Men's Hockey team for bringing home a bronze medal and adding one more medal to India's bucket from the Tokyo Olympics 2020.

CHAK DHE INDIA🇮🇳 what a thriller what a match. After a long 41 years india is up to the 🥉. Well done team india❤🇮🇳
Proud of u🤗#IND #IndianHockey pic.twitter.com/t6UqdDjtDO

India's win at the Tokyo Olympics 2020 was a team effort, which led us to the ultimate victory.