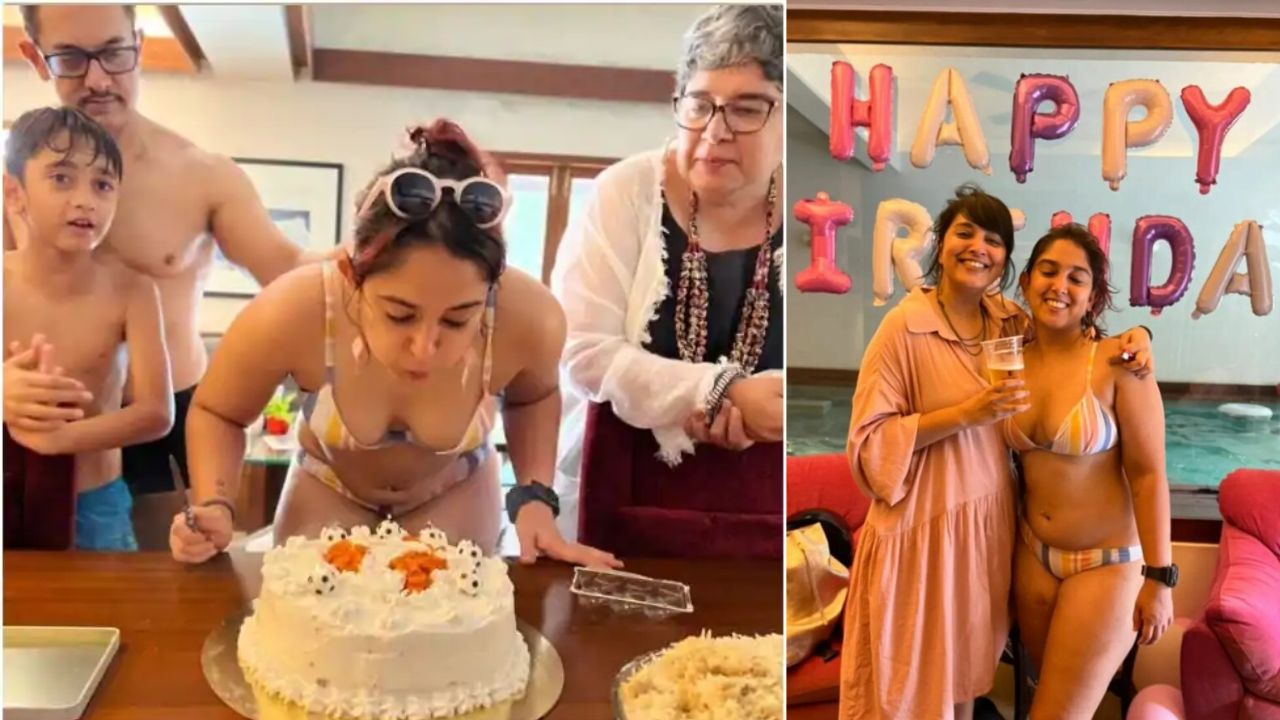 Bollywood’s superstar Aamir Khan’s daughter Ira Khan turned 25th yesterday. The star kid shared a string of images from her birthday party celebration which was on a pool party theme. Several photos from her birthday celebrations, in which she can be seen partying with Aamir Khan, mom Reena Dutta, and brother Azad, have gone viral on social media. For those who don’t know, Ira is the daughter of Aamir Khan’s and his first wife Reena Dutta. Ira’s rumored boyfriend Nupur Shikhare also joined the bash.

Ira Khan celebrated her 25th birthday with a pool party on Sunday. She enjoyed a cake-cutting time with Nupur Shikhare, her boyfriend and fitness coach, and another with her parents and stepbrother Azad Rao Khan. Aamir’s second wife Kiran Rao also marked her attendance and was seen enjoying it with the family. Take a look at her birthday celebrations pics

Ira’s boyfriend Nupur also took to his social media to wish her the big day and said ‘Happy Birthday my love. I love you so much bubs’ and the internet went into a meltdown.

After Ira's bikini pic in bikini went viral while she was cutting cake in presence of her family, many trollers badmouthed her for the way she was dressed. But, singer Sona Mohapatra gave a tight slap on those trollers' faces and said she is 25 and needs neither of our approval. "All the people outraging about Ira Khan’s choice of attire or linking it to what #AamirKhan said, did or didn’t in the past please note; she is 25. A free, thinking, adult woman. Is exercising her choices. Doesn’t need her dad’s approval or yours. BUZZ off. #Patriachy #India."Many fans hailed Sona for taking a stand for Ira.


Ira Khan, Aamir Khan's daughter, has been suffering from depression for quite some time. She wrote a long letter on Instagram, stating that she had started having anxiety episodes a few days ago.
Malaika Arora & Arjun Kapoor to get married by the end of the year?; deets inside
यह भी पढ़ें