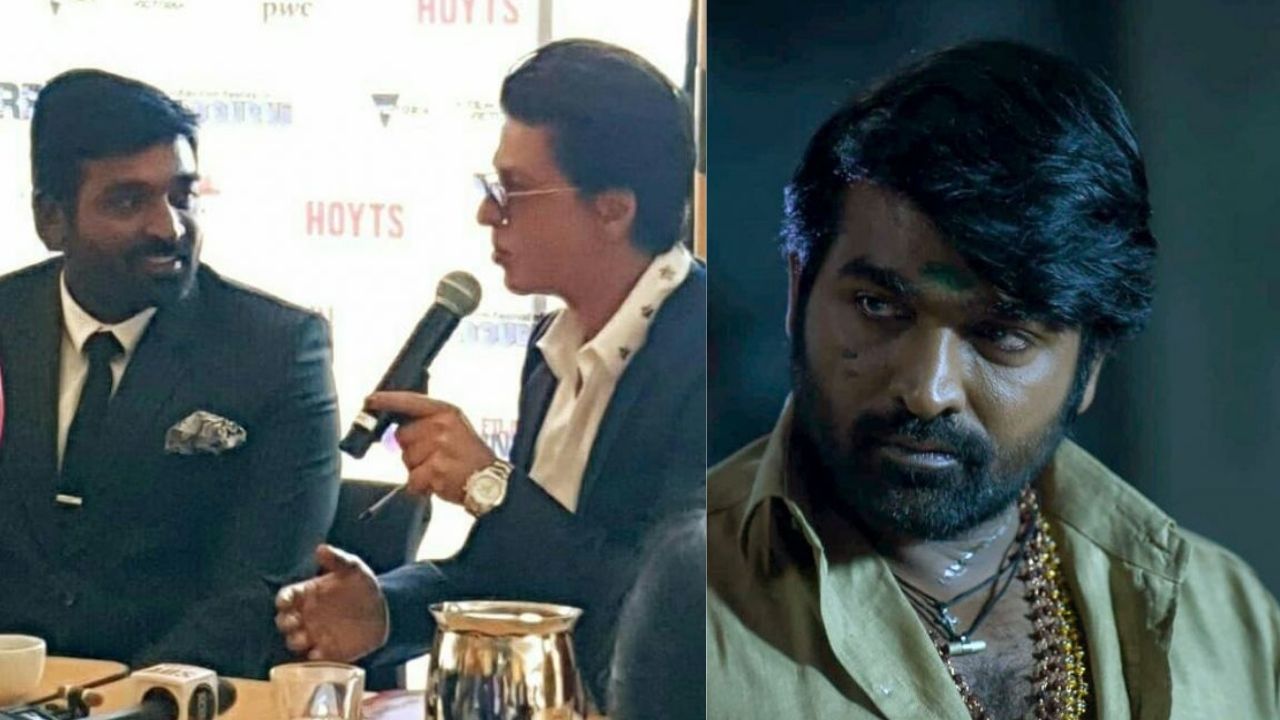 Shahrukh Khan these days is busy headlining a lot of articles and why not when the upcoming year is full of Srk contents,  Yes we are talking about his back to back films and cameos in biggies including Jawan, Pathan, Dhunki, Brahmastra and many more. But, let’s talk about his current most buzzed pan India film jawan alongside actress Nayanthara and now Vijay Sethupati. Reportedly Vijay is roped in to play the antagonist in the film who will fight Shahrukh in Atlee’s next. Meanwhile a video which is claimed to be not so old has gone viral on the internet and is winning hearts.

The press conference was conducted in the video in 2019 with Shah Rukh, Vijay, and Karan Johar during the 10th Indian Film Festival of Melbourne and it was the same event where Vijay took the best actor award for his film ‘Super Deluxe’. In the press conference video SRK and Vijay can be seen sitting next to each other and Shahrukh remarks “I want to compliment you. You are the most wonderful actor I have ever seen in my life." to which the latter looks at him all surprised and overwhelmed and later shares how he felt by the word of parises”.

Later in the interview the super deluxe actor reacted and said “"Perhaps by mistake! I was delighted since I didn't anticipate that, I wasn't sure if he knew me or not when he made this comment”. Well, now fans can finally see both of them sharing screen with each other in such close proximity.

Helmed by South Indian director Atlee.  Along with other languages, Jawan will be made available in Hindi, Tamil, Telugu, Malayalam, and Kannada. The film will have a theatrical release as well as an OTT release when it has finished its 60–90 day theatrical run. Jawan's OTT streaming rights were purchased by Netflix for a staggering Rs 120 crore.