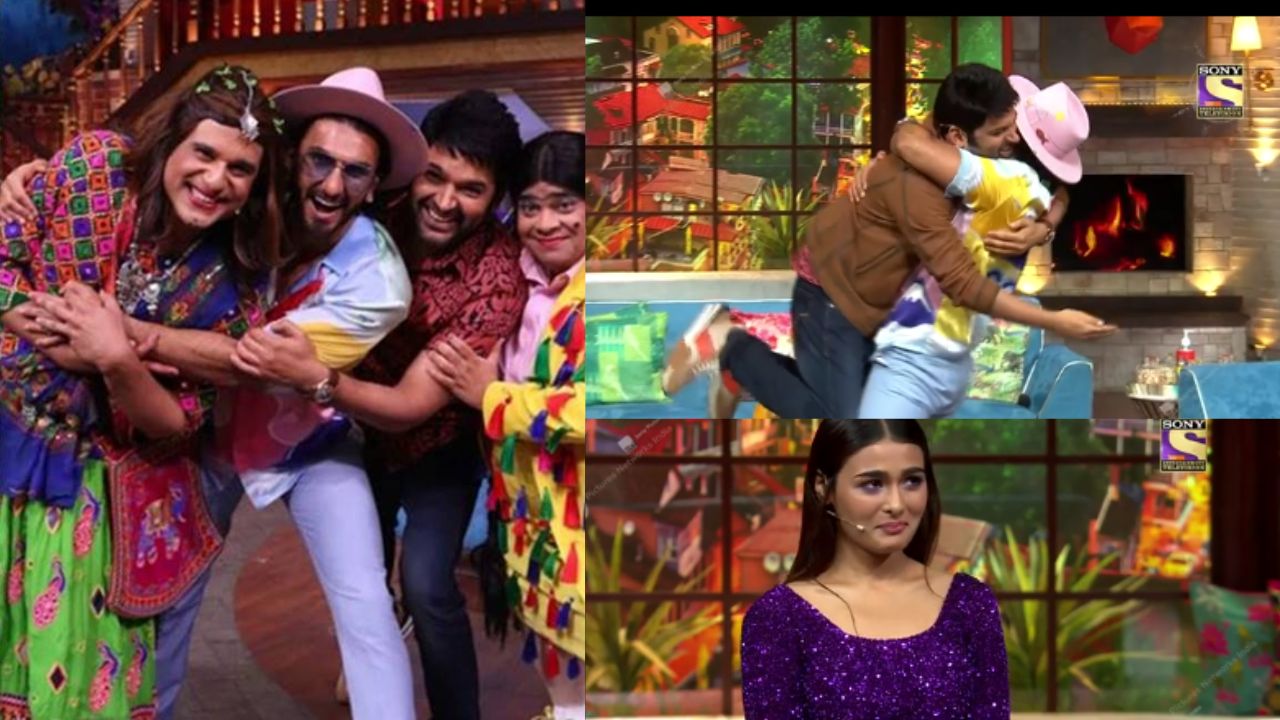 The Kapil Sharma show has geared up to premiere it’s power pact upcoming weekend with none other than Jayeshbhai Jordaar who has reached on Sony Tv for the promotion. Ranveer Singh and Shalini Pandey are to grace the show and bring the double comedy dose with host Kapil Sharma. On Tuesday Ranveer shot for the upcoming episode and Kapil glimpsed us with a few fun pictures and cool banters from the set on his social media but now adding more fun to it Sony tv has also dropped the first promo for the upcoming watch.

The Kapil Sharma show is undoubtedly one of the best place to look for while promoting the upcoming picture in Bollywood, the host of the show along with other members such as Krushna abhishek, Kiku Sharda and Sumona Chakraborty makes sure to send their laughter chills to every household but, this time it will be an add on since none other than the Ranveer Singh is set to grace the show with his Jayeshbhai Jordaar co-star Shalini Pandey. While dropping the teaser Sony Tv wrote

Although there are multiple moments to highlight in the promo, fans are all gaga over Ranveer Singh’s extraordinary energy specially when he shakes leg with Kapil Sharma on Jayeshbhai jordaar title track. On Tuesday, host Kapil Sharma gave a sneak peek at the upcoming episode. He praised Ranveer's energy and vibe in images ““Uffffff 🤩 so much energy on set, just bcoz of my bro the superstar,” in response Ranveer said ““had a rollicking time” on The Kapil Sharma Show.”