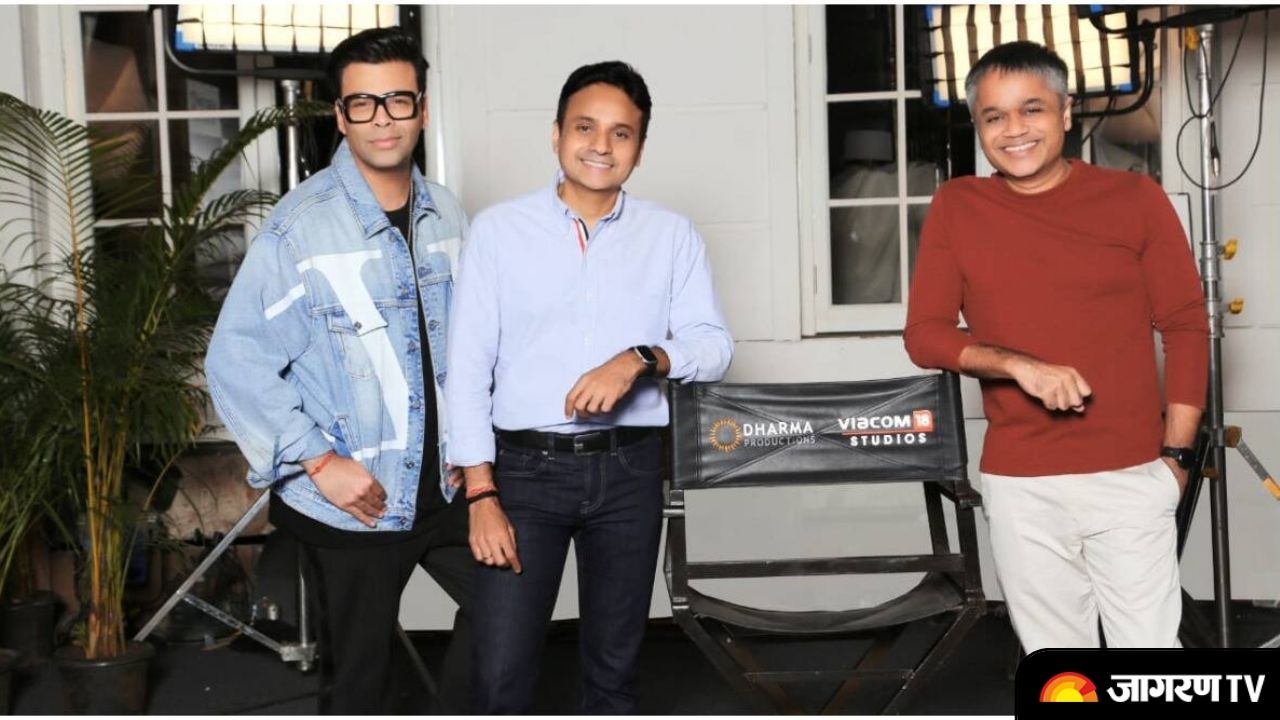 Bollywood’s production giants Karan Johar of Dharma Productions and Ajit Andhare, COO, Viacom18 Studios announced their collaboration for a slate of films on Wednesday 22 September 2021. The two houses are coming together to bring some of the most awaited films including Rocky Aur Rani Ki Prem Kahani, Raj Mehta’s Jug Jug Jeeyo and others.

We are proud to announce our partnership with @DharmaMovies to bring an eclectic range of films to entertain audiences world-over. @AndhareAjit @karanjohar @apoorvamehta18 #Viacom18Studios pic.twitter.com/dGAD5Cnce2

In the official statement on this big collaboration, Dharma Production owner Karan Johar says, “In Viacom18 Studios and Ajit, we have a partner who not only shares our vision in storytelling but also has our approach to differentiated cinema. Dharma Productions has been committed to entertaining movie-goers world over with every film and this partnership will further enable it.”

Talking about the same, Ajit Andhare, COO, Viacom18 Studios said in the statement, “As Viacom18 Studios scales up and begins a new chapter, we are looking at key partnerships with creators who shape mainstream entertainment. Collaborating to build a slate of films further strengthens our long-term association with Karan and Dharma Productions.

Let us tell you that the slate of films which will be co-produced between Dharma Production and Viacom 18 are in different stages of their production. The release of these films are stated to be in the upcoming 18-24 months.


Rocky Aur Rani Ki Prem Kahani: KJO will be back on his seat of director with this Ranveer Singh and Alia Bhatt starrer film. The film has also roped in veteran actors Dharmendra, Shabana Azmi and Jaya Bachchan.

Shakun Batra’s next: The most awaited project of Shakun Batra starring Deepika Padukone, Ananya Pandey and Siddhant Chaturvedi has finished its shooting. While the updates on the projects are all around, the film name is still not revealed. The film was shot in various Indian locations including Goa and Alibaug.