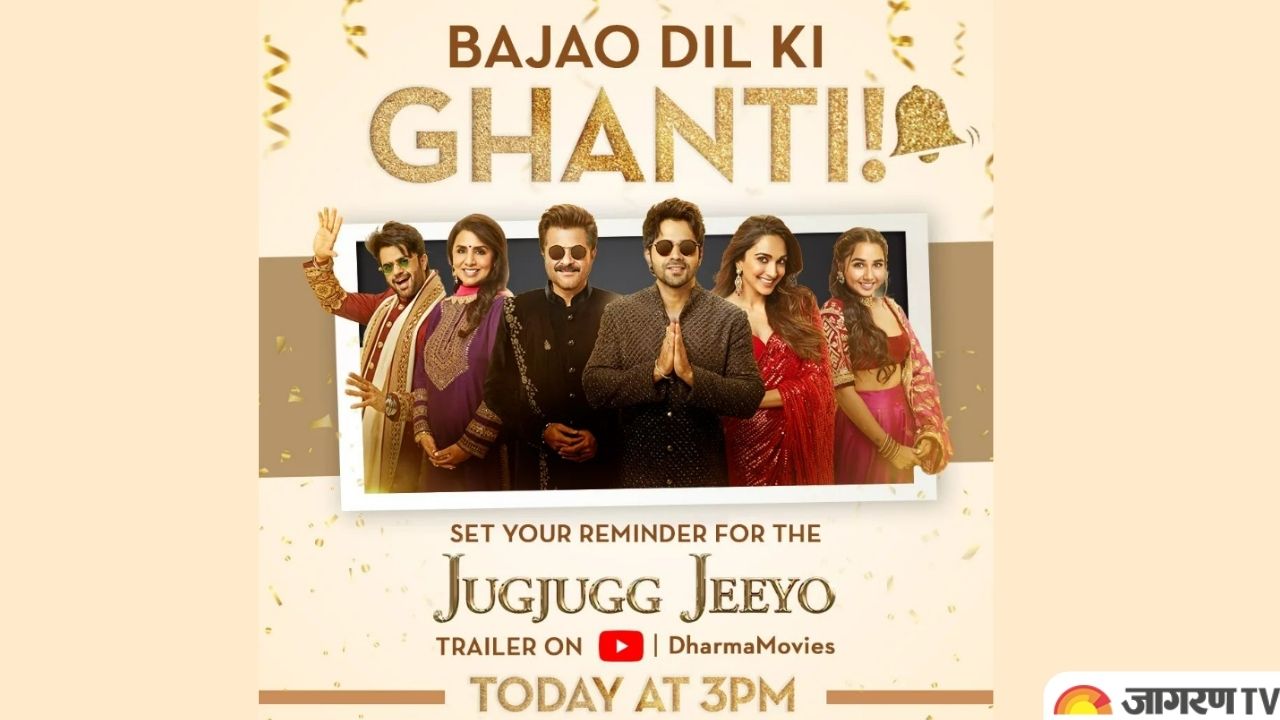 Dharma Productions most awaited film of the year, Jug Jugg Jeeyo’s trailer will be out today at 3 pm. The film features Varun Dhawan, Kiara Advani, Anil Kapoor and Neetu Kapoor in lead roles. the fans are going crazy to see the jodi of Varun and Kiara together. Also, Anil Kapoor and Neetu Kapoor are playing an important role. Dharma Productions posted on their Instagram handle about the trailer coming out today. The movie is going to be released in cinemas on 24 June this year.

Jug Jugg Jio is a comedy-drama film produced under the production of Karan Johar. The film is being directed by Raj Mehta.


However, after many motion posters of the film, now it has also been announced when the trailer of the film will be released. Apart from Varun Dhawan, Kiara Advani, Neetu Kapoor, host Manish Paul and social media sensation Prajakta Koli are also part of the film 'Jug Jugg Jiyo'. Varun Dhawan also recently shared a promotional video of the film on his Instagram.