Kartika Aryan and Alaya F celebrated the completion of ‘Freddy’ with a grand party; Picture surfaces 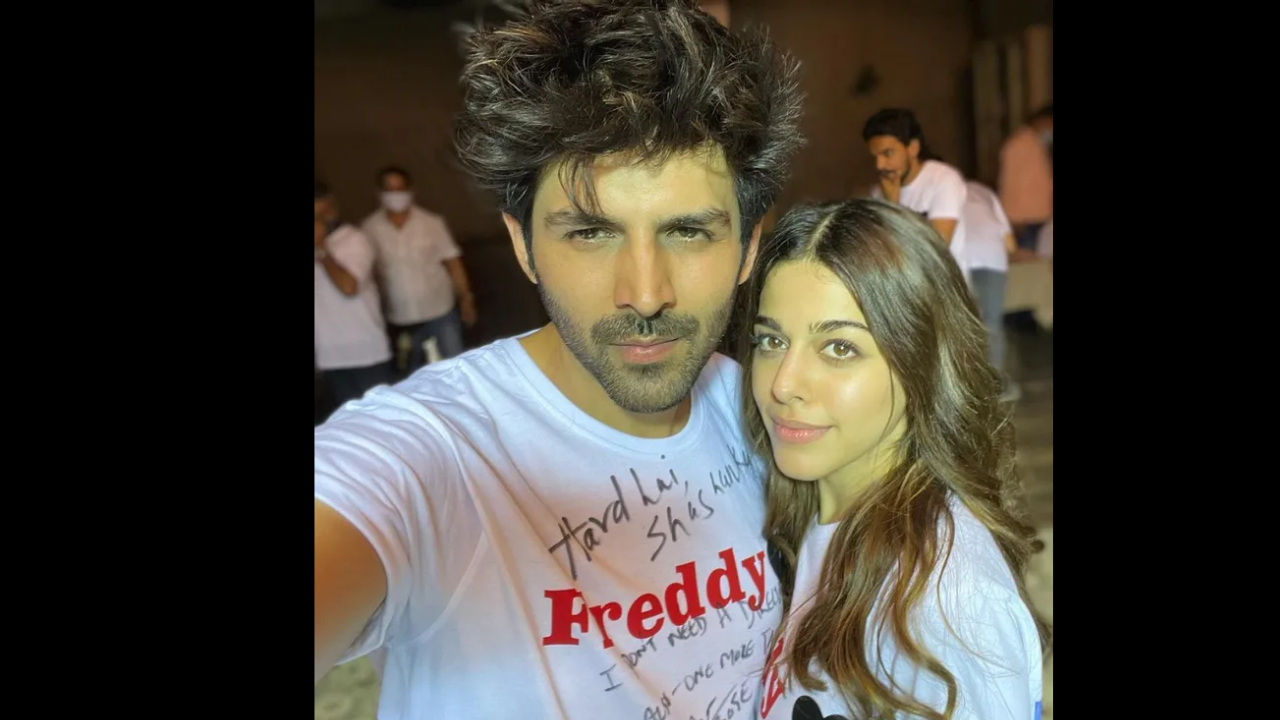 Kartik Aryan these days is quite packed with his lined up movie schedules and upcoming projects but seems like commitment comes first for Kartik and that’s why after wrapping up the climax sequence of Bhool Bhulaiyaa 2 the actor instantly shifted his work schedule to focus on his next film ‘Freddy’ despite facing some voice uneasiness. Freddy was supposed to be completed last year only but due to the outbreak of coronavirus the shoot was kept on hiatus. Now after almost a year the second schedule of the shoot begin and actors were seen flying off to Mahabaleshwar. Reportedly, the team has wrapped up the shooting of the upcoming film and were seen partying and celebrating. Many inside pictures surfaced on the internet.

Kartik Aaryan and Alaya F started Thursday on a happy note, having completed their film Freddy together. Kartik took to social media to share images from the sets. He also shared a sweet video in which the whole team of Freddy were seen enjoying and celebrating the completion. What caught the most attention was the customized T-shirts of all members including the actors written Freddy on it. Cast and crew of the film were seen writing their messages on each other’s shirt. While taking to his Instagram profile, Kartik shared a video and wrote alongside, "It’s a wrap !! A character that will always stay like a shadow with me #Freddy will see you at the theatres."

The film directed by Shashanka Ghosh stars Kartik Aryana and Alaya F in the lead role. The film is a dark romantic thriller with numerous plot twists and turns. According to reports, the plot will explore the delicate line between love and obsession. Balaji Telefilms and Jay Shewakramani are supporting the project.

Earlier kartik said “A film that’s been close to my heart, long before it began. Finally he comes to life !! Now shooting #Freddy.” while starting the shoot of the film.

Kartik Bhool Bhoolaiyaa 2 has already got the release date, while Freddy wrapped up its schedule today. Upcoming is Kartik’s Dhamaka, dostana 2, Captain India and Luka Chup 2.