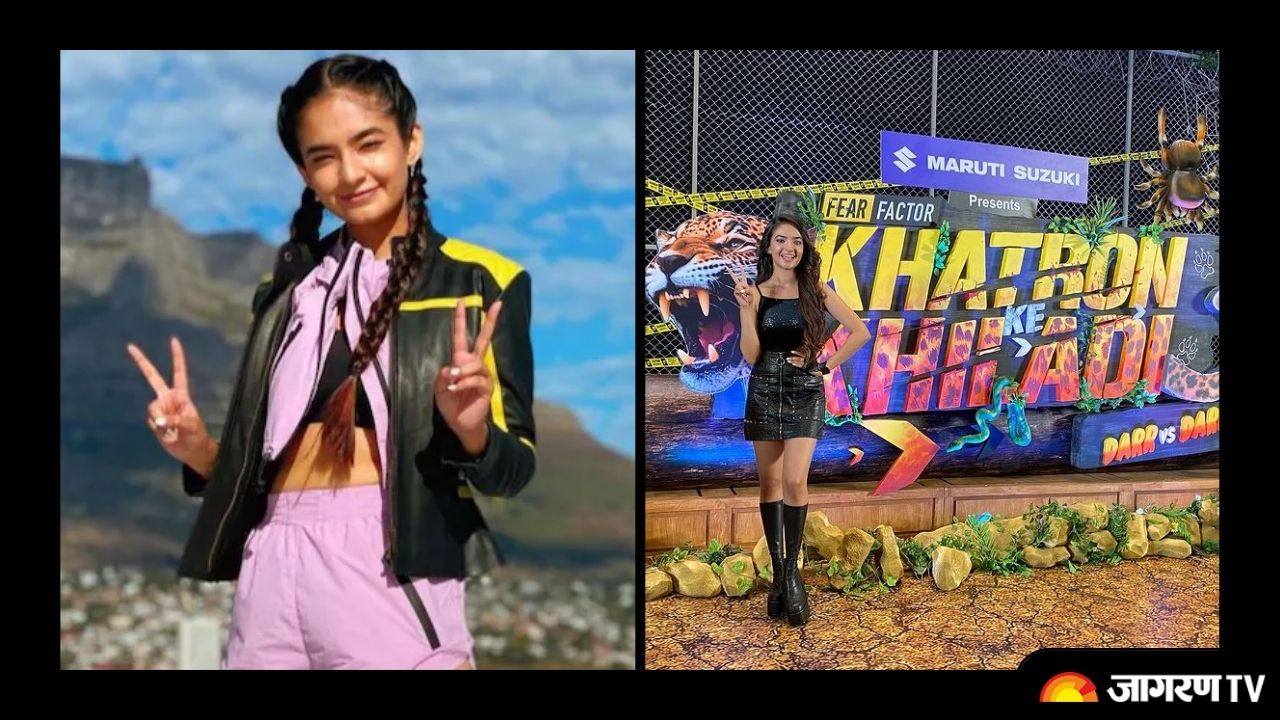 Khatron Ke Khiladi 11: In the last episode, Anushka Sen, the youngest ever contestant of KKK, was eliminated from the show. Anushka who has been very much a tough competitor and was surprising everyone with her daring attitude ended her journey of KKK 11 in the episode aired on August 30.  Sharing her experience for Rohit Shetty’s show Anushka reveals that she never thought of reaching the show at this point. She believed she might get eliminated after the first task.

Anushka who is also a big social media personality with a big fan base, took to Instagram to share her experience of KKK 11. She reveals that she never thought of coming this far in the show. When she opted to do this stunt reality show she believed she might get eliminated after the first sliminations. But Anushka proved herself and won the dare over ‘Darr’. While she didn’t win the show she has definitely won hearts.

While Rohit Shetty’s hosted show even breaks the adults, Anushka who is just 18 years old gave a tough time to her fellow celebrity contestants.


Anushka Sen was Eliminated after 14 episodes

Anushka shared a photo on her Instagram story and wrote that ‘After 7 weeks and 14 episodes, I am finally eliminated. It is a huge success for me. Because I thought that I would be out of the show only the first week. But I kept on performing and kept fighting. Everyone supported me a lot. What a beautiful journey. This journey made me strong and I got to learn a lot during this time. Got to know a lot about myself. For me the love of my fans is everything. Thank you all for your continuous support.’