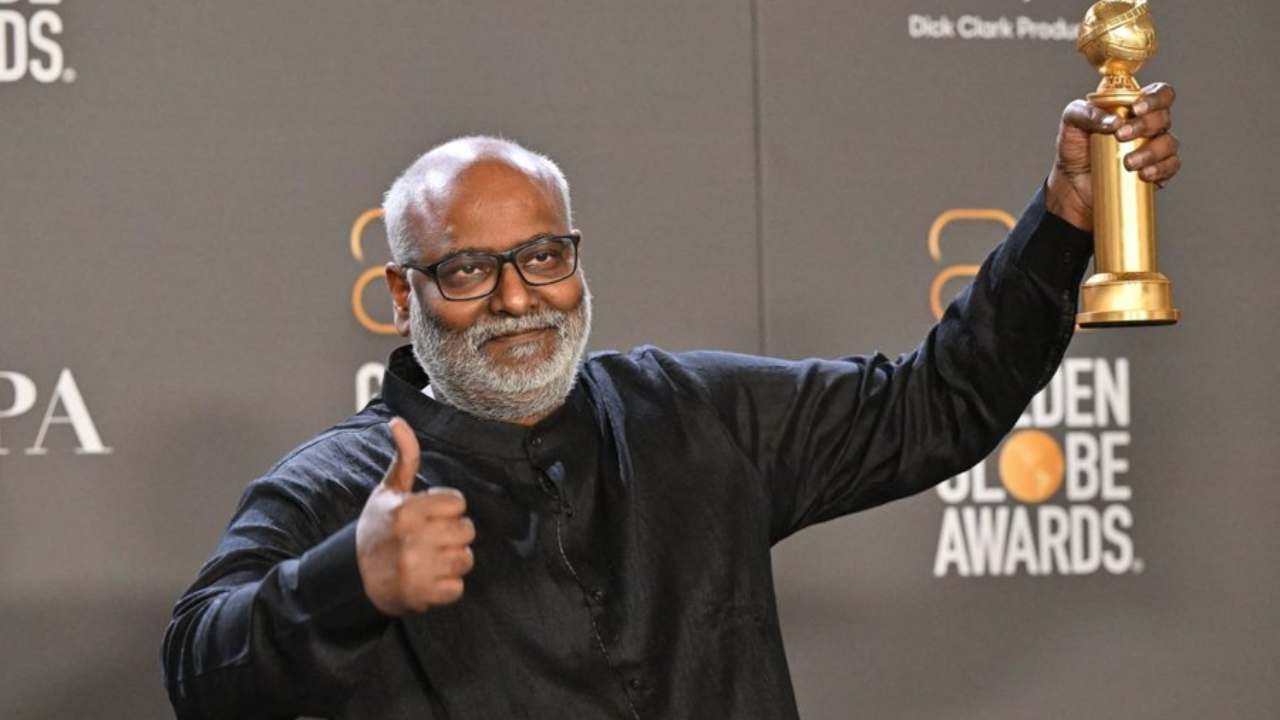 The song "Naatu Naatu" by RRR won the incredible accolade at the 2023 Golden Globe Awards, making history. The hit song by Ramcharan and Jr. NTR, "Naatu Naatu," was nominated for Best Original Song.

INDIAAAAAAAA…. THIS IS THE BEST NEWS to WAKE UP TO!! 🇮🇳🇮🇳🇮🇳#NaatuNaatu becomes the first ever Asian song to win a #GoldenGlobes . 🤘🏻🌋 #RRRMovie pic.twitter.com/LXHZqhmNaY

Koduri Marakathamani Keeravani, an Indian film composer, playback vocalist, and lyricist, primarily works for the music industry in Telugu-language films, additionally he is credited with writing some of the best lyrics in Hindi, Tamil, Kannada, and Malayalam. M.M Keeravani is the recipient of numerous accolades including the filmafare, Nandi awards, Tamil Nadu state awards and also the Saturn awards for Baahubali’s music.

Born and brought up in a Telugu family in Kovvur, Andhra Pradesh, his father was a lyricist and screenwriter. His brother Kalyani Malik is also a music director and singer. M.M Keeravani is also the cousin of RRR director SS Rajamouli.

Early in his career, Keeravani assisted Malayalam composer C. Rajamani as a music director. As a self-employed musician, Keeravani had his major break in 1990 with the release of the movie Kalki. Keeravani became recognized as a renowned music director thanks to Ram Gopal Varma's movie Kshana Kshanam which was released in 1991. M. Keeravani created the soundtrack and ambient music for the movies Baahubali 1 and 2.