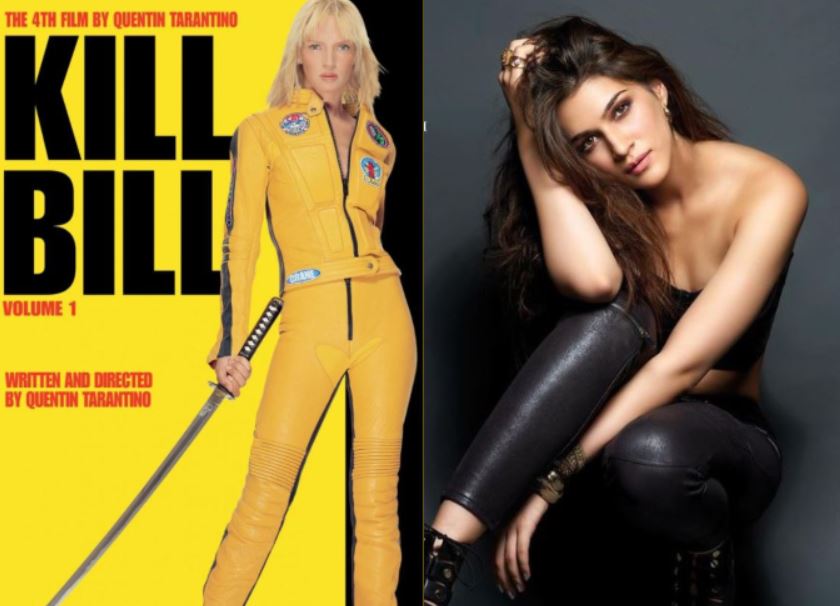 Kriti Sanon in Kill Bill remake: Quentin Tarantino’s action-crime-drama film Kill Bill was a worldwide hit in the year 2003. Looking forward to its popularity, Indian actor-director Nikhil Dwivedi acquired the rights of the film for its Hindi remake. The film is all set to go on floors and will be produced by Anurag Kashyap. According to the latest reports, The makers of the film have reached out to Kriti Sanon for the lead role in the Hindi adaptation. In the original film, the lead role was played by actress Uma Thurman.


A source from Pinkvilla revealed that “Nikhil has been working closely on the script of Kill Bill adaptation with Anurag Kashyap all through the lockdown. The duo is calling it a homage to the original film and have finally locked a script that does justice to the legacy of the Quentin Tarantino directorial.”

The Source further shares that Kriti Sanon has been approached for the lead role in this action film. “Anurag and Nikhil have now taken a step ahead to move on to the casting front and initiated conversations with Kriti Sanon to play the lead,”

The reports also mention that Kirti has accepted the offer and soon all the paperwork will be completed.

Let us tell you that this film will be Kriti Sanon’s first action female-centric film. The actress has to work a lot on her body and will undergo a major transformation for the same. Talking about Kriti’s role, Pinkvilla’s source added, “It’s the character of an assassin, termed as the deadliest woman in the world. The action aside, there runs a strong undercurrent of revenge and emotions all through the narrative, much like the original film,”


Well if things go right this film may hit the box office collection. The hopes are high with the production team and actress since the original film was a blockbuster.